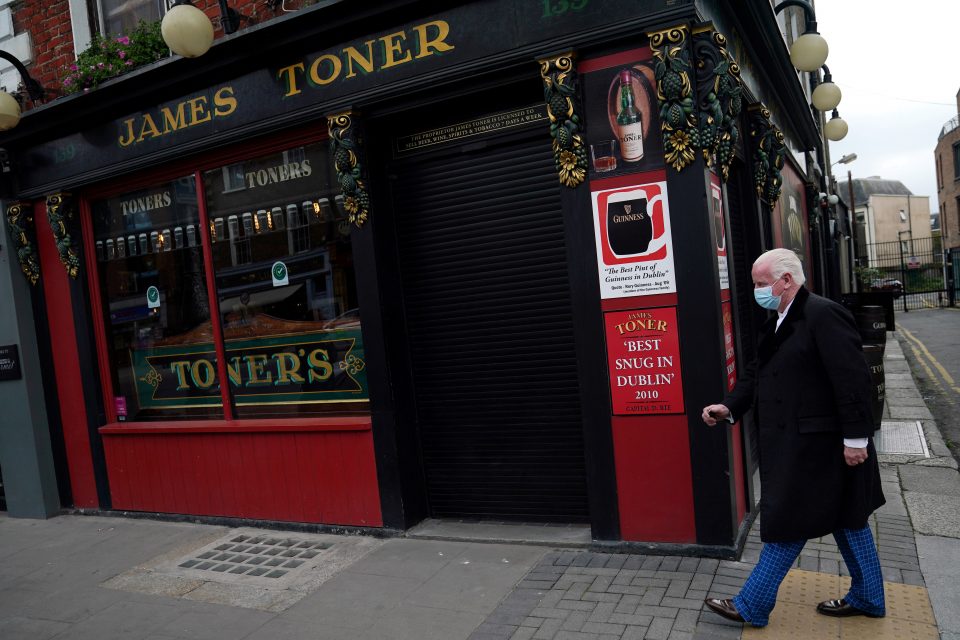 The National Public Health Emergency Team called for a leap to the highest level of COVID-19 restrictions, Level 5, late on Sunday, just three days after telling government the current Level 2 status for most of the country was appropriate.

While Ireland reported the highest number of daily cases since late April on Saturday, its 14-day cumulative case total of 104.6 per 100,000 people is only the 14th-highest infection rate out of 31 European countries monitored by the European Centre for Disease Control.

The leaders of the three governing coalition partners will meet Ireland’s chief medical officer on Monday before cabinet considers the advice.

“If we’re brutally honest, as a people we could better adhere to existing restrictions. Let’s collectively put that right rather than going nuclear just yet,” Barry Cowen, a member of parliament from Prime Minister Micheal Martin’s Fianna Fail party said on Twitter.

One of the health officials that provided the advice said Ireland could run out of intensive care beds by the start of November if the current trajectory of COVID-19 cases continued.

“It’s more than fear, it’s the reality. If we keep going the way were are, if you or I had a bad road traffic accident in November or needed emergency cardiac surgery, there may not be an intensive care bed,” Mary Favier, a general practitioner and member of the emergency team, told national broadcaster RTE.

One minister said a decision needed to be made on Monday.

“Doubt many of us got a night’s sleep. So many worries and questions on people’s minds. Today needs to bring clarity,” said Higher Education Minister Simon Harris, the health minister during one of Europe’s strictest lockdowns earlier this year.

Under Level 5, people would be asked to stay at home, except to exercise within 5 km, with only essential retailers allowed to stay open.

Ireland re-opened its economy at a slower pace than most of Europe from May and while its large multinational sector has shielded it from the worst of the economic hit, the unemployment rate is stuck just below 15% even as the government props up wages in many parts of the economy.

“This is crazy. It is just going to cause decimation if we shut down at this time,” Duncan Graham, head of Retail Excellence, the sector’s main lobby group, told RTE.

Top 10 celebrities you didn’t know were related to royalty

Waning antibody immunity to COVID-19 over time, vaccine efficacy not necessarily in doubt