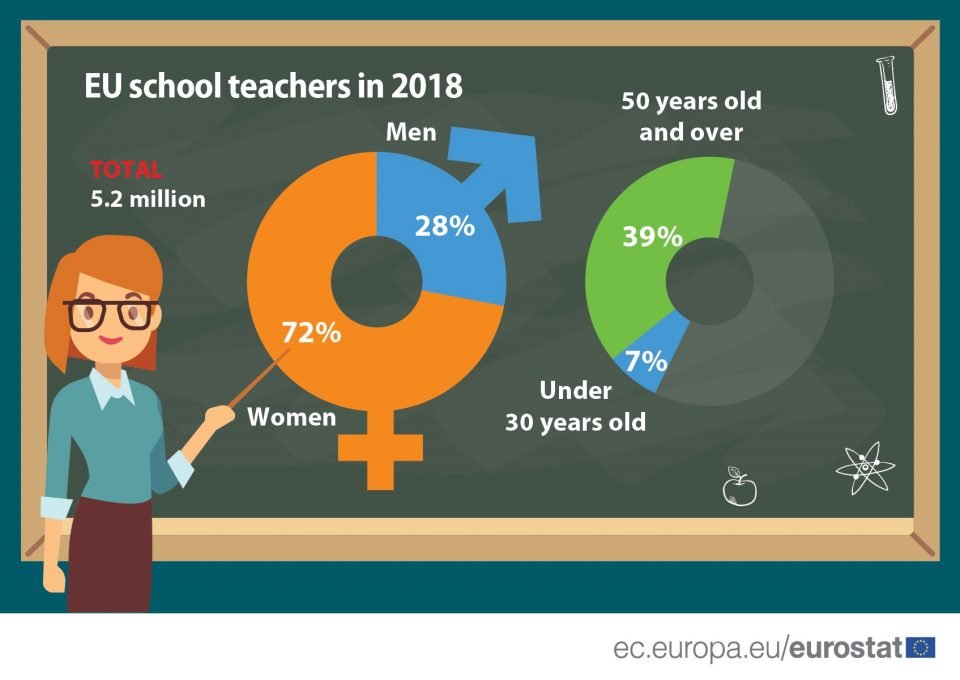 More than 73 per cent of school teachers in Cyprus are women, higher than the EU average, a study published by Eurostat on Monday, World Teachers Day, reveals.

In all EU member states, school teachers in 2018 were predominantly female. However, the share of female teachers was the highest in Latvia, 87 per cent, followed by Lithuania, 85 per cent, and Bulgaria, Estonia and Slovenia (all 83 per cent).

The share of male teachers was highest in Denmark, 38 per cent, and Luxembourg, 36 per cent, followed by Greece and Spain, both 34 per cent.

Armenians, Azeris accuse each other of striking civilian areas

Top 10 celebrities you didn’t know were related to royalty