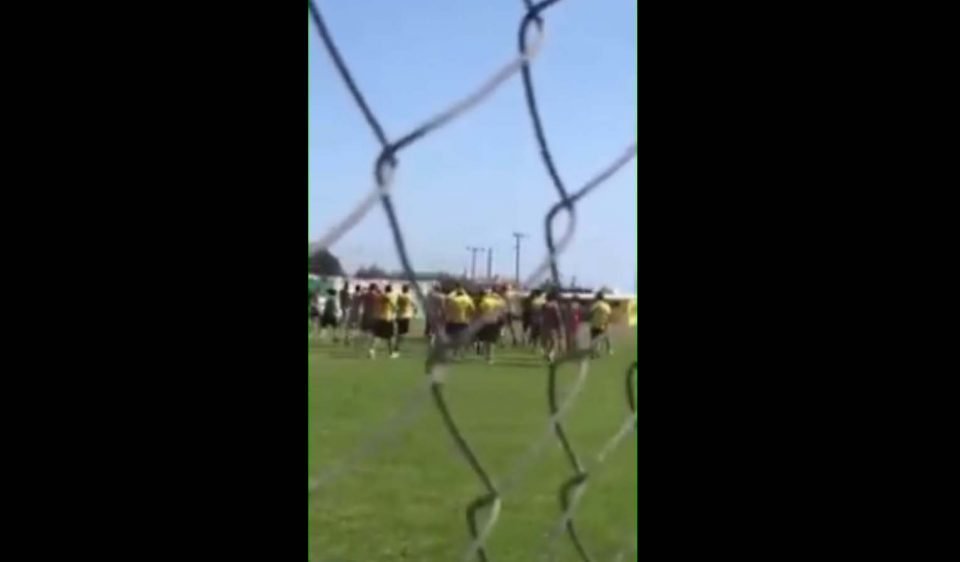 The women’s football game between AEL Limassol and Omonia Nicosia that took place on Sunday in Ypsonas was marred by serious incidents as several home fans entered the pitch after the game and started a violent altercation with members of the visiting team as well as with other fans.

The number of fans at the match was higher than normal for a women’s football game, as beforehand AEL had called on fans to go to the stadium and show their support. As a result, the stands at the venue in Ypsonas were packed.

However, at the end of a tightly contested game, Omonia won 3-2 and, when players approached the stands to celebrate with their friends and families, some AEL fans started throwing beer bottles, lighters and other items on the pitch.

As a response, an aggravated member of the Omonia technical staff started provoking the home fans and, as a result, some of them entered the pitch and started beating the officials up while pushing around and insulting anyone who intervened.

“We have never experienced anything like this,” Omonia’s Marianna Nicolaides told radio station Super Sport after the game.

“Home fans started taunting us with heavy insults from the start of the game. Apart from what happened at the end of the match, they also tried to push our own fans away from the stands saying the stadium was their home and they could do what they wanted.

“Our team member should not have provoked the home fans but that cannot be an alibi for what happened. Our physio was badly beaten and one of our players was hit by an object thrown from the stands. This is unacceptable.”

Nicolaides said the police response was also delayed, claiming they arrived only 15 minutes after the end of the game.

“It was AEL’s responsibility to call the authorities once it was clear that the whole situation was tense. We are lucky no one ended up in hospital,” she said.

In an unrelated incident on Sunday, the surface of the Tsirio stadium in Limassol was damaged by AEL fans who celebrated the 90th anniversary of their team with fireworks and torches on Sunday, while police are investigating if the injuries of two people in the Enaeris area, where the team’s association is located, are related.

Armenians, Azeris accuse each other of striking civilian areas