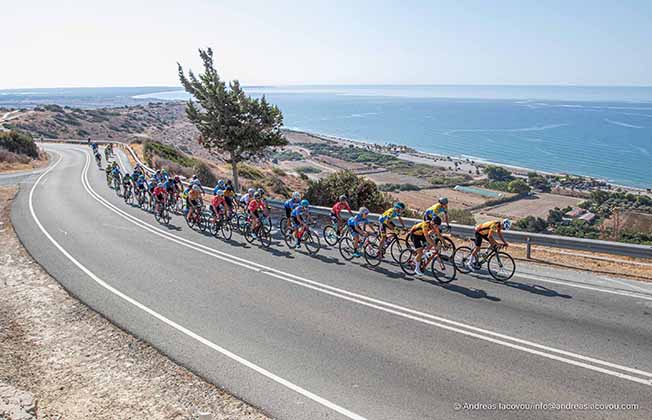 89 athletes took part in Sunday's race, which involved an 95.9 kilometre route coursing through a number of villages in the Limassol district

The Cyprus Gran Fondo Apollo, a three-day ‘Road Cycling for All’ event, took place in Limassol, with the event finishing at the location of the ancient city-state of Kourion outside of Limassol. The event was organised by Activate Cyprus and the Limassol City Council.

The Cyprus Gran Fondo Apollo was won by rider Alexandros Matsangos with a time of 2:20:59.86, with Alexandros Agrotis and Georgios Fattas coming in second and third place respectively. Agrotis finished 20 seconds behind Matsangos, while Fattas finished 40 seconds behind the leader. Constantinos Pavlides and Armando Archimandrites took fourth and fifth position respectively.

89 athletes took part in Sunday’s race, which involved an 95.9 kilometre route coursing through a number of villages, including Alektora, Platanisteia, Agios Thomas, Avdimou, Anogyra and Pachna, with Kourion being the final destination.

This was the first Gran Fondo event hosted in Limassol and was supported by the local council from day one. There is an ambition to turn this into an international event in 2021. The route passed by a number of notable locations in the Limassol district, including scenic villages and ancient monuments and sites.

The event was conducted with the implementation of all health and safety guidelines issued by the Ministry of Health and Cyprus Sports Organisation.

While the event was organised and run by Activate Cyprus and the Limassol City Council, it was also supported by the local communities of Alektora, Anogyra, Avdimou, Pachna, Pissouri, and Platanisteia, which the main organisers thank for their contribution.

The event was also supported by the Antiquities Department, the Limassol Cycling Club, OTE Performance Nutrition and Cyclo Shop. The event was held under the auspices of the Cyprus Cycling Federation.

All results can be viewed here: http://www.activatecyprus.com

Coronavirus: if protocols not better followed, caseload could go to 100 a day, adviser says

To make a living artist juggles craft with business