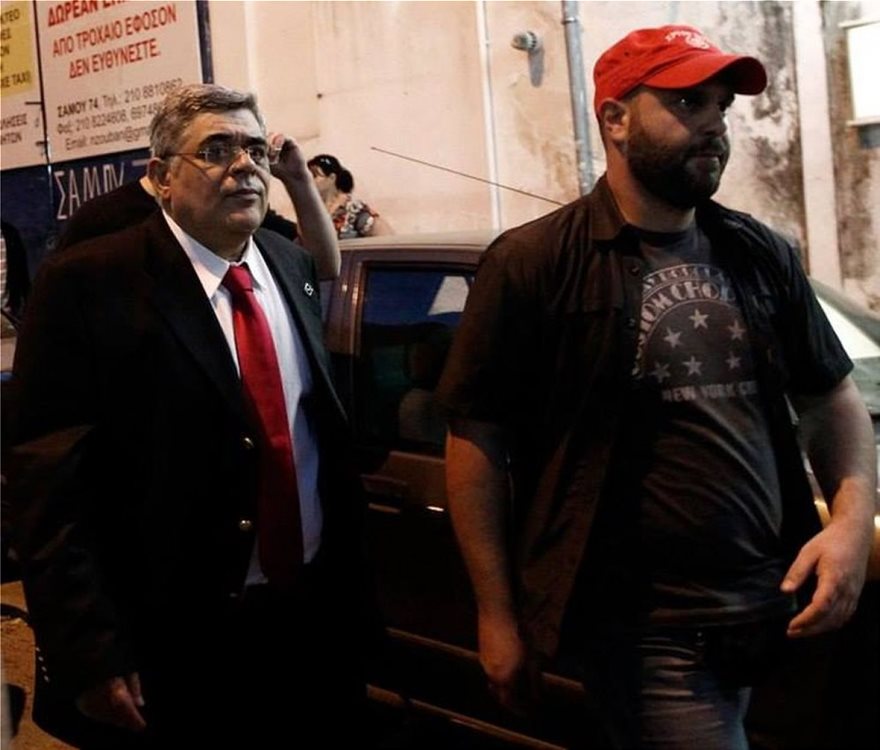 Akel on Thursday asked Attorney-general Giorgos Savvides to investigate whether Greece’s neo-Nazi party Golden Dawn had committed any crimes in Cyprus after a Greek court declared them a criminal group.

In a letter to the attorney-general, Akel leader Andros Kyprianou said there had been dozens of public admissions regarding the Golden Dawn’s links and cooperation with Cyprus far-right party Elam “and we wonder whether there are reasons for the Legal Service to investigate anew, the possibility of them committing criminal offences in Cyprus too.”

Kyprianou said this was also provided for in a resolution passed by parliament, which called on the authorities to follow the trial and carry out an investigation when appropriate.

Golden Dawn was catapulted from obscurity to infamy in the space of a few years, attracting supporters with a xenophobic rhetoric at the height of Greece’s debilitating debt crisis.

But it started to unravel in September 2013, when a party supporter was arrested for the killing of Pavlos Fyssas, a musician and rapper aligned to the political left.

Golden Dawn members, including its leader Nikos Mihaloliakos, were rounded up and authorities launched an inquiry into whether the group was a criminal organisation in parallel to the probe into Fyssas’s death.

Before the court ruled that the party leadership was running a criminal group on Wednesday, it found Golden Dawn supporter Yiorgos Roupakias guilty of Fyssas’s murder.

Prosecutors had charged 65 people, including 18 former Golden Dawn lawmakers, with being members of a criminal group.

Dozens of others on trial, party members and alleged associates, face convictions on charges that range from murder to perjury, linked to violent attacks on immigrants and left-wing activists.

Though admitting being linked to Golden Dawn many times in the past, Elam was quick to distance itself on Wednesday, following the court’s verdict.

In a statement, the party said it had severed all links to Golden Dawn a long time ago, claiming those who said otherwise had ulterior motives.

The statement drew ridicule on social media, with users posting photos of Elam chairman Christos Christou during his sting as Mihaloliakos’ bodyguard, as well as interviews in which he was adamant regarding the links to the now criminal organisation.

“We are Cyprus’ Golden Dawn,” Christou had said.

The difference in name is attributed to the Cypriot interior ministry’s refusal to register them under the name Golden Dawn.

Cabinet to grant special entry permits to some third-country workers