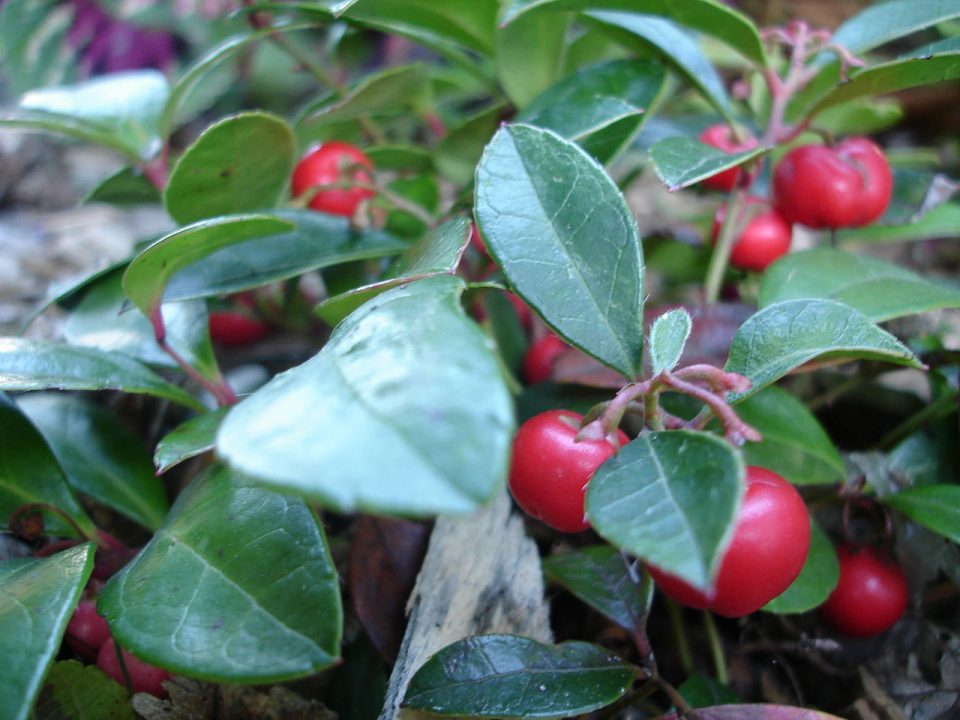 Habitat: A creeping evergreen shrub member of the Ericaceae family, growing to about 15cm in acid woodland soil in North America. The leaves are dark green and privet-like, and clustered at the end of thick stems. In summer, the plant produces tiny bell-shaped flowers that transform into scarlet berries in the autumn.

What does it do: This is one of the herbs favoured by Native Americans and was adopted by early American settlers that followed their practices. The Inuit of Labrador eat the berries as a treatment for paralysis, headaches and sore throats.

The plant contains up to 95 per cent methyl salicylate, a source of aspirin; the remainder comprising gaultherilene and gaultherine. These chemicals are present in the volatile oil which is extracted by steam distillation after the leaves have been macerated in warm water. The oil of wintergreen is present in a plethora of linaments and embrocations.

The plant is anti-rheumatic, anti-inflammatory, stimulant, tonic, diuretic, astringent, analgesic and a galactagogue (increases milk flow in nursing mothers). It is current in the British Herbal Pharmacopoeia for rheumatoid arthritis, and is recommended by herbal practitioners for a wide range of muscle and joint ailments such as lumbago, inflamed joints, backache, sciatica, neuralgia, sprains, torn muscles, intercostal neuralgia (pain in a nerve serving the chest) and for urinary disorders, as well as being a folk cure for what was described as ‘irritations of the teeth and gums’. Wintergreen is one of those preparations much favoured by the elderly for giving relief to aching feet in footbaths.

Aromatherapists combine wintergreen with other oils to treat cellulites; it is also present in the Swiss remedy Olbas Oil, which is very popular as a treatment for colds, winter flus, and as an inhalant for blocked sinuses.

In addition to the above, the herb is used extensively as a flavouring agent for toothpaste, chewing gum, root beer, Coca Cola and many other soft drinks.