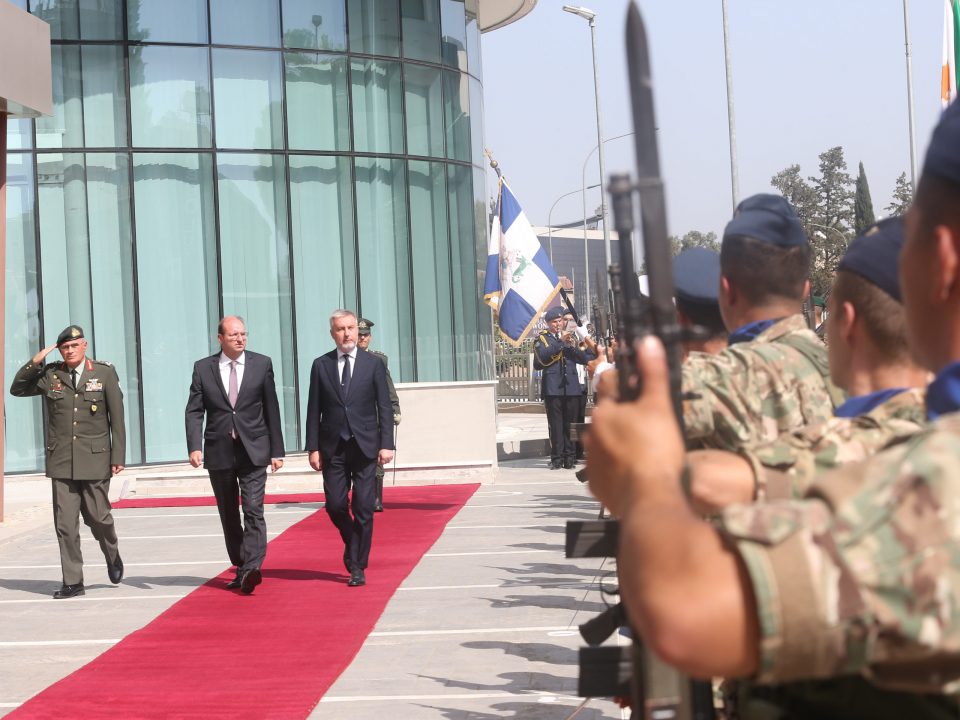 The reopening of a part of the Varosha fenced area’s coastal front to visitors is an illegal and immoral action carried out by Turkey, according to Defence Minister Charalambos Petrides, who met his Italian counterpart Lorenzo Guerini on Thursday in Nicosia to discuss strengthening bilateral relations and developments in the Eastern Mediterranean region.

Speaking to the press after the meeting, Petrides said Turkey’s continuous provocations test the credibility and the ability of the EU to effectively protect its vital interests, as well as the sovereign rights of its member states.

“The provocative and aggressive actions we are witnessing today once again prove Turkey’s real intentions and violate every principle of international law,” he said.

Guerini agreed with the statements made by Petrides and called Cyprus “a vital country for peace and stability in the Eastern Mediterranean area.”

The Italian defence minister also reaffirmed his country’s commitment to strengthening the bilateral cooperation with Cyprus Italy at a military level, therefore vowing for more sea exercises, along with France, in the near future.

“We stand with Cyprus and our goal is to de-escalate tensions in the region and try to open a constructive dialogue with Ankara while staying true to our principles,” he said.

Guerini added that, despite the issues posed by the ongoing Covid-19 pandemic, the latest military exercise, called Eunomia 2020, which involved the participation of Cyprus, Italy, France and Greece, is a tangible proof of the high level of military cooperation between EU member states.
“Europe must become stronger and more united in the field of defence. The cooperation between Cyprus and Italy can play an important role to that extent.”

Petrides said Cyprus will continue to exchange views about security in the Eastern Mediterranean area with Italy, France and Greece and vowed to organise other joint initiatives in line with directives from the EU’s Permanent Structured Cooperation (PESCO), the general plan outlining security and defence policies among member states.