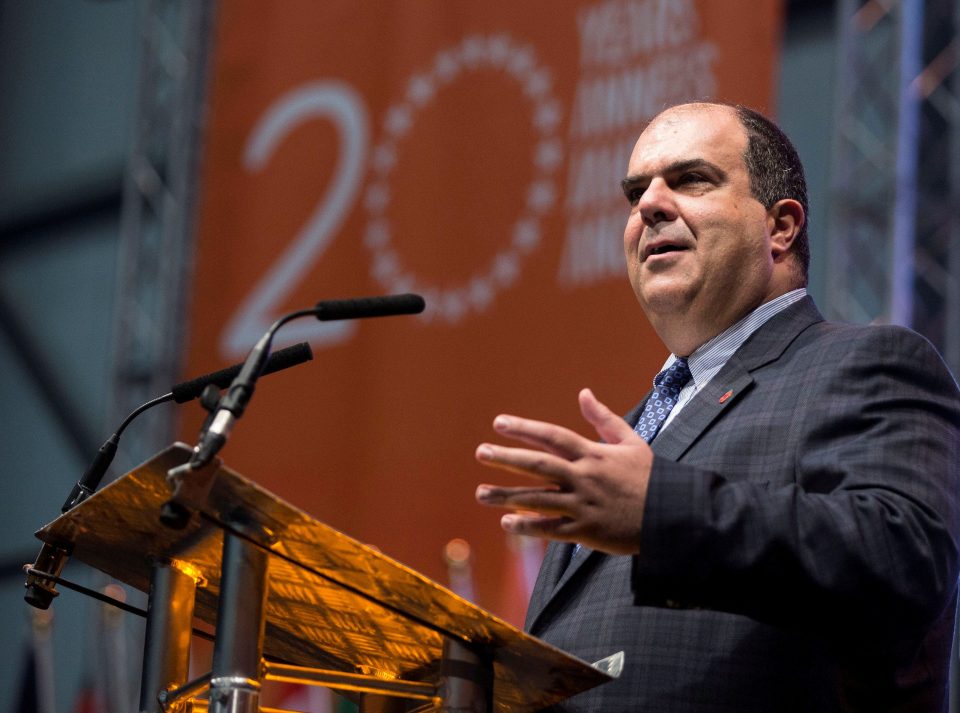 EasyJet founder Sir Stelios Haji-Ioannou has relaunched his campaign against the board of the budget airline just as the company announced that it expected its first annual loss in its 25 year history — more than £800 million.

Haji-Ioannou, who controls just less than 30 per cent of EasyJet shares, slammed the board of the airline, complaining: “The EasyJet scoundrels must stop squandering shareholders’ money on buying 100 more planes when 75 per cent of the current fleet (337 planes) is just sitting idle on the tarmac.” The remarks which appeared in a statement released on Thursday, continued:

“The scoundrels have lost around £1.3 billion of shareholders’ equity in the last 12 months and yet want to keep buying more and more aircraft.”

EasyJet has a £4.5 billion order standing with Airbus for 107 new jets which Haji-Ioannou says puts the future of the business at risk.

In May, Haji-Ioannou offered £5 million for a whistleblower to come forward with information that could cancel the order with Airbus.

He has also accused board members of “receiving incentives” from Airbus. The board has denied the accusation.

At a board meeting in May, Haji-Ioannou attempted to oust the chief executive, Johan Lundgren, the chairman, John Barton, the finance chief, Andrew Findlay, and the non-executive director Andreas Bierwirth over the board’s refusal to cancel the aircraft order, placed with Airbus in 2013.

All four resolutions were defeated with over 99 per cent of votes cast by independent shareholders – those not held by Haji-Ioannou or related parties – supporting the board. Haji-Ioannu has contested the results of the vote, claiming that Airbus actually owns shares through proxies.
EasyJet expects to fly at only 25 per cent capacity into next year.  The airline’s Chief Executive Johan Lundgren is seeking increased government support: “Aviation continues to face the most severe threat in its history and the UK government urgently needs to step up with a bespoke package of measures to ensure airlines are able to support economic recovery when it comes.”
previous post

Exploring the heart – the circulatory system!