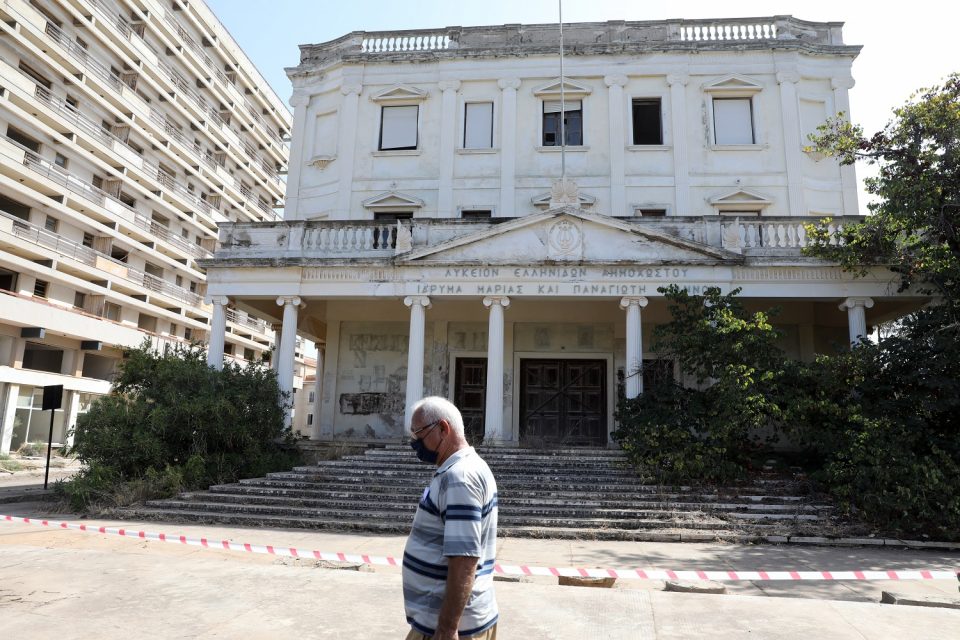 By Evie Andreou and Peter Michael

PRESSURE was building on Turkey late Friday ahead of a closed-door UN Security Council meeting on Varosha in New York that began late at night Cyprus time.

Just hours before, US Senators Robert Menendez and Chris Van Hollen sent a letter to President Donald Trump asking him to urge Turkey to comply with UN Security Council Resolutions on the fenced-off area of Famagusta, which has been under Turkish military control since 1974.

The two senators expressed their concern about Turkish President Tayyip Erdogan allowing the  opening of the beach area within the sealed-off town on Thursday.

“We urge you to directly call on President Erdogan to reverse the decision.  We also urge you to work through the United Nations Security Council to ensure implementation of the organisation’s existing resolutions regarding Varosha,” the letter read.

The senators added they supported a return to dialogue, but tension caused by Turkey in the Eastern Mediterranean, and Erdogan’s move on Varosha, “calls into serious question Turkey’s genuine commitment to a diplomatic path forward”.

“Working with the European Union, the United States must lead and effort to condemn these actions,” the letter read.

It added: “We understand that you have a close relationship with President Erdogan and that you communicate with him frequently.  We support engagement with leaders around the world if used in ways that advance the US interest.

It also pointed out that the Varosha move was damaging prospects for a resumption of Cyprus talks.

Earlier, an US Embassy spokesperson told CNA: “The US Embassy has been following the developments in Varosha closely.  The reopening of Varosha is inconsistent with UN Security Council Resolutions 550 and 789 and counterproductive to the resumption of settlement talks.”

“The United States supports efforts toward de-escalating tensions in the Eastern Mediterranean and continues to call for the resolution of issues through dialogue and in accordance with international law,” the spokesperson noted.

“The British High Commissioner reaffirmed the UK’s continuing support for a settlement to the Cyprus issue, expressing concern about the situation with Varosha and noting ongoing discussion at the UNSC,” a statement from the high commission said.

The UN Security Council at its closed-door meeting was reviewing a request filed by Cyprus to address the opening of the beachfront in Varosha. Cyprus filed a request referring to the fenced off area of Famagusta based on Article 35 of the UN Charter.

The Security Council is likely to do no more than reaffirm previous resolutions it issued on Varosha.

Ahead of the meeting, the UN Secretary-General’s spokesman Stephane Dujarric was asked by a reporter in New York for a comment on the recent developments.

“The Secretary-General’s comment remains the same, that our view and our position is guided by Resolution 550, which states that it considers any attempts to settle any part of Varosha by people other than its inhabitants as inadmissible,” Dujarric responded.

“So you condemn it? the reported asked.

“We’ve stated our position which is guided by the Security Council resolution,” Dujarric said.

At home, the House plenum passed a resolution condemning Turkey’s move which, it said, aimed at gradually leading to Varosha’s resettlement, and undermines the prospect of a comprehensive settlement of the Cyprus problem. The resolution, tabled by Diko, was unanimously approved.

It reaffirms all its previous resolutions on Famagusta and called on Turkey to end its illegal plans, respect the 1979 High-Level Agreement, and implement the UN Security Council resolutions on the return of the fenced area of Famagusta to its legal inhabitants, in particular resolutions 550/1984 and 789/1992.

“The change of the status of the fenced town by Turkey is aimed at the alteration of the property status in the area and of the prospect of the return of Varosha  as provided by the relevant Security Council resolutions,” it said among other things.

The resolution also stresses that it rejects any attempt to change the basis of the solution of the Cyprus problem and claims over confederal or partitionist solutions.

It also “reaffirms the will of the Greek Cypriot side for a dialogue to resolve the Cyprus issue on the basis of UN resolutions and decisions, but also the principles and values of the European Union.”

Turkey’s move on Thursday to open  part of the fenced Varosha area, two streets and a small beach area, allowing in visitors, has stirred strong reactions within Cypriot society with many seeing this as an attempt by Turkey to introduce new faits accomplis.

Former Foreign Minister Ioannis Kasoulides said the situation on Varosha was reversible as long as no faits accomplis were created.

During an interview on ruling Disy’s channel, #Disy talks, Kasoulides said that if the talks on the Cyprus problem start immediately after elections in the north this month, and depending on who the new Turkish Cypriot leader is, if there are no faits accomplis such as properties sold to third parties, “what has been done is reversible.”

He said the Republic of Cyprus needed to stay calm and not fall into Turkey’s trap by declaring it would not go to talks.

“It is up to us,” Kasoulides said, referring to the expressed willingness by the UN Secretary-General to revitalise diplomatic efforts in Cyprus after elections in the north and the announcement by the EU leaders last week on the willingness to play an active role by appointing a representative to the UN Good Offices Mission to support the negotiations.

“Everything will be judged at the negotiations table,” he said, adding that what is need is will for solution and for things to start from where they left off in Crans-Montana in 2017.

On concerns over Turkey’s statements on a different type of solution, Kasoulides said what Ankara says for internal consumption is one thing and what it will submit to the negotiating table is another.

Famagusta refugees condemned the Varosha opening and protested any further steps during a demonstration held on Thursday evening at the Dherynia crossing.

Some are more optimistic than others.

“This was another smart move by (Turkish President Recep Tayyip) Erdogan,” Andreas Paralikis from Famagusta told the Cyprus Mail on Friday.

He said on one hand, he said, Turkey wanted to get ‘prime minister’ Ersin Tatar elected as the new Turkish Cypriot leader to avoid dealing with incumbent Mustafa Akinci who has openly defied Ankara on several occasions. Akinci is running for a second term.

“On the other hand, they want to give us a last warning that unless we seriously compromise this will be the end of the Cyprus problem,” Paralikis said.

He said it was up to what the Greek Cypriot side wanted. “Do we want a rational compromise, which needs to be made urgently, or see 37 per cent of Cyprus becoming a Turkish protectorate with all its consequences?” he asked.

Paralikis believes that a new step by Turkey in Varosha will not be made anytime soon arguing that it will take years to repair the buildings.

Another Famagusta refugee, Iacovos Loizides, believes Turkey will gradually open Varosha for its own gain but will not give any rights to the Greek Cypriot owners.

He feels the Greek Cypriot side bears little responsibility for the way things have turned out.

“There is power imbalance, the other, stronger side wants to enforce its own terms,” he said.

He used to be more optimistic in the past, he said. “Now I do not think a single soul is going back.”

For Loizides, there is no longer a Cyprus problem. He said the reason the talks are prolonged is for politicians to keep their jobs and for the government to avoid addressing the issue of compensation to refugees for their lost properties.

Israeli girl makes a splash with her pet snake (video)