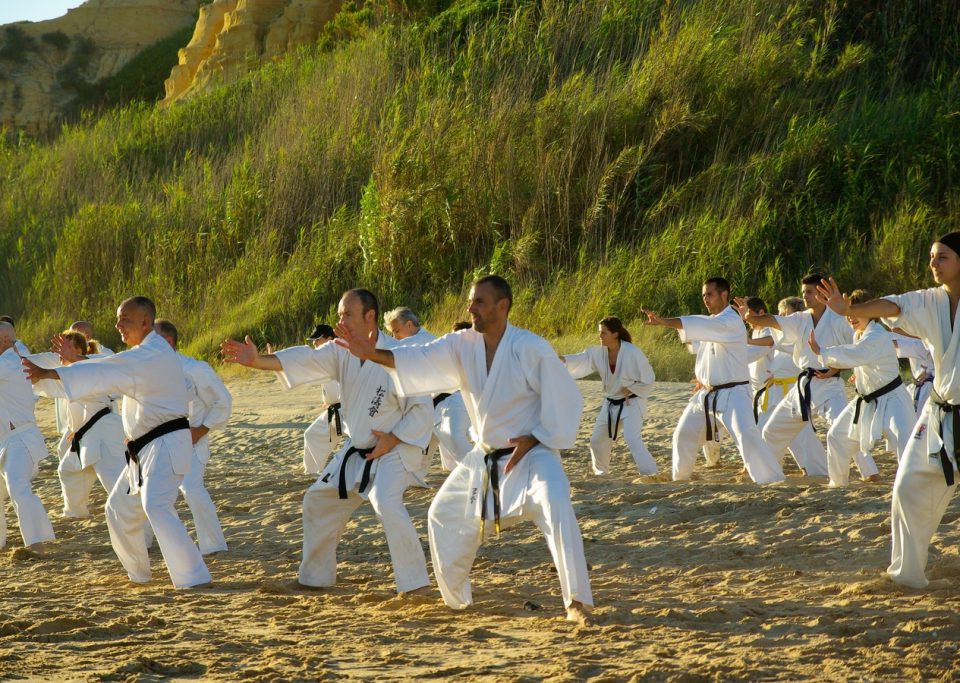 Some Americans have taken self-defense classes (Photo by form PxHere)

Some Americans worried about possible violence after the U.S. presidential election are forming community watch groups, others are working on conflict de-escalation and still others are purchasing guns, according to two dozen voters, online groups and data surveyed by Reuters.

A common fear is that the Nov. 3 contest between President Donald Trump and Democratic challenger Joe Biden remains undecided, leading to protests that could escalate into civil unrest, or even sectarian conflict.

An illustration of those concerns came in Michigan on Thursday, with the announcement that 13 people had been arrested in alleged plots to kidnap the state’s governor and attack the state capitol building.

For Americans like financial adviser David Powell, the greatest worry is that they could be forced to take sides to protect civil rights, private property and even lives.

“I’m not part of any group, don’t want to be part of a group, I’m your regular guy who is watching the news and is getting really concerned,” said Powell, 64, of Raleigh, North Carolina. He said he worries about “antifa thugs,” a term U.S. conservatives use to describe left-wing anti-fascist activists. He said he is prepared to “stand guard” in his community, if necessary.

Some people are planning foreign vacations around Election Day or heading to rural retreats. Others have bought guns for defense. Firearm sales hit a monthly record of 3.9 million in June, according to FBI data. Ammunition for AR-15-style rifles is on back order in states like Washington and Colorado.

“I bought an AK-47,” said a Denver-based lawyer who identified himself as Ewing, and asked that his full name not be used. “The ammo is inexpensive and I can still get it.”

Some communities and groups are trying to deescalate tensions, often with the knowledge that many people have firearms and are prepared to use them.

In Portland, Oregon, left-wing activist Dre Miller has reached out to leaders of the right-wing Proud Boys to set up an open line of communication to resolve conflicts.

“We need to be able to call a cease fire when things get out of hand,” said Miller, 37, an organizer with black rights group J.U.I.C.E. “As a black man I cannot stand back right now. I’m standing up and standing by,” echoing words Trump used about the Proud Boys.

The primary “terrorist threat” facing the United States, according to an Oct. 6 Department of Homeland Security report, are lone offenders and small domestic extremist cells who may act out grievances.

An October poll by political scientists including Lee Drutman of the New America think tank published in Politico found around a third of Americans justified violence to advance political goals, double the number in December 2019.

“The most likely outcome is the election happens, there’s no major violence, but the risk of serious or even low-level violence is probably higher than it’s been in a very long time,” said Drutman.

Would-be vigilantes have organized using Facebook groups and other online platforms, where members share videos of violence and property damage by political opponents alongside misinformation.

Facebook Inc expanded its rules to ban militia groups that celebrate violence in August and pulled down 6,500 pages and groups over the next month, but less explicitly militarized communities of hundreds of thousands of people remain online.

“That’s what is galvanizing and driving militia groups and other armed individuals to think that they have a role to play in this moment of sweeping social change,” said Joan Donovan, a misinformation expert at Harvard.

In Colorado Springs, business owner Michelle Morin has taken self-defense classes and is organizing with fellow conservative neighbors to protect each others’ homes and send a message to left-wing “thugs” that they are not welcome in her community.

“There’s more to self-defense and more to pushing back than guns,” said Morin, 51, a registered Republican and firearm owner.

Stephanie Porta is educating people in Orlando, Florida that an election result is unlikely on Nov. 3 and not to panic. She is teaching poll workers and voter protection workers to defuse confrontations should they occur.