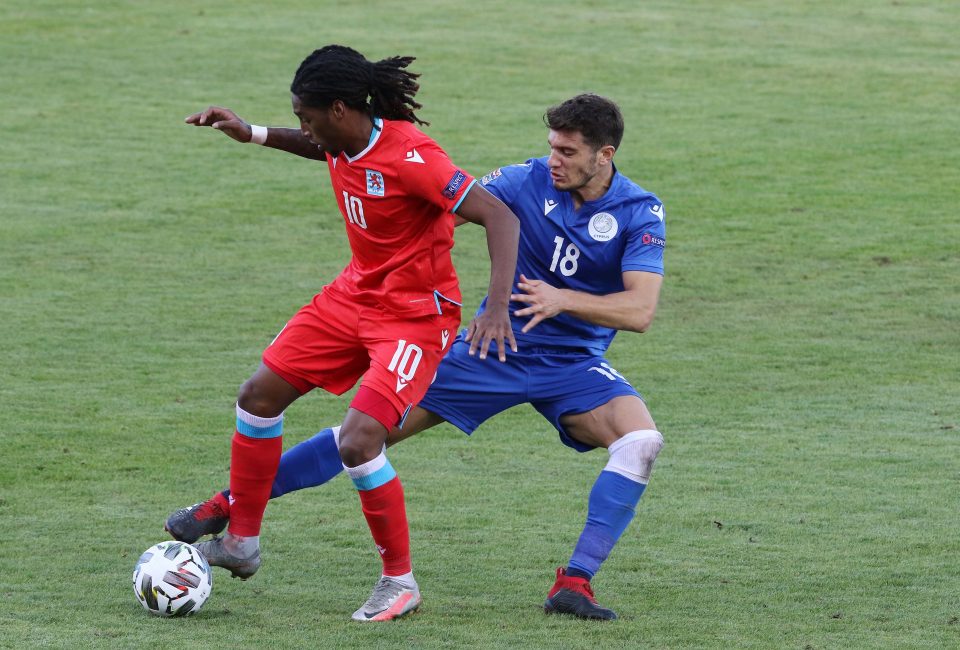 Cyprus lost 2-0 to minnows Luxembourg in the Nations League’s third tier at the Stade Josy Barthel.
Johan Walem’s men have not yet managed to win a single game in their group, having already lost to Azerbaijan 1-0 and to Montenegro 2-0 before the defeat against Luxembourg.

Both goals for the home team were scored by Danel Sinani in the first half.

Sinani had the chance to score a rare first-half hattrick but Scottish referee Donald Robertson cancelled his goal for offside before sending both teams to the dressing rooms for the break.

In truth, Luxembourg could have won by more, as Cyprus did not put up any sort of fight in a game where points where not only crucial, but also relatively foreseeable, considering the home team failed to win any of their last 13 fixtures.

Instead, Walem has not yet been able to inspire the team, which seemed both tired and out of ideas.

Cyprus’ biggest star Pieros Sotirious was the most disappointing player on the pitch. Aside from not managing a single shot at goal, the striker, who last February moved to Kazakh side Astana from Copenhagen for €5m, seemed nervous and distracted.

Moreover, the back-three with Konstantinos Laifis, Ioannis Kousoulos and Andreas Karo did not manage to stop Luxembourg’s relentless flow of occasions, mainly created by Sinani and Gerson Rodrigues.

Walem tried to revive the situation in the second half by sending in youngsters Loizos Loizou and Michalis Ioannou for Christos Wheeler and Ioannis Pittas, but, apart from a single chance created by Demetris Christofi, who hit the post late in the game, the pace of the fixture did not change and the result remained 2-0 for Luxembourg until the final whistle.

Cyprus’ next game will be away against Azerbaijan on Tuesday, in what will predictably be an even bigger challenge for Walem’s team.

First look at what’s inside a PlayStation 5