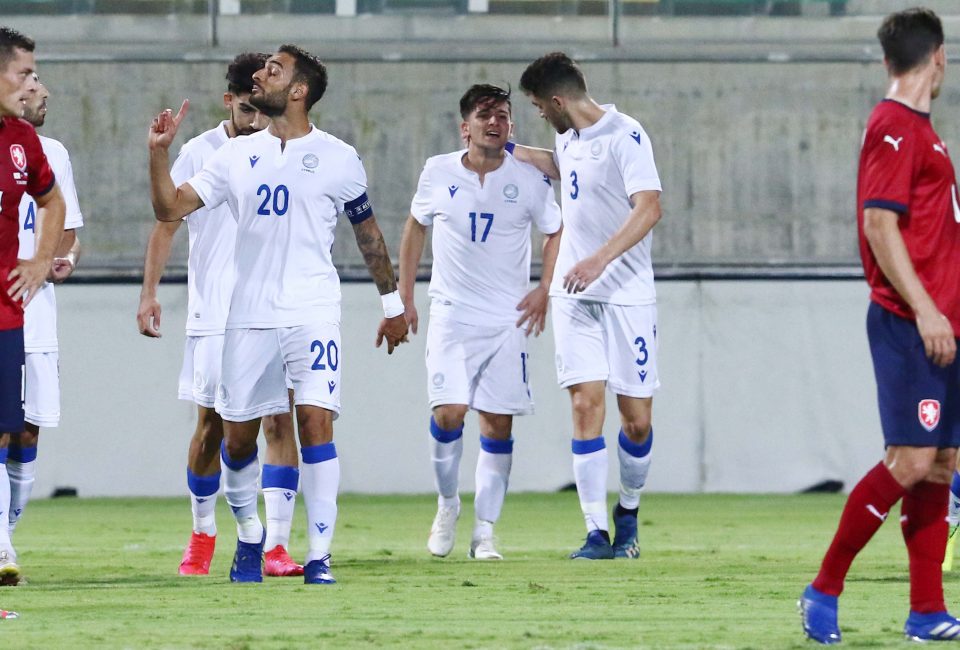 The Cyprus national team come into the fixture after a friendly 2-1 home defeat at the hands of the Czech Republic on Wednesday, and find themselves in bottom place in League C’s Group 1 with zero points after two games

Cyprus and Luxembourg are in League C of the competition, with the match kicking-off at 16.00 Cyprus time at the 8,000 capacity Stade Josy Barthel.

The match will be broadcast by state broadcaster CyBC and will be officiated by Scotsman Donald Robertson.

The Cyprus national team come into the fixture after a friendly 2-1 home defeat at the hands of the Czech Republic on Wednesday, and find themselves in bottom place in League C’s Group 1 with zero points after two games.

Speaking after the friendly loss to the Czechs, Cyprus’ Belgian manager Johan Walem focused on what he deemed to have been the positive aspects to the game.

“I saw a lot of things that reflected my demands from my players. We may have conceded two goals and lost the game but we made a great effort against a quality side”, Walem said.

“It is important to improve from one game to the next and today I saw improvement. We gave a lot of minutes to a lot of players, some played for the first time”, Walem added.

The Belgian explained that the Cyprus national team is currently in the middle of a long-term plan. “We are in a process which we must follow faithfully and we have to be able to manage such difficult situations”, he stated.

On the forthcoming game against Luxemburg, Walem signified that changes and a better performance should be expected but he was hesitant in expressing any firm ambition about the game.

“You will certainly see a different team in Luxembourg. We have three matches in a short span of time and we will have to manage them properly”, Walem stated.

“I don’t consider us to be favourites against Luxembourg but we will try to get the three points which will help us down the line”, he added.

In a video statement released by the Cyprus Football Association (CFA), Doxa Katokopias and national team goalkeeper Andreas Paraskeva was cautiously optimistic about the game.

“Luxembourg are a team close to our level and we can take the win”, Paraskeva said.

“With the new guys coming into the squad and the quality that exists in the side we feel that we are a good team”, he added.

“Our only objective is taking the three points. Our point tally so far is not indicative of the effort we have exerted”, Paraskeva concluded.

Speaking to Cypriot outlet Kerkida, former Apoel and Cyprus forward Andreas Sotiriou backed the Cypriot national team’s plan of rejuvenating the squad with an eye on the long-term look of the side.

“Cyprus didn’t put in a great performance against the Czech Republic but most players are young, they have a future, we have to give them and the manager time”, Sotiriou said.

“If we start complaining we will never be able to create a good side. We have to learn to be patient in Cyprus. People have to finally change their stance”, Sotiriou concluded.

Coach Walem will have 24 players to pick his squad from, in hopes of registering his first point as Cyprus manager.

Luxemburg have three points so far, with a 2-1 away win against Azerbaijan and a 0-1 home loss against Montenegro being their previous results in the tournament.

No Brexit deal in sight; mini-deals under discussion