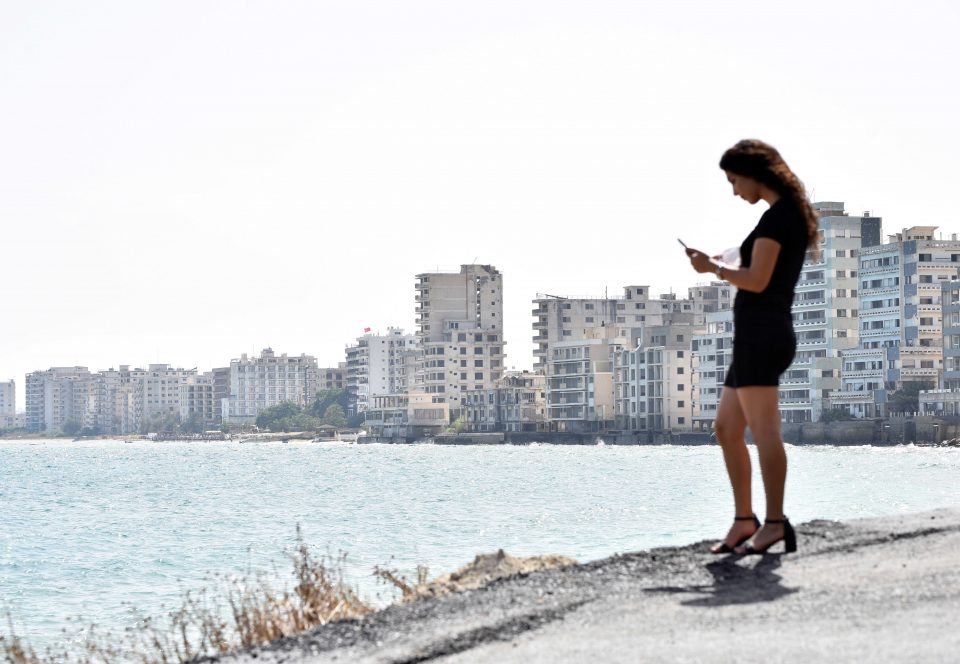 The Turkish foreign ministry said a decision to open part of the fenced town of Varosha did not violate UN resolutions after the UN Security Council (UNSC) early on Saturday called for its reversal.

A UNSC presidential statement was issued after the closed-door meeting in New York, expressing concern over Turkey’s actions, which were initiated on Thursday when Turkish Cypriot ‘prime minister’ Ersin Tatar, with Turkey’s backing, allowed around 2,000 people to enter the abandoned town and use the beach.

“The Security Council called today for a reversal of that decision and for the parties to avoid any unilateral action that could raise tensions on the island,” the UNSC presidential statement said.

In response, the Turkish foreign ministry said it fully supported a statement by the ‘prime ministry’ of the breakaway state in the north.

“The decision announced by the Turkish Cypriot authorities on the fenced city of Maraş [Varosha], territory of the TRNC, does not cause any grievance in the area which is opened for visits. The status of the region remains unchanged. Therefore, the claim that the decision violates the UN Security Council resolutions does not reflect the reality,” the ministry said.

It urged the international community to “take into account the realities on the island, not the misleading propaganda of the Greek Cypriot administration and consider the developments without any prejudice.”

According to a UN readout, the council reaffirmed its commitment to an enduring, comprehensive and just Cyprus settlement, in accordance with the wishes of the Cypriot people, and based on a bicommunal, bizonal federation with political equality.

The UNSC further reaffirmed the status of Varosha as set out in previous council resolutions — including resolutions 550 (1984) and 789 (1992) — and reiterated that no actions should be carried out in relation to Varosha that are not in accordance with those texts.

Resolution 550 considers any attempts to settle any part of Varosha by people other than its inhabitants as inadmissible and calls for the transfer of this area to the administration of the UN. UN Security Council resolution 789 (1992) also urges that with a view to the implementation of resolution 550 (1984), the area at present under the control of the United Nations Peace-keeping Force in Cyprus be extended to include Varosha.

Cyprus’ ambassador to the UN Andreas Mavroyiannis welcomed the presidential statement and said: “The actions taking place are very serious. They create very important new faits accomplis, and they render the prospects for the settlement of the Cyprus problem, you know, very, very difficult to achieve.

“We appeal to the occupation authorities, to Turkey in particular, to stop and rescind all kind of actions that destroy the prospects of a negotiated settlement.”

Mavroyiannis said Cyprus was “very grateful” to the UNSC and all of its members for their support and understanding and their expression of deep concern, “and for asking for the reversal of all those actions that are taking place on the ground”.

“This statement by the Security Council should be taken into consideration and enforced by the sole culprit which is none other than Turkey,” Disy said.

Main opposition Akel expressed satisfaction over the statement, especially the reaffirmation of the UNSC’s pledge for a comprehensive and fair arrangement based on a bicommunal federation as well as the call to a constructive dialogue as a matter of urgency.

Diko said the statement was a positive step in the right direction but at the same time it called on the government to seek sanctions against Turkey at an EU level.