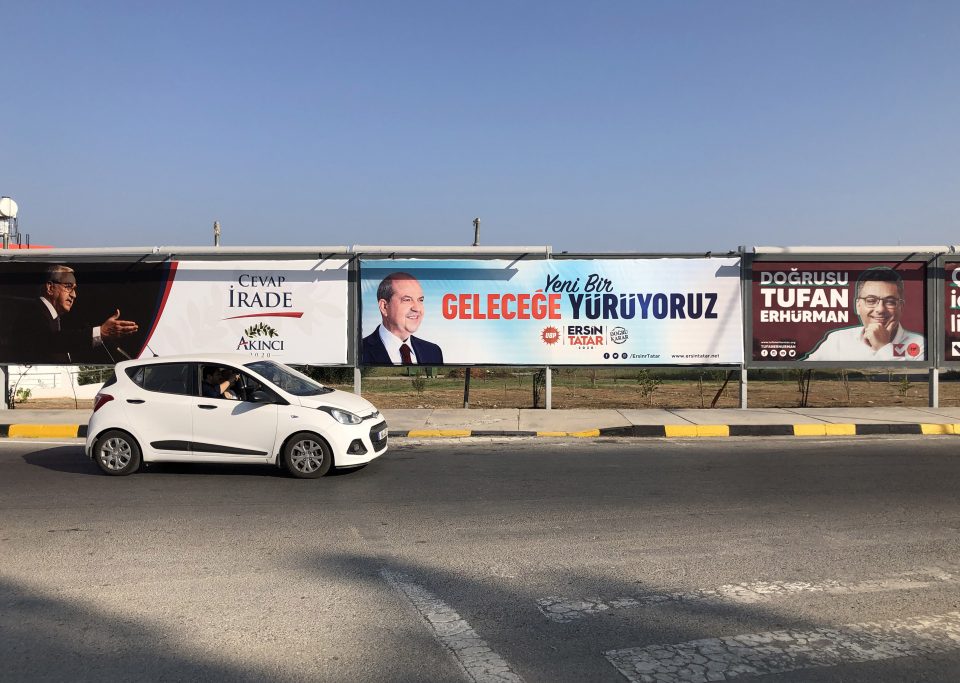 Turkish Cypriots go to the polls on Sunday to elect their new leader with the latest development at Varosha weighing on people’s minds, possibly forcing other issues into the backseat.

It is widely admitted that the opening, just days before the elections, of part of Varosha, fenced-off since August 1974 when it was abandoned by its inhabitants, had been an Ankara-backed PR stunt to boost ‘prime minister’ Ersin Tatar.

Not that Turkey will not go ahead with its plans to open more areas of the town, as it had announced in the past, but the move could also act as the kiss of death to Tatar, as many Turkish Cypriots appeared to disapprove of the decision.

Incumbent leader Mustafa Akinci opposed the opening up of Varosha beach, openly defying Ankara. He has also spoken against seeking solutions other than the bicommunal, bizonal federation being discussed for decades.

Tatar and Kudret Ozersay who resigned as ‘deputy prime minister’ this week are pressing for alternative solutions to the Cyprus problem.

Akinci had also gone against Turkey’s wishes during talks in 2017 when he submitted a map with territorial concessions.

Akinci, who is running for a second term, reportedly said in a TV interview that in his 45 years in politics, he has never seen so much intervention by Turkey.

He reportedly said Turkey’s embassy in the north has been turned into a campaign team rallying against him.

He added that deputies of the Turkish ruling party AKP and of the far-right Nationalist Movement Party (MHP) have been touring villages, campaigning against him.

Akinci also said pressure is being exerted on businesspeople either through threats or promises, while pressure has also been exerted for the withdrawal of candidacies.

On Friday evening, in the last debate ahead of the elections, Akinci revealed that he had even been ‘advised’ to withdraw his candidacy some three weeks ago.

He said the advice came from someone who works for Turkish intelligence during a meeting with his undersecretary.

The man had told the undersecretary to pass on the message to Akinci to withdraw his candidacy “for his own good and that of the people close to him, the country, and the motherland”.

Akinci said this was a clear threat.

The Turkish Cypriot leader said this had happened in the past with other politicians “and that is why I consider it a historical duty” for these to come out. “Everybody must learn about this.”

He also said that his email account and that of three other people close to him had been hacked but although he knew the perpetrators, he did not give any details.

Independent candidate Serdar Denktash in a TV interview also said intervention is taking place and has called for joint action against such activity.

The latest stunt in Varosha has forced other issues, considered important at the time, into the backseat.

Case in point was the handling of the pandemic by the Turkish Cypriot authorities. Though doing well in the spring, the situation seemed to get out of control for a while in recent months, after flights and ferries from Turkey restarted, importing the virus along with the passengers.

The virus itself and fear of getting infected could also be a decisive factor if enough people choose to remain in the safety of their homes.

Poll centres for the elections will be open between 8am and 6pm on Sunday. The results are expected to be announced at around 10pm.

In case none of the candidates garners over 50 per cent of votes, a second round will be held on Sunday, October 18.

Voters will also be called to take part in a referendum if they agree to ‘constitutional’ changes on the increase of the number of supreme court judges.

Voters have been asked to observe the protocols against the spread of coronavirus such as social distancing and use of masks. They will be given disposable gloves at the polling stations.