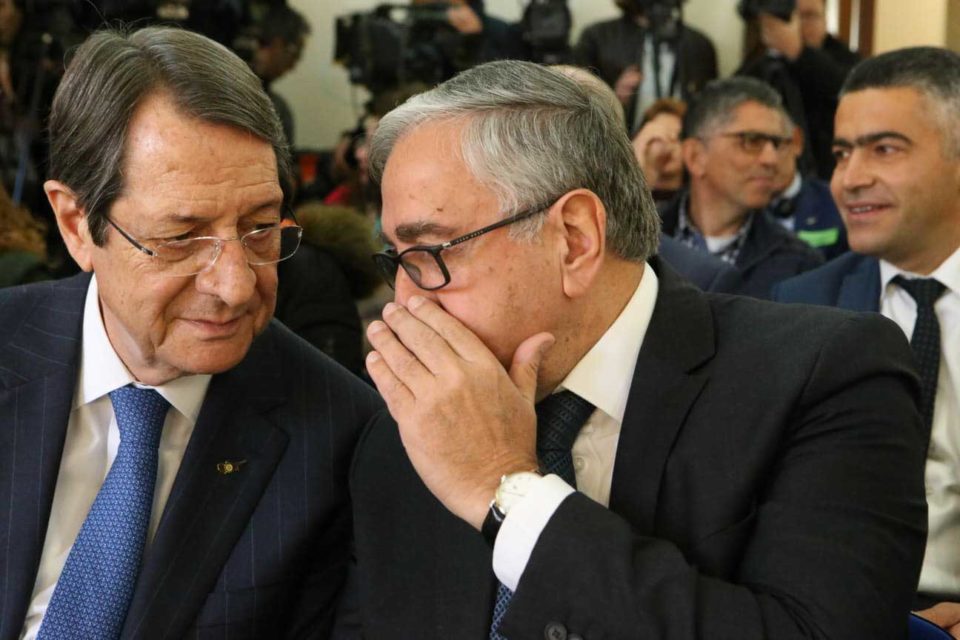 TURKISH Cypriots vote for a new leader today, in an election that has seen Turkey’s government openly support one of the candidates, ‘prime minister’ Ersin Tatar, as well as trying to unite the right-wing parties behind him. Ankara’s intervention in the elections has been the main subject in the latter stages of the campaign. Mustafa Akinci, who is seeking re-election, has said he had never seen such a level of interference by Turkey in his 45 years in politics.

He went as far as to accuse the Turkish embassy of having been turned into an election team campaigning against him. Members of President Erdogan’s AKP toured villages urging people not to vote for him, he claimed. There may be a hint of exaggeration in Akinci’s accusations, but nobody doubts their veracity. He was backed by rival candidate Serdar Denktash who made the same accusations and called for united action against this activity.

If more evidence were needed it was provided on Tuesday when Erdogan and Tatar jointly announced in Ankara the decision to open the seafront area of Varosha, the fenced area of Famagusta, to the public. Everyone saw this as a clear attempt by Erdogan to boost Tatar’s election prospects. Not only was he taking a practical step towards the opening of Varosha but he was presented as a trusted associate of Erdogan. This annoyed rival candidate Kudret Ozersay, who had claimed ownership of the opening of Famagusta, so much he resigned as ‘deputy prime minister’ of Tatar’s ‘government’. Akinci, to his credit, took a clear stand against the Famagusta move and has had opposed its opening from the start.

Tatar is without a doubt Ankara’s chosen one. In August, leading officials of the three right-wing parties – UBP, DP, YDP – were summoned to Ankara and were urged by government officials to unite behind one candidate, so that Akinci could be defeated, but there was no agreement. In fact, Tatar faces opposition even from within his own UBP, not because he is at Ankara’s beck and call, but because many do not want him as party leader and believe electoral defeat would lead to his departure.

While Ankara would like to see the weak and compliant Tatar elected, its primary objective appears to be preventing Akinci’s re-election. This makes a mockery of the ongoing efforts of the Cyprus government and a section of the Greek Cypriot media to demonise Akinci by presenting him as Ankara’s ‘puppet,’ a ‘yes-man’ and an ‘intransigent Turk’. The evidence that this is not the case is overwhelming as Akinci has publicly stood up to Ankara and the mighty Erdogan on several occasions, ignoring the political cost which he is paying now. The truth is the Cyprus government would have liked him to have been all these things to justify its own reluctance to take part in Cyprus talks.

Considering that the resumption of talks is very likely, who would President Anastasiades rather have opposite him at the negotiating table? Turkey’s ‘yes-man’ Tatar, who would take no decision without Ankara’s approval or Akinci, who is sincerely committed to reunification and has been known to defy Ankara, the submission of the map with territorial adjustments being a case in point? It depends what Anastasiades wants from the talks, something that remains unclear. Negotiating with Tatar would offer him the ‘Turkish intransigence’ escape route, if that is what he wants.

What is astonishing is that Akinci, according to the pollsters, has a very good chance of winning a second Sunday run-off. It is a reflection on the man’s popularity among the Turkish Cypriots that he has a chance of being re-elected, without the backing of a party and in spite of Turkey’s incessant meddling in the north and campaigning against him. Would a Greek Cypriot candidate, without party backing and backing reunification have had any chance of making the second round of a presidential election, let along winning it? This could be a reflection of a greater desire for reunification in the north. In the current conditions this is understandable.

A settlement would make the north part of the EU and everyone living there – including many Turks – eligible for EU citizenship, a more attractive proposition than Turkish citizenship. This may be an explanation for the support for pro-federation candidates; the Republican Turkish Party’s (CTPs) candidate, Tufan Erhurman, also has a chance of edging Tatar out of the run-off.

If this happens it would constitute a collective act of defiance of Erdogan and Turkey by the voters. But it would not change things significantly in Cyprus talks, because whoever is elected would not in the end be able to negotiate without consultations with Ankara. It is just that Akinci and Erhurman might be prepared to deviate a little from the line carved out by Turkey, a prospect that should not be underestimated.

Solar panels on all our houses

Akinci is the only natural leader