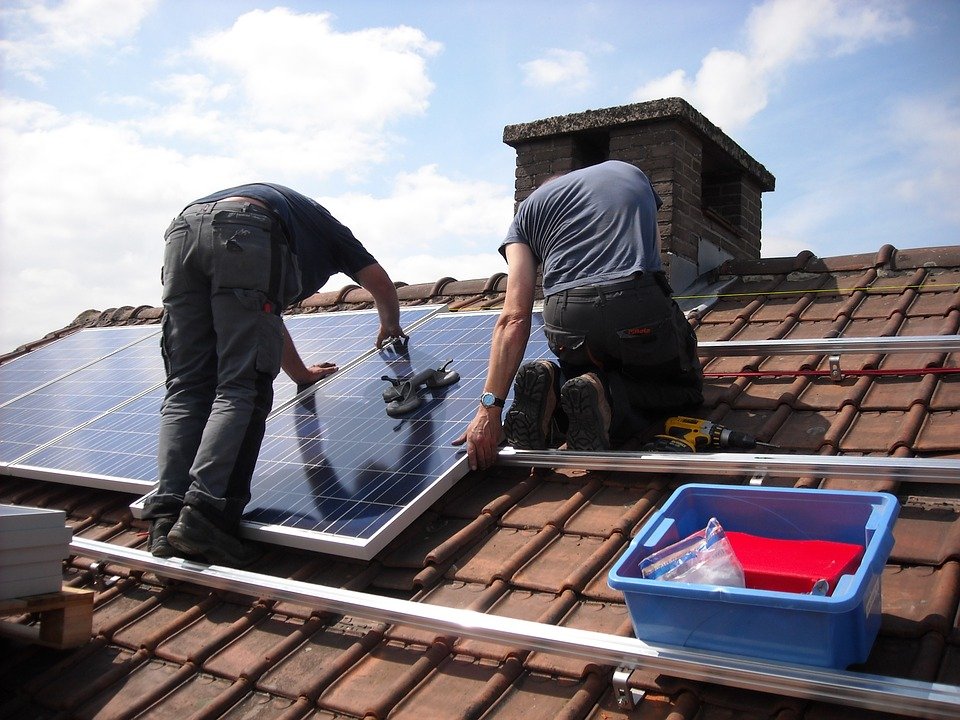 The Installation Of Pv Panels Will Become An Increasingly Common Sight

The Cyprus Mail has learned that one of the first projects to be financed by the €1 billion European Recovery Fund is expected to be the vast expansion of grants to put solar panels on Cyprus homes.

But the aim is to expand that number by three or four times, a source at the ministry told the Cyprus Mail, so that close to 50 per cent of Cyprus homes would soon have photovoltaic panels on their roofs.

The project, which is already under construction at the ministry working in combination with the finance ministry’s department dealing with European programmes, will be one of the first to receive funding in Cyprus if, as expected, it is approved by the European Commission and the European Council in Brussels in January.

Approval is likely, because the commission has already worked with Cyprus ministries to set priorities for the use of the European Recovery Fund’s resources.

“Work on this project should move forward quickly once we have approval, because the programme is already mature and in process,” the energy ministry source said.

And there are many other projects under priority consideration for grants from the European Recovery Fund for Cyprus’ energy sector, according to the Recovery and Resilience Plan for the country agreed to by the European Commission.

But improving energy efficiency in buildings is slated to start quite soon simply because the planning is mature and January approval expected.

Cyprus, like all EU member states, is bound to achieve carbon neutrality by 2050, and the development of renewables, and solar energy in particular, is a critical means to achieve this goal. At present, only about 13 per cent of Cyprus’ energy is supplied by renewable sources, according to the Integrated National Energy and Climate Plan 2020. Total production of electricity from renewable resources was 452.01 GWh per year in 2018 (last available statistic).

The EU Green Deal sets the priorities for this goal: “The European Green Deal is our plan to make the EU’s economy sustainable. We can do this by turning climate and environmental challenges into opportunities, and making the transition just and inclusive for all,” according to a statement by the European Commission.

The move to vastly expand solar panels on Cyprus houses is incontestably such an opportunity.

“Cyprus possesses the highest solar potential in Europe, but the country currently imports almost all of its power, making it an ideal location for the development of solar energy,” said George Georghiou, director of FOSS Research Centre for Sustainable Energy at the University of Cyprus.

Need for the ‘smart grid’

The operation of the scheme will not change markedly from the point of view of the consumer in the future, Georghiou explained.

Consumers will continue to use net billing and receive reductions on their bills for the amount of solar energy produced by the panels.

“What is expected to change in the near future, is the technology and operation of the grid – it must transition to a smart grid in order for all the upgrades planned to become feasible,” he said.

A smart grid is an electricity network enabling a two-way flow of electricity and data with digital communications technology enabling to detect, react and pro-act to changes in usage, generation and other aspects. Smart grids have self-healing capabilities and enable electricity customers to become active participants.

“But Cyprus does not yet have a smart grid, and must develop all of these technologies in the context of upgrading the electricity network,” Georghiou added.

The Electricity Market and Balancing Market

Businesses will also profit from projects planned to enable power generation by businesses and other organisations, as well as the resale of that power to the grid.

“Cyprus is in the throes of creating an electricity market and balancing market, in which organisations will be able to generate power for themselves and then sell excess. The balancing market will be a kind of secondary market for power that is not sold,” Georghiou said.

He described the ultimate goal of this process. “Suppose a village outside Limassol chooses to generate its own power from renewables for its inhabitants. If that village generates more power than it can use, it can earn revenue by selling the power on the electricity market. What the village sells can be used elsewhere on the island where it is needed.”

Georghiou explains that the legal framework for the electricity market is not yet complete, but that work is underway, as it is mandated by EU legislation

We must stay calm and talk

Our View: Signs that unprecedented Turkish meddling will backfire