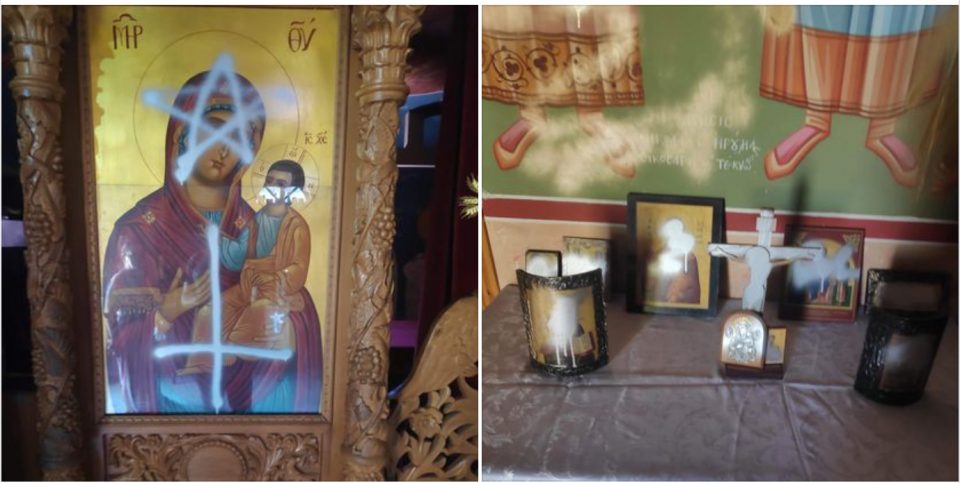 Unknown vandals broke into the church in Mitsero in the Nicosia district overnight on Saturday and sprayed icons with five-pointed stars.

The door and smaller crosses were also covered with spray paint.

Speaking to Sigmalive, community leader Andreas Kyriakou said the police had been informed.

“They ruined all the icons with spray paint, I don’t know what would have led them to do such a thing,” he added.

He suggested that it was caused by people who do not live in the village and may be linked to a fire set within the Panayias Lampadiotissa church recently.

‘Turkey’s irrational demands did not allow reaching a Cyprus settlement’

The mysterious allure of being French