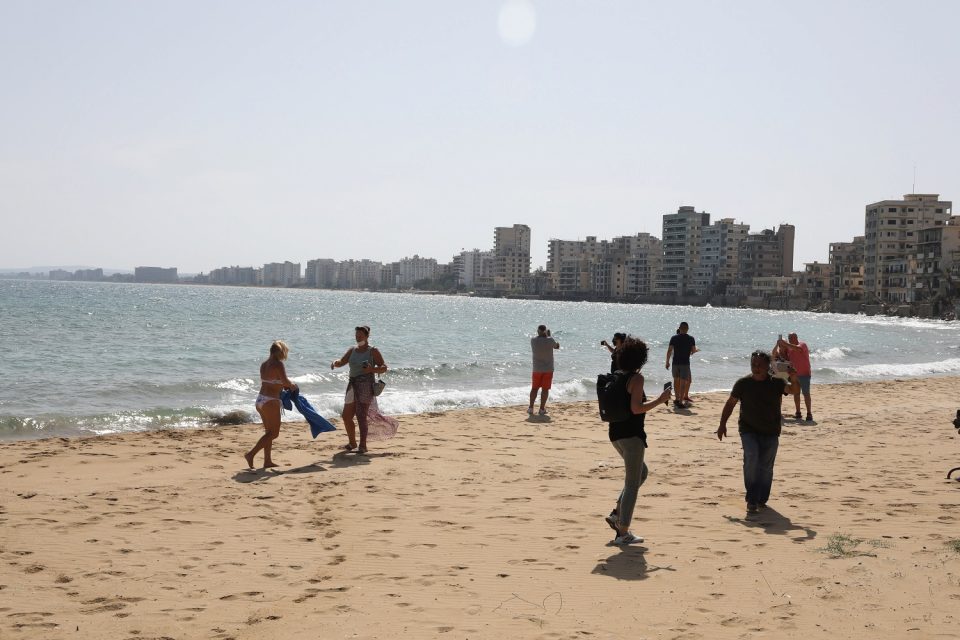 Rational thinking is the answer to Varosha events

Since last Tuesday afternoon, the dominant issue in the Cyprus media has been the “colonisation of the fenced-off city of Famagusta”, announced by Ersin Tatar, one of the candidates claiming the position of the leader of the Turkish Cypriot community in Sunday’s elections.

The announcement was made in a press conference in Ankara in the presence of the Turkish President Tayyip Erdogan. Without intending to downplay the importance of this unfortunate development, I feel the need to clarify that I consider the headlines of some Greek Cypriot media (“Erdogan and Tatar announced the opening of the fenced-off part of Famagusta”) as misleading because it has led most people to understand that Turkey is proceeding forthwith with the colonisation of Varosha. Apparently, their objective was to poison the already poisoned climate and thus undermine the resumption of the talks.

The firework effect of announcing and celebrating the reopening of the water pipeline connecting Turkey with northern Cyprus was intended to boost Tatar’s prospects as he is the faltering candidate favoured by Turkey. Admittedly, such fireworks often form part of a broader strategic plan with far reaching objectives.

A careful reading of the announcement leads to the conclusion that the already existing “prerogative” of Turkish Cypriots and settlers to use some beach facilities of the fenced-off part of Famagusta has simply been extended to cover a further stretch of the beach. I have already stressed that it is not my intention to downplay the importance of this incident, but it must be pointed out that it is a step which is different from the colonisation of Varosha and the occupation of the Greek Cypriot properties there by settlers seeking to commercially exploit such stolen properties, under the protective umbrella of the Turkish administration.

I am pleased to note that the government appears to have assessed the situation correctly and, in a clear and unambiguous manner, has taken the position that the only way of avoiding future friction and conflict is by pressing on with relaunching the negotiation process and the conclusion of a permanent and lasting solution of the Cyprus problem. The failure to attain this objective will inevitably lead to the continuation and the intensification of conflict for as long as the northern part of Cyprus is occupied by a foreign power.

I genuinely hope that the government will utilise this unfortunate threat to extend access to the beach as a good example of the kind of problems that are likely to arise in the future, if the independence of the Federal Republic of Cyprus is not adequately protected from the suffocating political and economic embrace of Turkey, a foreign country whose interests are partly in line with the interests of the Cypriot people but are also partly conflicting with Cypriot and European Union interests.

The events of the past week clearly confirm the appropriateness of my previous articles. Rational thinking dictates that the Cypriots (both the Greek Cypriots and the Turkish Cypriots) must set a single red line in the negotiations for the resolution of the Cyprus problem, beyond which they should be unwilling to budge. This is the severing of the political and the economic umbilical cord that is currently linking northern Cyprus with Turkey. Turkey is a theocratic country – which at least until recently – was seeking the Europeanisation of its largely heterogeneous population but has now realised that this is an unattainable goal; a country faltering between the West and the East. Cyprus is a secular country, a member of the European Union, with a clear pro-Western orientation.

As the European Union correctly pointed out a few days ago, the prospects of Turkey acceding to the union are being systematically undermined by the political mismanagement of the Turkish economy and the erosion of the Turkish democratic institutions, as a result of the actions and the omissions of the Turkish government.

The debate on whether sanctions should be imposed on Turkey is defocusing and is diverting attention to the means instead of the end. Our politicians should rise to the occasion and they must understand that we are going through a critical phase in the history of Cyprus. They must set their party interests aside. What is needed today is a sober, calm debate which will facilitate the proper assessment of the situation and, by extension, the proper assessment of the options we have. The margin of error is very thin.

Cyprus must be prepared to cooperate on friendly terms with Turkey in serving the mutual interests of the two countries. However, we cannot possibly allow ourselves to become a political or an economic colony of Turkey. Such a relationship would not be acceptable and would not be allowed by our EU partners. This is the point on which we should place the thrust of our arguments and our efforts. This is the position we should project on the international stage. It is a position that will be readily comprehended and supported by the international community.

I understand and I share the bitterness, the resentment and the anger of the refugees, who – after 46 years of waiting – were given the opportunity to see their homes in ruins, desperately waiting for the repairs that would heal the wounds. These refugees not only saw their hopes being crushed but they also tasted the bitterness of insult on top of the injury. However, it is indeed under such circumstances that the ability of a nation to keep calm and confront its problems rationally is tested. The temptation to indulge in actions which merely aim at diffusing the anger and the indignation is high, but we must resist this temptation. This is not our goal. Our goal is the salvation of our homeland. This demands clear and rational thinking, not inarticulate screams and hollow slogans.

Solar panels on all our houses