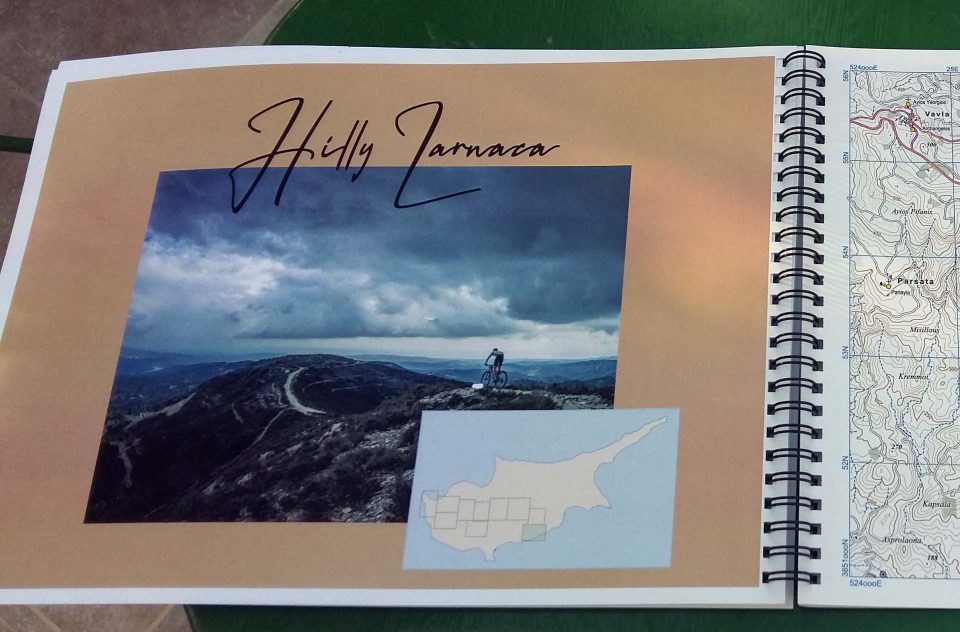 This is a book for the adventurers – for the intrepid explorers who thrill to the words ‘off the beaten track’!

It’s correctly, and unpretentiously, entitled Topographical Maps of Cyprus – but don’t let that fool you! Yes, the book is packed with detailed maps of the Troodos range (right from the Akamas peninsula to the foothills of Larnaca) but this is so much more than a cartographical guide.

Nature trails (including length, duration, and degree of difficulty) and picnic sites are meticulously listed; medieval bridges, watermills, and even tar kilns are discussed and precisely grid referenced; the renowned painted churches and monasteries of Troodos and environs are cleverly highlighted. There’s even a section on the wineries of the region and, since safety is paramount for those who venture into the wilds, there’s a lovely bit about Hiking Safety. ‘Never hike alone,’ we’re admonished. And among other sensible suggestions, we get: ‘Take plenty of water, don’t pack too heavy, dress in layers, start early, pace yourself, and look out for snakes, spiders and other critters’! 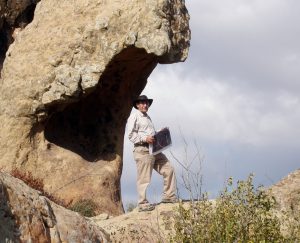 The majority of the book consists, of course, of the maps: meticulously researched, compiled, and charted by cartographer Michael Savvides. A member of the Council of the Cyprus Mountaineering, Climbing and Orienteering Federation, and founder of the hiking and orienteering club Orientaction, Michael is a trailblazer who introduced orienteering to Cyprus some 10 years ago now.

“I have always loved exploring,” he enthuses. “It’s such a challenge to find yourself alone in unknown territory, combining your physical and mental abilities to overcome the challenges you face. Orienteering itself,” he adds, “is such a character-building sport. And though it’s relatively new to the island, it took off immediately; to date we’ve already held three major international orienteering events in Cyprus!”

As a local pioneer of the sport, Michael was often sought out by those who shared his passion. “Over the years, many people asked me where they could find large-scale maps of certain parts of Cyprus,” he continues. “But while there are small-scale maps aplenty, mostly aimed at tourists and travellers, larger scale maps just didn’t exist. Perhaps the area that was most frequently requested,” he adds, “was that of the centre of the Troodos Range. And of course, it wasn’t available. So I set out to create it….”

“Then,” he laughs, “another fervent hiker asked me to add in the Akamas Peninsula. And someone else suggested I also map the biking regions around Larnaca… And slowly, slowly, the one original map grew into a book of the whole Troodos region!” 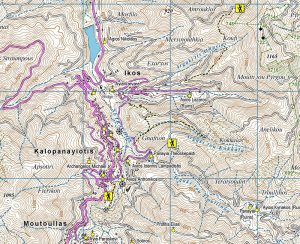 Unlike your average tourist guide, Topographical Maps of Cyprus is a mine of information for “explorers, researchers, runners, and hikers,” says Michael. “It’s a database of geographical, historical, architectural, religious, and viticultural information, which also includes a list of every village and all the major footpaths. Footpaths,” he continues, “which I have walked myself – hiking thousands of kilometres in a bid to ensure the information is absolutely correct. Nowadays, many cartographers work from satellite imagery, sitting in an office far removed from the landscape. But when you make a map you have to be aware of what the terrain looks like on the ground; if you’re familiar with the territory you’re mapping, then you don’t mistake satellite imagery of a white line for a track when it’s actually a river!”

Six years of painstaking work in the making, Topographical Maps of Cyprus has been drawn from Michael’s own reconnaissance, along with data from a plethora of “books, old maps, new maps, and information from international organisations.”

Comprised of 10 main sections, the book covers the Akamas Peninsula, the town of Polis to the west of Paphos Forest, Paphos Forest, Esouza Valley, the central Troodos Forest, the wine region of Krasochoria, the Pitsillia region, Macheras Forest, the Stavrovouni region, and the hilly area west of Larnaca town. Each of the ten sections includes at least eight detailed maps, each map in turn covering an area of five by seven kilometres.

Drawn to a scale of 1/25,000, so that each centimetre on the map represents 250 metres on the ground, the 90 maps include everything any intrepid traveller could wish for. Contours appear every 10 metres, and highways, roads, dirt tracks and footpaths are all clearly marked. Manmade sites of interest – including buildings, vineyards, churches, chapels and mosques, mills, quarries, fishing shelters, kilns, lighthouses, and even water tanks – appear throughout. And among the more natural features of the landscape, we get cliffs, forests, wild vegetation, tree plantations, seasonal streams, rocks, and (worthy of their capital letters) Huge Rocks – many of which are also marked as climbing fields, should you be so inclined!

Best of all, everything is so precisely grid referenced that you can set your GPS by the coordinates, arriving at the exact spot you intended. “All maps are GPS compatible,” we’re told in the introduction. “Coordinates taken from a GPS receiver can be drawn directly on to the maps.” And with this, Michael has effectively put an end to the days of driving (or stumbling) in circles, desperately trying to find the Venetian bridge/rock-climbing spot/picnic site you’re after!

A pioneering book, there’s a follow-up in the works (which will include the Diarizos and nearby river valleys, along with the Commandaria region) which Michael plans to release in 2021. But until then, Topographical Maps of Cyprus is proving to be an excellent source of information: “It’s a ‘live’ book,” Michael enthuses. “Not something you keep on your bookshelf, but something that goes in your car or your backpack everywhere you do. It’s for the adventurers,” he grins. “The explorers amongst us…”

For information and purchase details, visit the Facebook page ‘ORIENTACTION – Orienteering in Cyprus’. The book costs €36