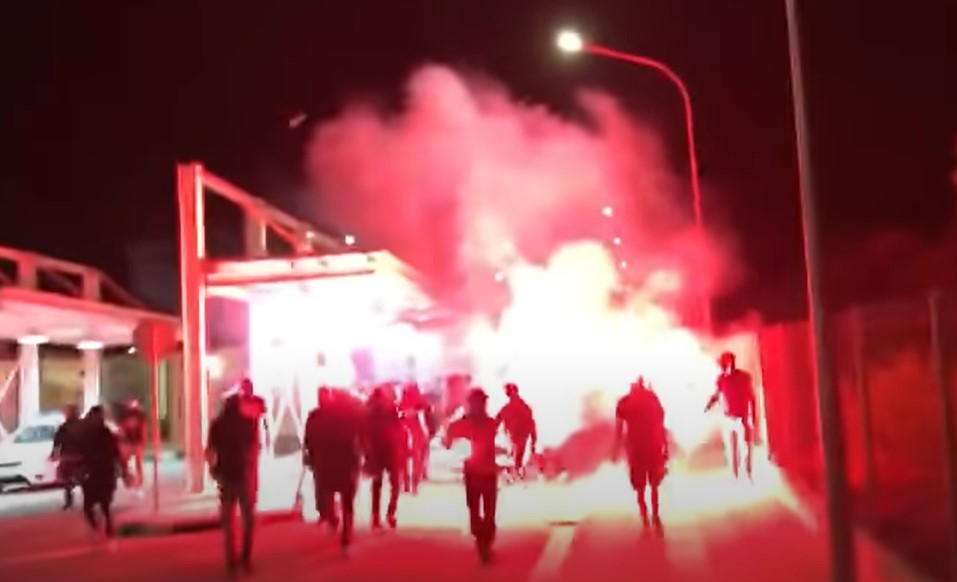 The group, with bats and sticks, advanced forward chanting nationalist slogans such as “Cyprus is Greek"

Two arrests were made on Monday after protesters armed with bats and sticks breached the Dherynia checkpoint the night before, police sources said.

President Nicos Anastasiades condemned the violent nature of the protest, and urged calm and restraint, while acknowledging the anger caused by the partial opening of Varosha last week.

Police sources told the Cyprus Mail, a 27-year-old and a 25-year-old, both Greek Cypriot men, had been arrested.

On Sunday night, about 250 nationalists charged through a police checkpoint at Dherynia, to protest the opening of part of Varosha nearby.

Video circulating on social media showed men dressed in black and donning black masks breaking the automatic barriers of the checkpoint used as a crossing point between the divided communities.

“Around 250 people were present at the incident… but certainly not everyone crossed [into the Green Line],” Andreas Constantinou, Famagusta police spokesman told the Cyprus Mail.

The group, with bats and sticks, advanced forward chanting nationalist slogans such as “Cyprus is Greek”.

The group also lit flares – which reportedly caused fires in nearby fields – while destroying other property along the road leading towards to north.

Questions were raised on Sunday regarding the absence of the police, which was clearly caught off guard. It was impossible for the two officers on duty to handle such a large group of people.

“This protest was not previously known to us, we received information about twenty minutes prior to their arrival at the checkpoint,” Constantinou said.

“Police were immediately dispatched to the area as soon as we received information that they [protesters] were headed there,” he said.

While the incident is under investigation, many are pointing towards Anorthosis fans – known as Maxites (fighters) – as being heavily involved.

The incident lasted around 15 minutes, the police said.

In an apparent tit-for-tat move, videos on social media showed a group of men in the north chanting slogans and seemingly making Grey Wolves gesture.

In a written statement, Anastasiades urged restraint and a spirit of unity in order to counter Ankara’s plans and meet current challenges. 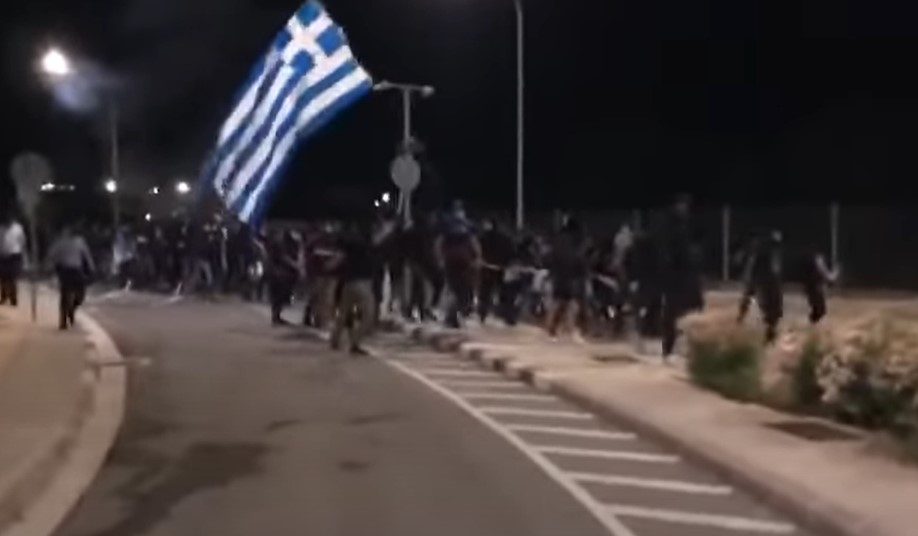 Meanwhile a second protest has been announced. The Initiative for the Memories of Isaak and Solomou  — named after the two men killed by Turkish forces in August 1996 – announced later on Monday another anti-occupation rally for October 17 at 7.30pm. They said the rally will be held at the Dherynia crossing point to protest the Varosha opening, and for the return of refugees to their homes in Kyrenia, Famagusta, Morphou and Karpasia.

The initiative also listed meeting points for other protesters wishing to attend in other districts in Cyprus, so they can come to the Dherynia gate.

They said all Covid-19 protocols will be followed during the rally. However, it remains unclear how such a large-scale protest could possibly take place under coronavirus protocols, including emergency protocols to be in effect in Nicosia and Limassol districts on the date of the rally.

Tensions have been high in recent weeks, particularly since the north partially reopened the beachfront in Varosha on Thursday.

Varosha, which was essentially left untouched for 46 years, partially reopened to the public in what many claim is an election ploy aimed to help the Ankara-backed candidate ‘prime minister’ Ersin Tatar.

Tatar pulled ahead of incumbent Mustafa Akinci in Sunday’s election in the north with 32.35 per cent to 29.84 per cent respectively.

The elections will go to a second round next Sunday.

Across the divide, concerns are mounting that the Varosha issue may disrupt attempts to renew talks between the two sides in an attempt to solve the Cyprus problem.

Coronavirus: 10 people maximum for gatherings in Nicosia and Limassol