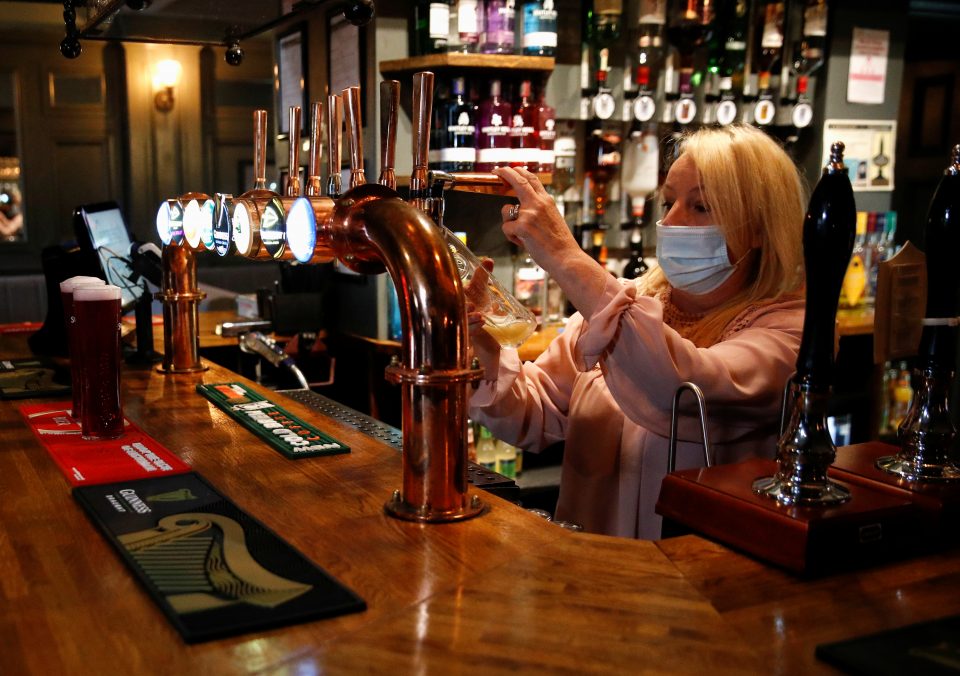 The last pints could be pulled in some pubs across northern England this week as furious bosses warn new coronavirus restrictions will wipe out their businesses, which are already reeling from a national lockdown earlier this year.

Liverpool, birthplace of the Beatles and home to the current Premier League soccer champions, will be the first city to be placed in the highest alert tier along with the surrounding area, meaning pubs face closure from Wednesday.

Pub managers there reacted with disbelief and anger that their city and businesses were being singled out.

“My biggest worry as a boss and a licensee is my business will have to close again and we may very well not come open next time because there’s no funds in the pot from last time,” said Frances Burleigh, landlady of The Beehive pub in Liverpool city centre.

The infection rate in northwest England has been soaring in recent weeks, and in Liverpool stands at just under 600 cases per 100,000 people. Health chiefs say action is vital now to prevent hospitals being overrun and a rise in deaths.

While local leaders say they support lockdown measures, they have demanded that the government pump more money into helping the hospitality industry and others affected by the forced closures, arguing that measures announced by finance minister Rishi Sunak last week did not go far enough.

Sunak said the government would pay up to two-thirds of employees’ salaries, capped at 2,100 pounds ($2,725) a month each, if they worked for companies that are forced to close temporarily.

Karen Strickland, landlady of The Grapes pub, said their income was already down by 70% with the current enforced nationwide closing time of 10 p.m., and the government’s support scheme help was not enough.

“It’s absolutely horrendous. My staff, some of them still haven’t come back to work yet, their job’s just not here for them,” she said, adding it made no sense to single out pubs.

“If they are going to close our pubs it’s not going to make any difference because they’re all going to have house parties, people will still drink, people will still socialise,” she told Reuters. “At least in the pubs we did what the government wants. If anywhere’s safe, it’s in a pub.”

Under the new restrictions, however, pubs that serve a main lunchtime or evening meal will be allowed to stay open, though they will only be able to serve alcohol as part of such a meal.

With local lockdowns so far focused on northern England, despite cases rising in areas in the south of the country, Johnson has faced accusations of targeting areas that traditionally feel ignored by the central government in London.

“I think it’s been handled abysmally, to be perfectly honest,” Strickland said. “It feels like they are penalising the north again.”