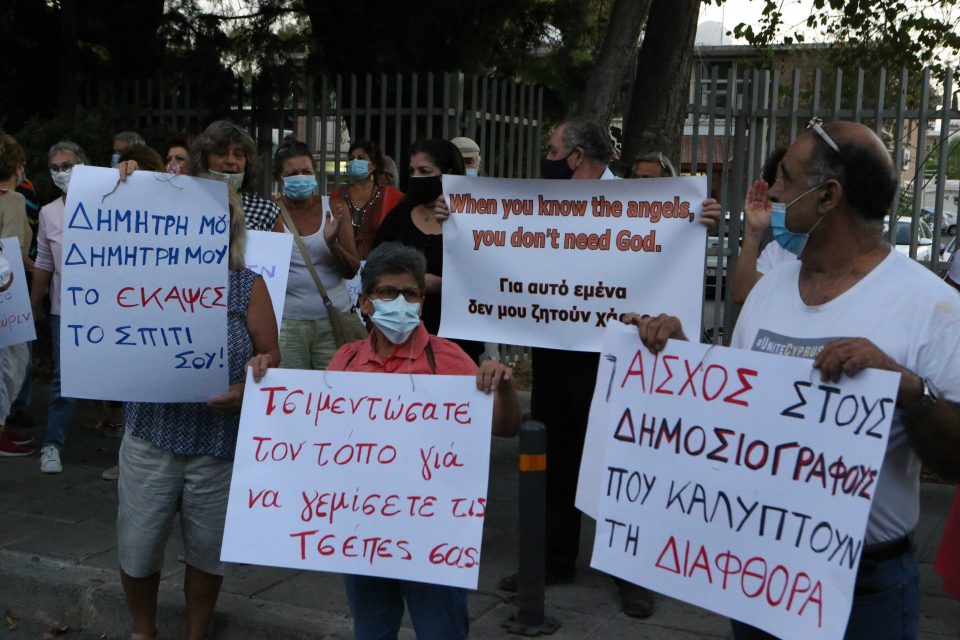 Scores of people gathered early Tuesday evening outside parliament calling for the resignation of its president Demetris Syllouris after he was shown in a video ready to sell a Cyprus passport to a rich man with a criminal record.

The demonstration was attended by around 150 people who held placards with slogans such as ‘Cyprus does not belong to you to sell it’ and ‘Transparency’.

“It is unacceptable for politicians to be involved in illegal business activities and get rich using their positions,” one demonstrator said.

Those at the demo called for all involved to go to prison.

Organiser of the demo, former head of the European Parliament’s press office in Cyprus Alexandra Attalides said people demand an extraordinary plenary session to decide what to do to clear Cyprus’ name and how to deal with its president.

She said that those who are involved in the illegal actions that expose Cyprus irreparably, must be treated accordingly.

“We want to point out that those elected by the people, ought to and must serve the public interest. If they want to serve their own interests, we demand that they stay away from the public,” she said.

Citizenships are not for sale, especially not to criminals, Attalides said.

Among the protesters was also former EU Commissioner Androula Vasiliou who said the situation was unacceptable.

“We want to be able to say we are from Cyprus and feel proud of this and not feel ashamed,” she said.

Syllouris announced he will be abstaining from his duties starting Monday pending the conclusion of an investigation into the Al Jazeera video.

After the release of the video on Monday Syllouris initially denied any wrongdoing.