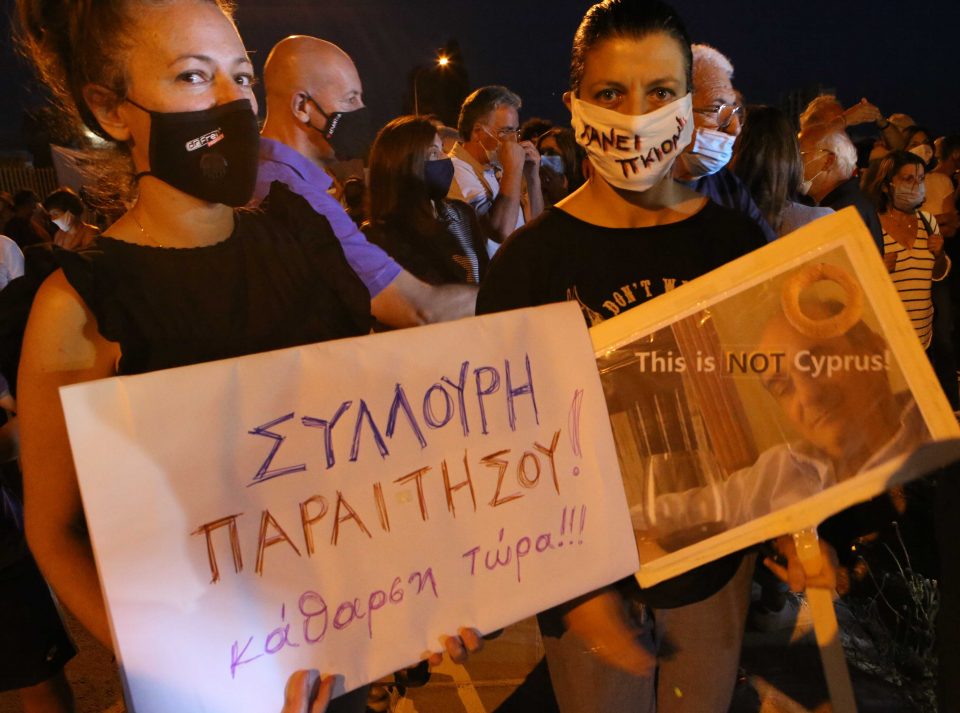 Hundreds of people on Wednesday assembled outside the Nicosia conference centre, currently hosting parliament, to protest and demand the resignation of House president Demetris Syllouris who appeared in an undercover video offering to help a Chinese businessman with a criminal record secure citizenship.

The demonstrators, who staged a similar event outside parliament on Tuesday, held placards that read “This is not our Cyprus,” “enough!” and “catharsis now.”

There was indignation and disappointment but most people believe that it won’t change anything, even if they quit, because it was bigger than them.

“We also did this during (former president Demetris) Christofias’ term and nothing happened,” one said, of the period after the naval base explosion that killed 13 in 2011. 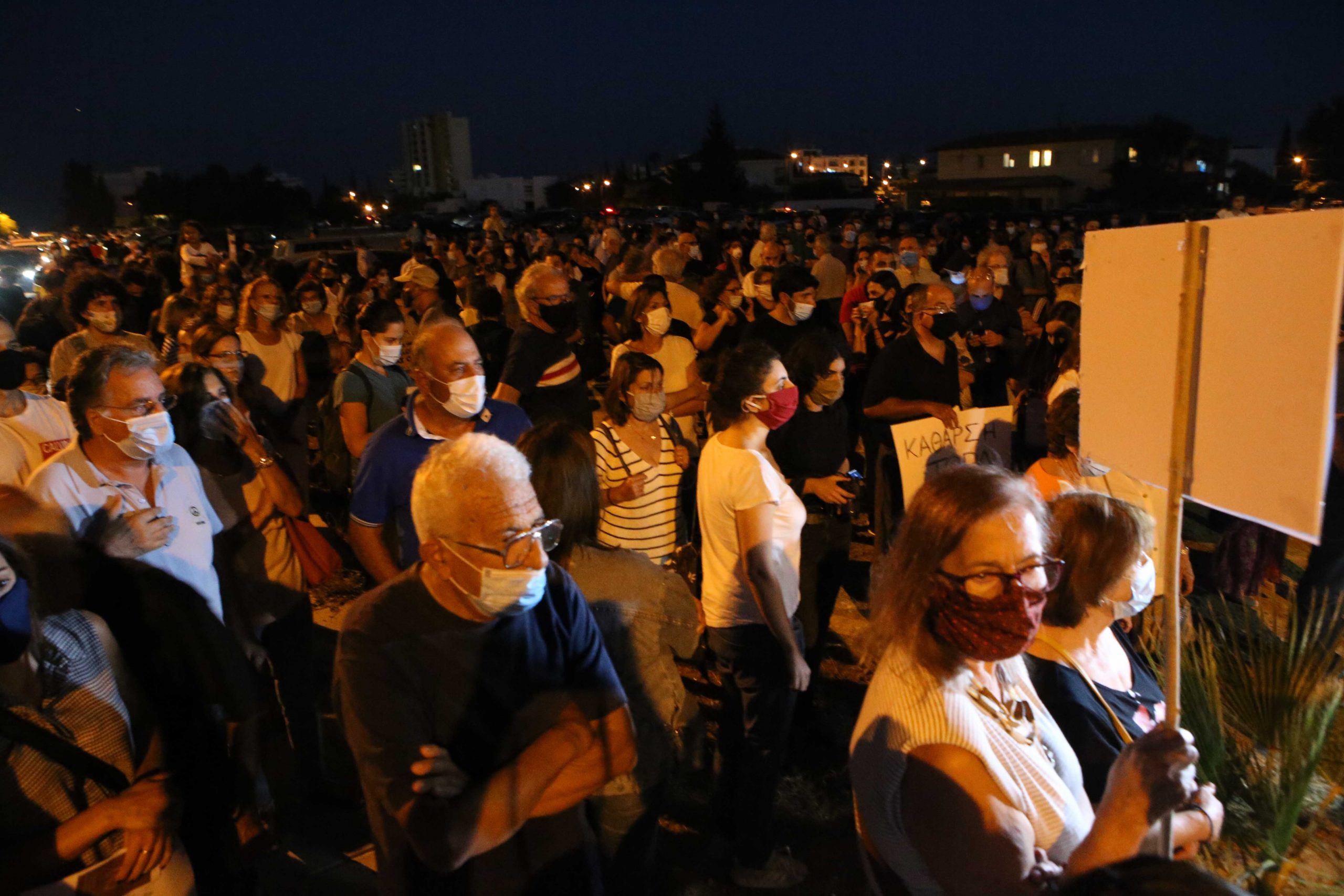 The demanded resignations, including President Nicos Anastasiades’, and criminal prosecutions of those involved in corruption.

Syllouris, who appeared in the video, filmed by undercover Al Jazeera reporters, with Akel MP Christakis Giovanis has so far refused to step down. Giovanis, a developer, quit his seat in parliament on Tuesday. Both deny any wrongdoing.

The protest was attended by Al Jazeera reporter David Harrison who said it took a lot of investigative work behind the video but their job was to expose the truth.

Harrison, who headed the investigation, said it started in the summer in the UK and it wasn’t even about Cyprus.

“Cyprus came about by accident,” he said. The crew had been investigating a different kind of corruption in the UK with a similar set up — fictitious Chinese businessman — when one of the people they spoke to told them they could change identity and get a new passport in Cyprus.

Shadow theater “Fireflies” – Save the Earth!