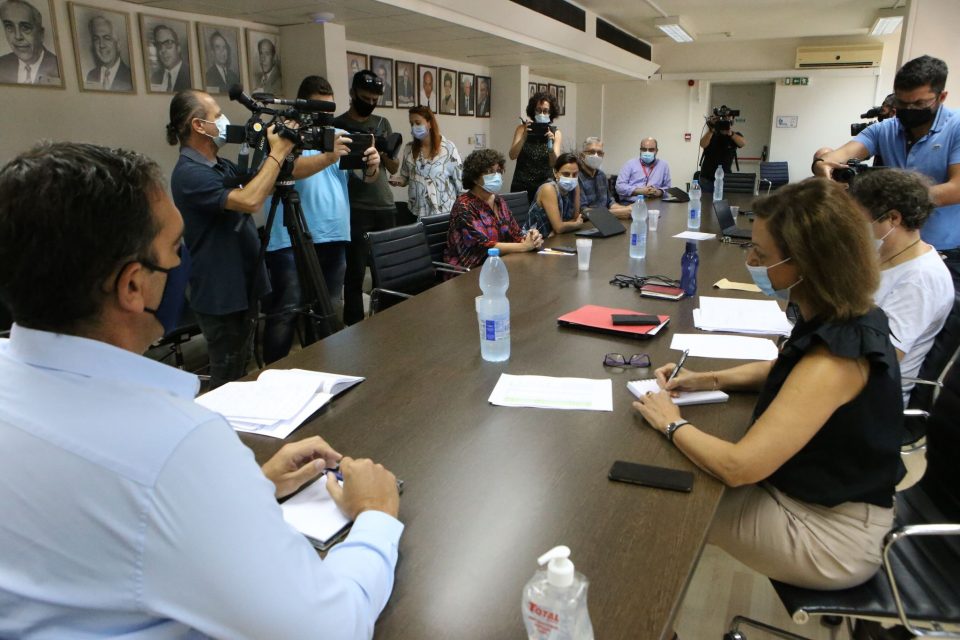 Health Minister Constantinos Ioannou on Wednesday announced that from Thursday the use of protective masks will be mandatory in all non-private indoors spaces as an additional measure to tackle the spread of coronavirus.

People found not wearing a mask will be fined 300 euros. The mandatory wearing of masks applies only for those aged 12 and above.

Following the surge in coronavirus cases in recent days with the record number reaching 83 on Tuesday the minister presided over an emergency meeting of the advisory committee on coronavirus.

“The measures in place are sufficient at the moment,” Ioannou said after the meeting stressing the importance of fully adhering to the protocols. The biggest problem is in Limassol, he said, with Nicosia following suit.

According to data by the health ministry, 40 of the 83 cases detected on Tuesday were in the Limassol district. Sixteen cases were in that of Larnaca, 11 each in Nicosia and Paphos and three in Famagusta. Two people live in other countries.

He added that one additional measure introduced is the mandatory use of masks in all indoors areas and not just in the ones already announced such as shops, banks and public services. The health ministry said later that if there are more than one people in any indoor space, masks must be worn.

“With the exception of private homes, the use of masks will be mandatory indoors whether it concerns an office or a social space.” Clarifications will be announced shortly, he said.

“We are at a crucial juncture,” the minister said, warning that the risk of things getting out of control is now visible.

He cited relaxation in observing the measures by individuals, football clubs and in workplaces.

Ioannou referred to people ignoring the symptoms they develop for several days before getting tested, others who fail to disclose all their close contacts and those who try to bend the measures.

“For example, football teams that booked stadiums in other districts so that the ‘kids’ don’t miss the training,” he said.

Ioannou also urged young people to think about their families and especially the elderly people and strictly follow the measures to avoid giving the virus to vulnerable population groups.

He said he understood how tired people are of this situation, including himself, but stressed there was no other option.

“We are dealing with a virus, which is here, it is among us and it is deadly,” he said, adding that unless there is an effective vaccine, which is not expected in the coming months, the only effective treatment is to follow the measures and protocols.

“Hands-Masks-Social Distancing and the other protocols,” he said.

A record 83 new Covid cases were recorded on Tuesday, prompting Ioannou to call the extraordinary meeting.

The minister had said he was very worried about the recent surge after being briefed on the numbers.

Advisory committee member Constantinos Tsioutis warned that a difficult winter is ahead and people need to improve the organisation of their daily lives and their workplaces and observe all measures for their own and their loved ones’ protection.

Ioannou said an info campaign will be launched to raise awareness on coronavirus and the measures they need to take.