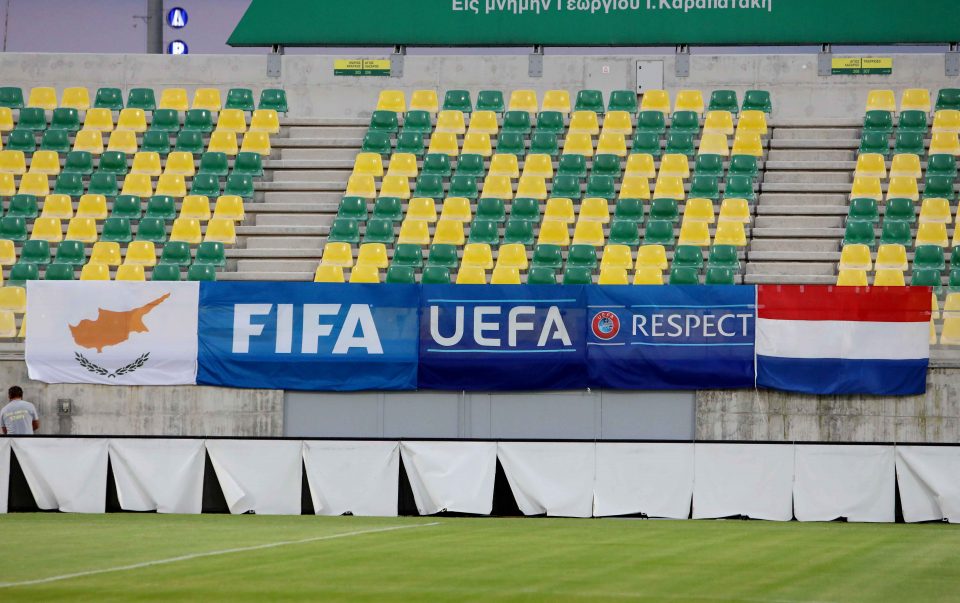 Cyprus U21 vs Netherlands U21

Let’s revisit the numbers. 21 shots against 8 from the opposition. 70 per cent possession. 622 passes with 88 per cent pass accuracy. 7 goals scored with none conceded. You need not have watched a single second of the game between the Cyprus national under-21 football team and their Dutch opponents to understand the latter’s domination.

Although it appears like the perfect game to the casual observer, coach Marcel Groninger is not in a hurry to label the entire performance as a flawless one and is keen to add context to the final scoreline.

“We were not good in defending in the first half”, he told the Cyprus Mail after the game, adding that “Cyprus played a lot of good football as well” and made it difficult for his side, especially during the first half.

The Netherlands coach also factored in the psychological element to the final scoreline. “It became easier when we scored the second and third goals because they knew it was over. The belief was gone and it made it easier for us”, he stated.

Despite the sober analysis and the work needed to be done to iron out any imperfections, the Dutch coach accepted that he could not begrudge the final result. “We did not expect that scoreline but you hope for it. Winning is the most important thing. When you concede no goals and score seven you have to be happy”, he said.

The Netherlands started in what appeared to be a 4-4-2 formation, although Groninger is keen to explain that this was only the case when his team were out of possession.

When the Netherlands were on the ball, the shape looked closer to a 4-2-2-2, with the nominal wide midfielders, Ekkelenkamp and Kadioglu, tucking inside just in front of the central midfield pairing of Gravenberch and Abdou Harroui. Attacking width was provided by the overlapping full-backs, Deyovaisio Zeefuik and Mitchel Bakker.

“It was the first time we defended in a 4-4-2 system, which was difficult for us in the first half, so I had to repair this”, Groninger said, referring to some in-game alterations he made.

Off the ball, the Dutch tried to press from the front, with Sierhuis and Zirkzee closing the Cypriot defenders in possession, cutting off passing angles depending on the side from which the hosts tried to build from.

“We tried with our two strikers to press in the right side or the left side and then the midfield tried to get the ball. In the second half it was much better”, the coach said.

Cyprus find it difficult to regain possession high up the pitch, let alone impose themselves on the game. This is not to say that the effort wasn’t there, with Cyprus trying to press high up the pitch themselves, in some instances forcing the Dutch to pass back to the goalkeeper.

However, this is not something the Netherlands tradition does not expect and is not trained to deal with. In the vast majority of cases, the visitors were able to use their composure and technical ability to pass through the somewhat disjointed Cypriot press.

Conversely, Cyprus found it much more difficult to deal with tight marking in midfield and being harried high up the pitch, causing some sloppiness in their own buildup.

“We forced them to play a long ball game”, Groninger said. “You also saw that they played long which means that you have to win the second ball. It’s very important that our strikers and midfielders go back and win the duel”, he explained.

There was an incident where Peratikos and Botman clashed heads after competing for the ball in the air. Although both of them managed to stand up and walk off the pitch not long after the incident, I asked Groninger if Botman had suffered a concussion. “No concussion. The injury seemed bigger than it was”, he said. 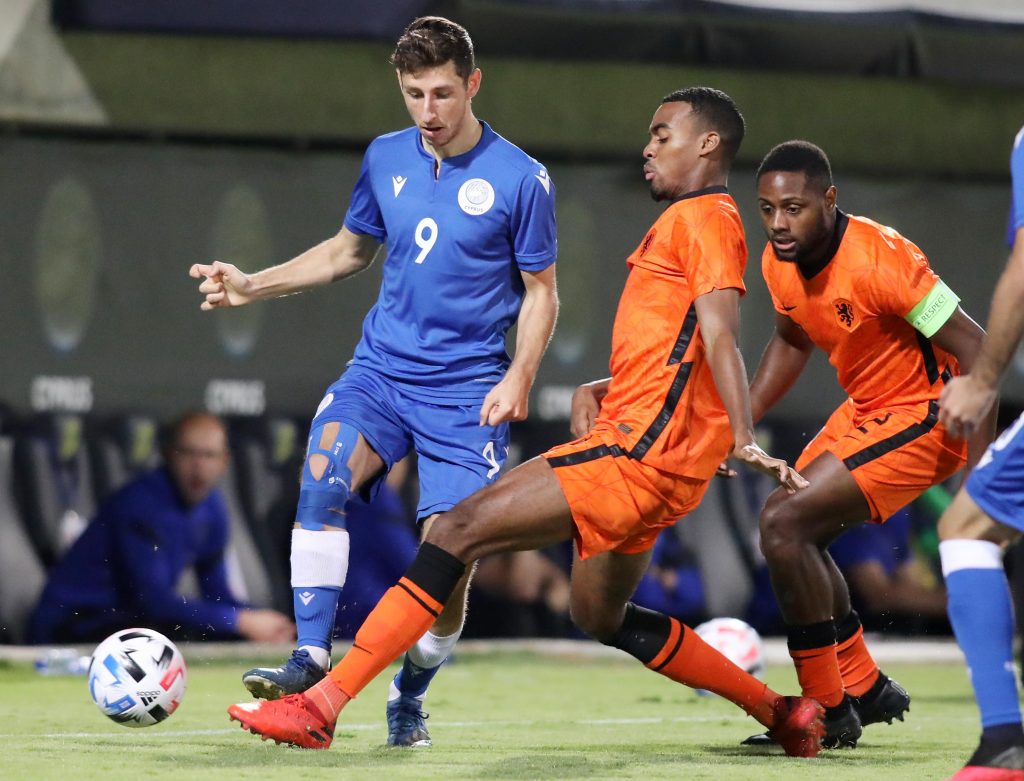 I asked if the national team’s setup across age groups has a broader plan and if it has the future development of both the players and the national team in mind. “Yes. Of course, we have a lot of good players, playing at clubs like Fenerbahce, Hertha, and of course in clubs in Holland”, he said.

“We tried to make a strategy in Holland. We have had this group together for about one and a half years. We missed a lot of players yesterday but we have a big group. We work a lot on tactics during the training camp”, he added.

The Dutch coach did not discount individual ability and their respective clubs’ contribution to their development, however, he did acknowledge that club tactics and national team tactics are not always aligned.

“The players are quite good themselves. Of course they learn a lot at their clubs where they play but for a lot of players we have different tactics when they come to the national team. We are satisfied with their development but we can do better”, he stated.

Finally, on the immediate future plans of the team, there’s one thing in mind, the forthcoming 2021 UEFA European Under-21 Championship.

Although the Netherlands are at the top of the Group G table and have already mathematically qualified to the tournament as one of the five best runners-up, Groninger wants to finish the qualification phase as group winners.

“We are playing against Belarus and then Portugal away. This will decide who will be first in our group”, he said.

“We won our first game [against Portugal] 4-2 so a draw should be enough, maybe even lose by one or two goals but of course we hope to win”, he concluded.

Sounds of an Emperor