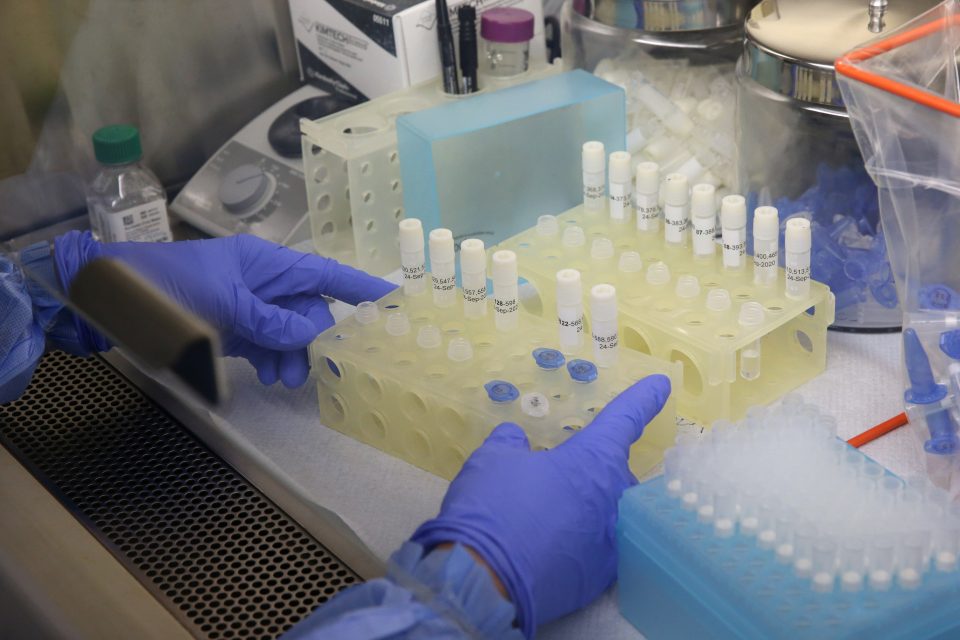 Cyprus’ track and trace unit is swamped after a dramatic spike in the number of coronavirus cases and cannot therefore communicate with all the contacts of positive Covid-19 cases in the optimal time frame, Health Minister Constantinos Ioannou said on Friday.

He said the situation was at a “tipping point” as far as new measures were concerned.

The comment came just hours before his ministry announced 94 new cases detected from 3,084 tests on Friday. Most appeared to be in Limassol, which has remerged as the current hotspot for the most positive cases, accounting for almost half each day, an official said.

The spike in daily cases – there were 104 on Thursday – has alarmed authorities who have called an emergency meeting for today at the presidential palace.

The situation is such that the contact tracing unit has become overwhelmed and unable to track and trace those with whom the positive cases have had interactions with, which are reportedly around 2,500 people.

Commenting, the head of the contact tracing team Valentinos Silvestros said the tracing programme had been rendered useless.  “At this moment, the number of cases is so high that we have to set priorities [where we test]. We will check where there is greater need and greater danger, the other clusters will be of secondary importance,” he told CyBC.

Neither have health ministry officials been in a position to offer daily breakdowns on the origins of the positive cases until at least 24 hours later, further confusing the picture by publishing Thursday’s case details on Friday while all eyes are by then on the latest numbers.

“It is impossible to trace all the contacts in the optimal time. That is why we are asking people to restrict their interactions,” Ioannou said.

The number of cases surged above 100 on Thursday for the first time since the start of the outbreak, prompting President Nicos Anastasiades to call an urgent meeting of the epidemiological team for today – as soon as he returns from the EU summit in Brussels.

Ioannou spent Friday holding meetings with student organisations, employers and trade unions in a concerted push for greater compliance with the health protocols.

Authorities are anxious to avoid a lockdown although there has been speculation that additional measures at local level may be decided tomorrow, particularly for Limassol.

Speaking to the media, Ioannou said that the president was very concerned by the sharp rise in the number of cases, but assured that there was no panic.

The coronavirus outbreak will be assessed at the meeting. Ioannou noted that it was important to analyse the cases in terms of age and location so that the right decisions could be taken.

And he reiterated that the second wave could only be effectively managed through collective actions and strict adherence to the protocols.

He said protocols have been simplified and checklists drawn up for easier compliance but noted that the key is implementation. Other issues discussed with employers and unions were staggering working hours and remote work.

Asked whether new measures were to be expected, he said some have been adopted for Nicosia and Limassol, as has the requirement for masks in indoor areas when there is more than one person. “We are waiting to see their result. If the need arises additional measures will be taken.”

Pressed on whether a general or local lockdown was on the cards, he said that the situation was at a tipping point.

“We want to avoid a general lockdown as it would be disastrous for the economy. From there on, of local or other measures are needed we will go ahead,” he said.

Cyprus’ strategy has relied on wide testing, timely contact tracing and compliance with the measures,

“Everyone must appreciate that it is critical to comply with the measures whether we are in the family or professional environment or at social events. They must be adhered to at all gatherings. It’s not good enough for only 60- 70 per cent to comply, Everyone must do so.”

It will take months to deal with the surge, so social distancing and personal protection must become part of our daily lives, he added.

Later in the day, professor of microbiology/molecular virology at the University of Nicosia medical school, Petros Karayiannis said Friday’s numbers would continue for the next few days.

“For the next three to four days, we will continue to have a high number of cases. I hope we will not have a three-digit number again, but I think it is a bit unlikely taking into account the number of cases found each day,” he said.

On another lockdown, Karayiannis said he thought it unlikely, as there are other steps that can be taken before deciding on such a “drastic measure”.

Alluding to the establishment of a new night-time curfew, Karayiannis said one of the possible measures that could be discussed with Anastasiades at the meeting on Saturday was limiting movement at night to stop young people from gathering in crowded areas where cases have been detected.

At the meeting with Anastasiades, the epidemiological team and the president will assess the situation, Karayiannis said, adding the team had prepared some recommendations.

In the north of the island, the ‘health minister’ Ali Pilli called on people not to cross to the ‘Greek-Cypriot side’ if it was not completely necessary.

He added Turkish Cypriot workers, students, and others crossing out of necessity to the Greek Cypriot side, needed to wear masks and keep to social-distancing measures, due to the rise in cases.

Pilli said no cases have been found at the crossings as yet, but that they would be increasing the random checks conducted there.

Numbers have been in the single digits for weeks in the north, with the latest numbers for Friday recoding five cases out of 1,731 tests.

Israel and Cyprus celebrate 60: strong partners for a common future