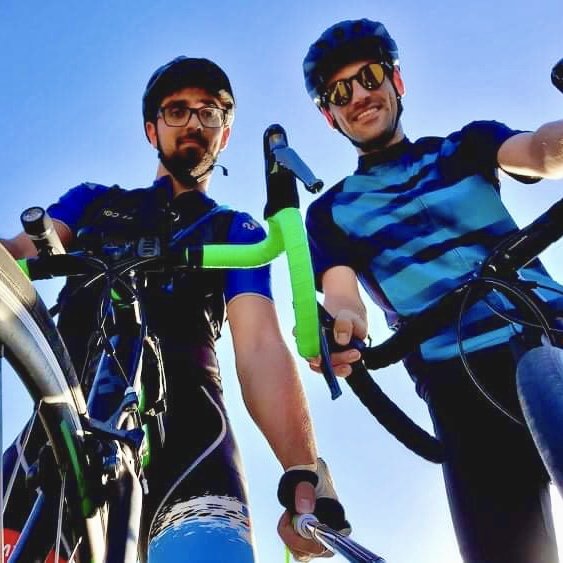 Two young cycling enthusiasts will ride their bikes across Cyprus to raise money for a local environmental NGO.

Based in Limassol, Tour de Cy will cover approximately 550 kilometres in five days. All donations to the fundraising campaign will be given to local environmental NGO Terra Cypria.

“It’s a bit crazy, we have never done anything like this before,” said the two lifelong friends Cambise Heron and Christinos Tsialas, both 25.

Starting at 7am this Saturday, they will cycle to Polis Chrysochous, from there, the two cyclists will travel to Troodos (the most difficult day according to them). They will cycle to Nicosia in the third day and then to Protaras before they return to Limassol on the fifth and final day.

“As tiring as it is going to be, we are very excited about doing this,” said law graduate Cambise.

Christinos, a member of the Limassol cycling club, highlighted their love of cycling. “I have been cycling pretty much all my life,” he said.

Christinos says he has managed to cycle 200km in one day before, while Cambise’s record is 120km in one go. Both young men have been extensively training for this challenge.

In just two weeks, the online donations reached 755 euros, surpassing their initial goal of 500 euros. Now the goal is reset at 1,000 euros.

To encourage people to donate more money, Christinos, confident in his stamina, came up with an additional challenge this week. The challenge calls for them to cycle one kilometre in the opposite directions for every €20 donation.

“The more money we raise the better,” said Cambise. “We will pay for food and accommodation so that all the money can go to a good cause.”

But the campaign also aims to start a conversation, the organisers said, and raise people’s environmental awareness.

“Humans have the habit of annihilating everything. We hope to help change that” Christinos said.

Respecting the planet starts in simple things, the cycling enthusiasts said: from picking up your rubbish after camping and not bringing your dog to turtle nesting beaches, to using less energy and using your bicycle instead of driving”.

The public can follow Tour de Cy’s journey on Instagram, where there will be posting photos of their adventures during those five days and show off the island’s nature.

The most brutal celeb breakups

Pandemic has highlighted need to clarify status of actors and artists

Coronavirus: Permission to walk dogs after 9pm and travel to airports

Etek says Varosha should be shifted from political to technical arena

Kidney patients in Famagusta stage protest over lack of doctors