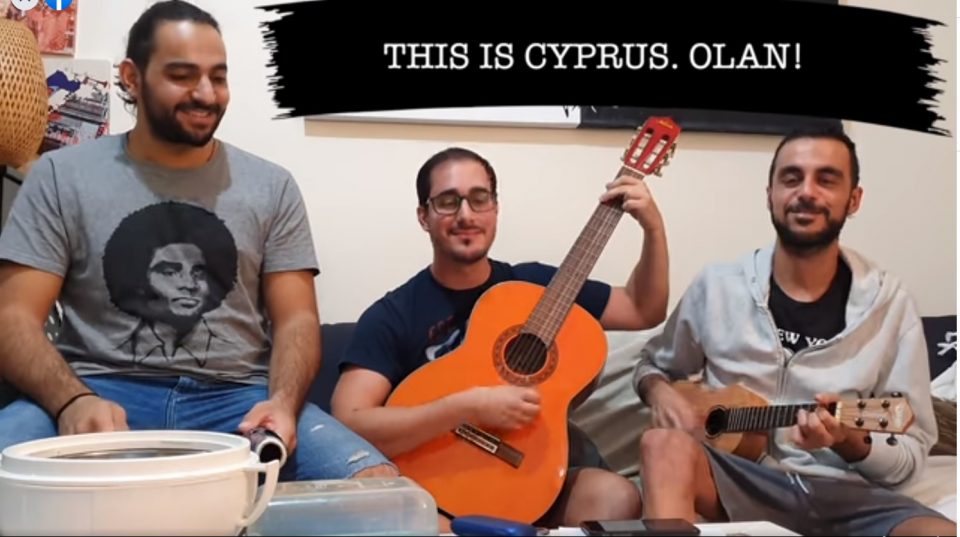 The song, ‘This is Cyprus Olan’, by the three-member band Alaloum has been posted on their Facebook page.

The clip includes excepts of the recent Al Jazeera bombshell investigation which shows Demetris Syllouris, who resigned under pressure as House president on Thursday, and Akel MP Christakis Giovanis, who quit on Tuesday,  ready to help a fictitious Chinese businessman secure a ‘golden passport’.

The title is inspired by the comment made in the same video by lawyer Andreas Pittadjis after he said the applicant could just change his name once he has secured a passport.

The lyrics, all in in the Greek Cypriot dialect, are also inspired by the Al Jazeera investigation on Cyprus’ much-maligned citizenship by investment programme.

“Find some dignity or else Nikaros [a reference to the president of the Republic] will get angry and ‘the demon will take you’” the lyrics said, linking it to a recent comment Anastasiades made to reporters when he warned them against questioning him about the Al Jazeera video.

Less than one and a half minutes long, the Facebook video shows Nectarios Lanitis holding a wooden spoon and an aluminium foil roll playing the ‘drums’ on plastic containers. Giannis Karambatsos sings and plays the guitar, while Theodoros Agathokleous also sings and plays the ukulele.

In the song, they ask the people of Cyprus how long those in power will profit at the island’s expense.

More than 2,000 people shared the song, a number much higher than the band’s usual reach.

“Enjoy responsibly”, as the band wrote in the description of the video.