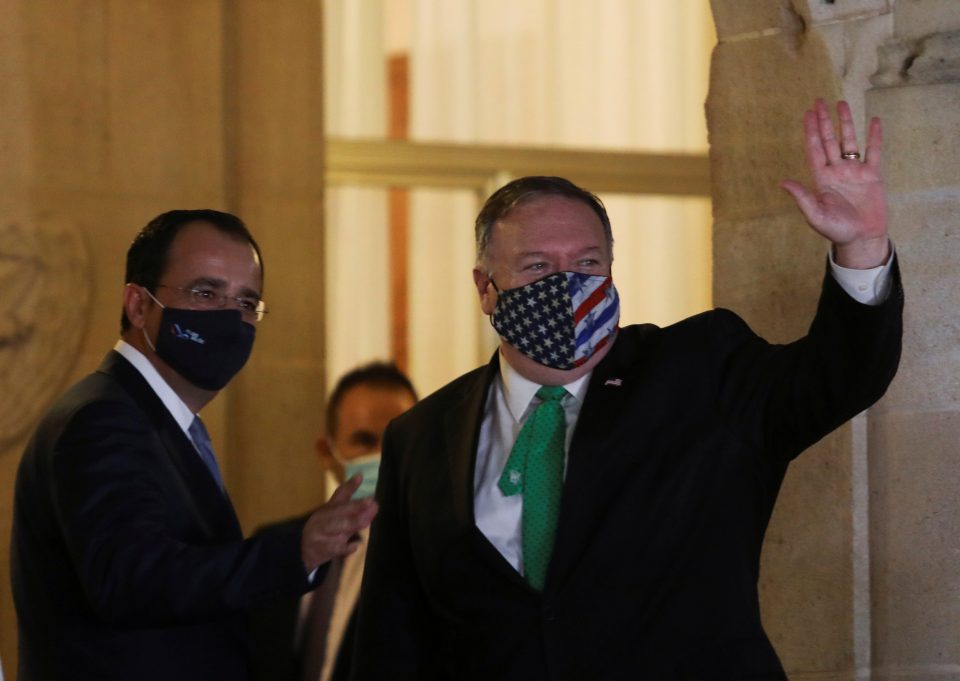 File photo: U.S. Secretary of State Mike Pompeo waves as he is welcomed by Foreign Minister Nikos Christodoulides at the Presidential Palace in Nicosia

US Secretary of State Mike Pompeo has said that the Turkish  move in reopening part of the fenced-off area of Varosha is provocative and inconsistent with UN Security Council resolutions.

She said that the Secretary “expressed deep concern and noted such a move was provocative and inconsistent with UN Security Council Resolutions 550 and 789 and not conducive to a return to settlement talks”.

“The Secretary urges a reversal of the re-opening and welcomed the UN Security Council’s session and presidential statement on Varosha on October 9.  The United States continues to support a comprehensive settlement to reunify the island as a bizonal, bicommunal federation, which would benefit all Cypriots and the entire region” she added.