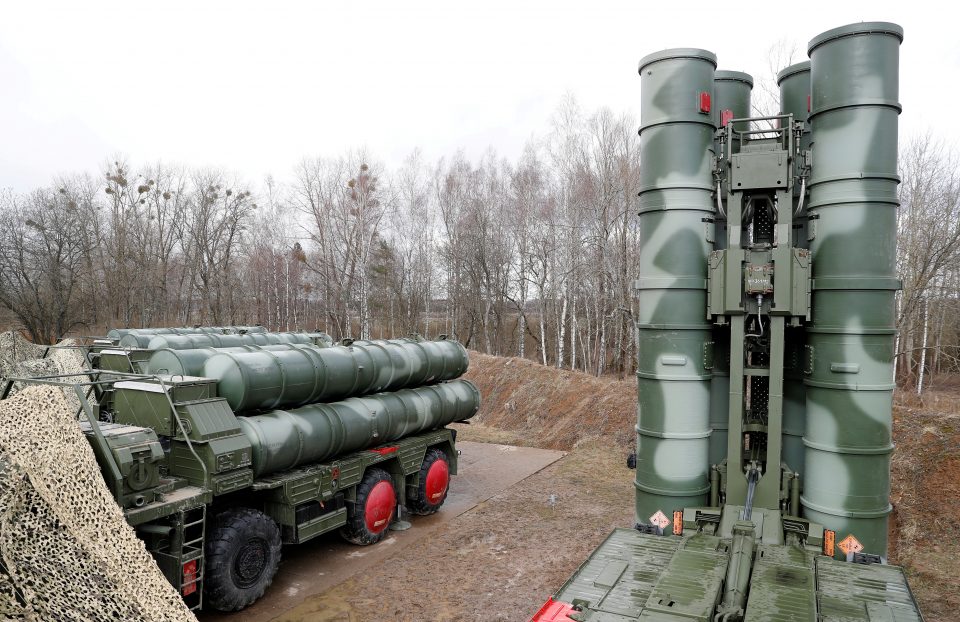 FILE PHOTO: A new S-400 "Triumph" surface-to-air missile system is shown after its stationing at a military base outside the town of Gvardeysk near Kaliningrad, Russia, March 11, 2019. REUTERS/Vitaly Nevar/File Photo

A missile was fired into the sky on Friday on Turkey’s Black Sea coast where the military was expected to test its Russian-made S-400 defence systems, according to local video obtained by Reuters, drawing a strong warning from the United States.

The video, taken in the coastal city of Sinop, showed a narrow column of smoke headed high into the blue sky. In recent days Turkey had issued notices restricting air space and waters off the coastal area to allow firing tests.

Tests of the S-400s, if verified, could stoke tensions between Turkey and the United States, which sharply opposed Ankara’s purchase of the weapons from Moscow on grounds they compromise shared NATO defence systems.

A U.S. official, speaking on the condition of anonymity, said that Turkey had tested the S-400 system on Friday but did not provide details.

State Department spokeswoman Morgan Ortagus said the United States has expressed to the most senior levels of the Turkish government that the acquisition of Russian military systems such as the S-400 is unacceptable, adding that Washington has been clear on its expectation that the system should not be operationalized.

“We have also been clear on the potential serious consequences for our security relationship if Turkey activates the system,” Ortagus said.

“If confirmed, we would condemn in the strongest terms the S-400 test missile launch as incompatible with Turkey’s responsibilities as a NATO  Ally and strategic partner of the United States,” she added.

The Pentagon, separately, said that the S-400 should not be activated.

“Turkey has already been suspended from the F-35 program and the S-400 continues to be a barrier to progress elsewhere in the bilateral relationship,” a Pentagon spokesman said.

Turkey’s defence ministry said it would neither deny nor confirm missile tests.

Washington reacted last year by suspending Turkey from its F-35 jet programme and has threatened sanctions.

Defence analyst Turan Oguz said a preliminary assessment of the colour, intensity, angle and route of the smoke in the video coincided with S-400 missiles. The angle of the column suggested the target “must not be too high,” he added.

Last year the military conducted radar tests of the surface-to-air defences, which is among the world’s most advanced and can spot and track incoming aircraft at medium and long ranges.

Turkey signed the S-400 deal with Russia in 2017. Deliveries of the first four missile batteries, worth $2.5 billion, began in July last year.

Belgium to close all bars and restaurants for a month, imposes night curfew