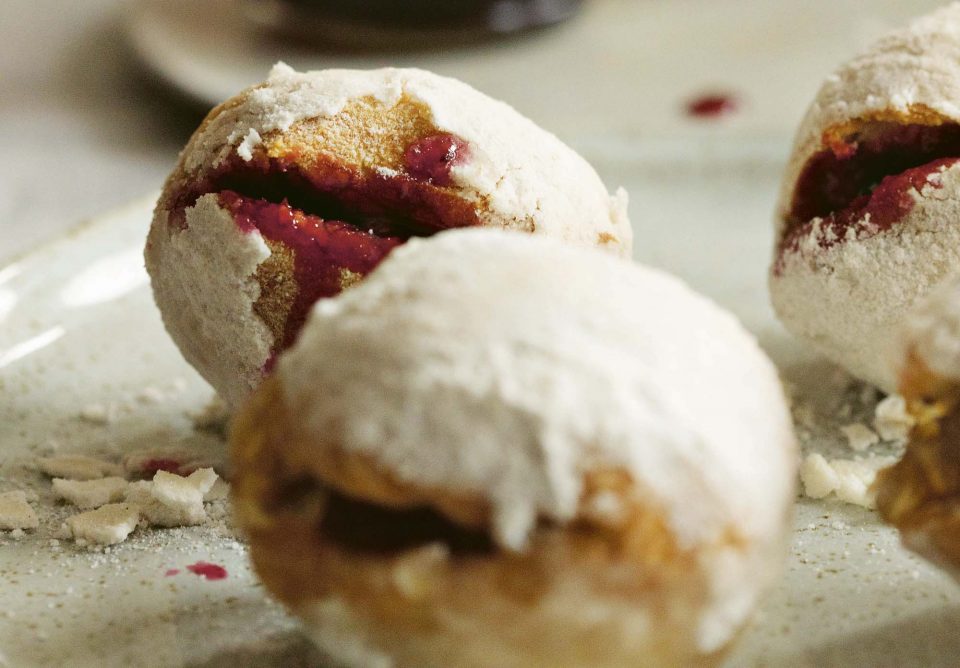 What if we told you there’s a fizzy drink that can give you a major energy boost, but it doesn’t involve a can containing astronomical amounts of sugar or caffeine – in fact, it’s highly nutritious, and can be made at home?

Rachel De Thample says she experienced a “massive wave of energy” when she started drinking kefir, a fermented dairy drink, on a daily basis. It was not long after giving birth to her son, when she’d started to feel “wiped out” all the time.

“That’s quite common for new parents, but I just felt like there was something else going on. I was feeling pretty horrid and I went to see a nutritionist and she did some gut testing and found I had no good bacteria in my gut,” the food writer says.

Blaming a poor diet growing up in the US, combined with “a lot of antibiotics” she’d taken as a child, De Thample cut out sugary and starchy foods and embarked on “a pretty pure diet, mostly fruits and veg and nuts and a few lean meats and fish.

“Then after I did that for about six weeks, I started to introduce loads of fermented foods to repopulate the good bacteria – the one I first started with was goat’s milk kefir from Wales,” she recalls.

After enjoying the energy “rushing back”, Texas-born De Thample decided to have a go at making her own kefir, which is how her obsession with all things fermented began.

Now, the 44-year-old has penned River Cottage Handbook No.18: Fermentation, imparting all the knowledge she’s garnered throughout the years.

So what exactly is fermentation? “Basically, you’re creating an environment where good bacteria can multiply,” De Thample explains. She’s keen to stress that you don’t need to get bogged down in the science if you want to create tasty fermented foods like pickles, sauerkraut and sourdough bread, or drinks like kefir and kombucha.

She says sauerkraut is the “easiest and the best” recipe for beginners, and the most versatile in terms of how you use it – in everything from lentil salad and potato cakes to Bloody Marys.

Brew the tea with the boiling water in a heatproof jug, allowing it to steep for 30 minutes to one hour. Strain the tea into a jar or jug, then whisk in the sugar until dissolved (I tend to ferment kombucha in a Kilner-style jar).

Once your tea has cooled to room temperature, add your scoby. Pour in the two tablespoons of apple cider vinegar – this helps to kick-start fermentation; add more if you want to speed up the fermentation (or brewing) process.

Cover with a clean cloth and leave to ferment at room temperature (18-22C) for five days to two weeks.

Strain the kombucha through a cloth-lined sieve into a jug. Pour into bottles and seal with corks or stoppers. Leave at room temperature for 24 hours to build up carbonation. Then keep in the fridge until ready to drink, or for up to six weeks; the longer you leave it, the tangier it will become.

In a large bowl, mix the sourdough starter with the warm milk, flour, melted butter, sugar, salt and beaten eggs to form a smooth dough.

Turn out onto a floured surface and knead well for five to 10 minutes until the dough is stretchy. Transfer to a bowl, cover with a damp cloth and leave to rise at room temperature for eight to 12 hours or overnight, until doubled in size.

Tip the dough out onto a well-floured surface and pat or gently roll out to a 1cm thickness. Use a 7cm cutter to stamp out rounds. Reroll the trimmings to cut more doughnuts.

Cover the doughnuts loosely with a tea towel and leave to prove in a warm place for about one hour until almost doubled in size. When you press the dough gently with a finger, it should bounce back.

Transfer the doughnuts to a floured baking tray or board and cover with a clean tea towel. Leave to rise in a warm place for 30 minutes.

For chocolate-glazed doughnuts, pour the cream into a pan and gently heat to just below the boil. Put the butter and chocolate into a bowl, pour on the warm cream and stir until melted and smooth.

Heat the oil in a deep-fat fryer or large, heavy saucepan to 190C (or until a small piece of dough dropped into the hot oil turns golden in 15 seconds.

Deep-fry the doughnuts, one by one, for about two minutes each, until golden. Transfer to a plate lined with kitchen paper or a wire rack to drain.

Fill the cooked doughnuts while they are still warm.