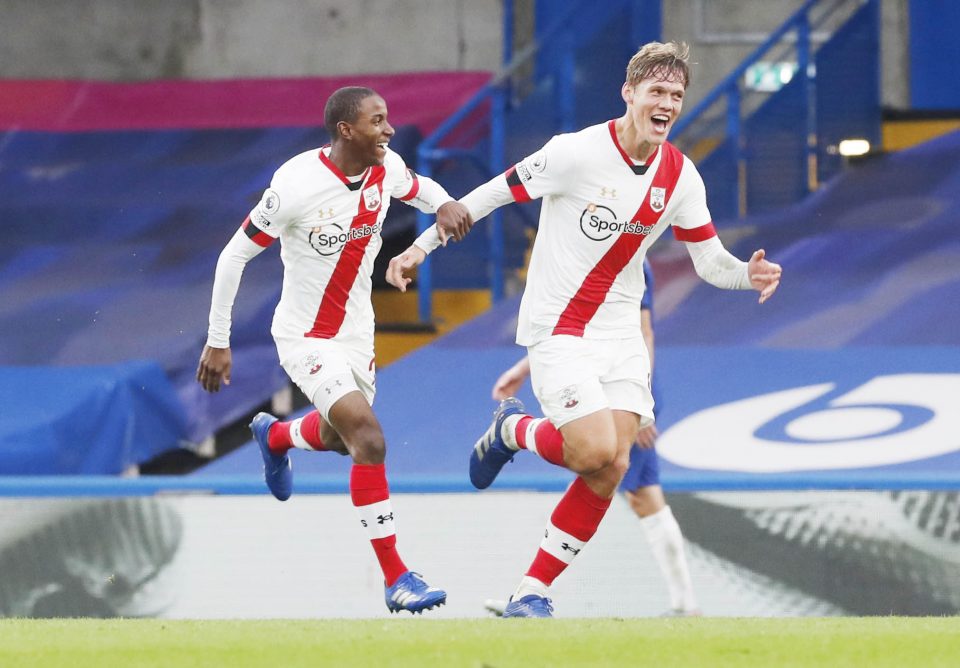 Southampton came from behind twice on Saturday to earn a 3-3 draw at Chelsea despite Timo Werner scoring two skilful individual goals for the home side, his first in the Premier League.

Southampton’s Jannik Vestergaard scored from a free kick in injury time after an entertaining and open game of fluctuating fortunes.

Werner, who joined Chelsea from RB Leipzig in June had earlier lit up Stamford Bridge with a delightful dummied goal in the 15th minute and another in the 28th when he lobbed over the advancing Southampton keeper Alex McCarthy, then headed into the empty goal.

The $60 million striker should have had a third in the 40th minute but he blazed the ball over the bar and three minutes later Southampton pulled one back when Danny Ings rounded goalkeeper Kepa Arrizabalaga after Werner’s compatriot Kai Havertz lost the ball deep in the Chelsea half.

Southampton kept up the attacking pressure in the second half and earned their equaliser in the 57th minute after some shambolic home defending when Kurt Zouma misjudged a backpass and Kepa missed the ball which Che Adams eventually slammed in to the roof of the net.

But Chelsea struck back immediately with a well worked goal, the ever-busy Werner crossing for Havertz to earn his own first Premier League goal with a simple tap-in, only for Southampton to equalise again in injury time.

Inside the richest zip code in the US