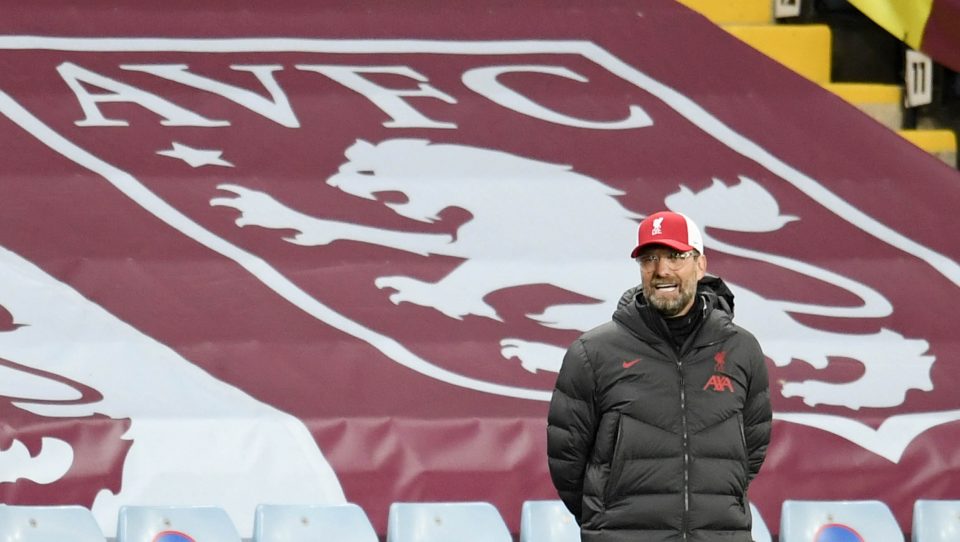 During their runaway title victory, their first for 30 years, earlier this year Klopp’s side remarkably dropped only one point until their first defeat in February.

The aberration at Villa Park was arguably the worst performance under Klopp, who marks the fifth anniversary of his first match with a Merseyside derby against Everton at Goodison Park on Saturday.

With an international break following immediately afterwards the Reds boss had no time to address the issues with his players but believes the result can have a positive effect.

“The challenge in this situation is that you don’t want the players to be affected or influenced in the next game. You want a self-confident team,” he said.

“You don’t want a team that looks like it’s got heads down, but on the other side you don’t want to forget the game as well and the 7-2 result helps pretty much with that, in the sense we will not forget it.

“And I got that feeling more and more during the hours after the game that maybe after all the positive things that happened to us it needed a proper knock in the middle of our face to shake us through.

“I’m not 100 per cent sure about that but that is the way I take it and then it was OK because there is no other reason why 7-2 should be good.

“But if it was for that then it could have been the most important game of the season. So that is why we try to use it and we will see.”

The tier three local lockdown in the Liverpool city area means the 237th Merseyside derby will be one like no other, with fans unable to watch in pubs or together at home.

Their previous meeting in June, their first match after the shutdown, was a dismal goalless draw at Goodison Park.

However, Klopp hopes, considering the current local conditions, this one will provide more of a lift.

“I like to think that football is always a massive point in the city. I’m pretty sure it is,” he added.

“A few months ago we were talking about whether football is really necessary and its role in the society. From a very subjective point of view, I was pretty sure that it did.

“There is an important role that we play. The people in the city are used to dealing with difficult situations, that’s how I see it.

“I don’t live in the city centre and I don’t know how it looks but usually when bad things happen this city comes together and they try to make the best of it.

“We try from a football point of view, for sure. We are both clubs from the city, the whole city is united and will be watching one football game.

“From that point of view, you are probably right, that it is even more important.”

Over 2,000kg fruit from the north seized