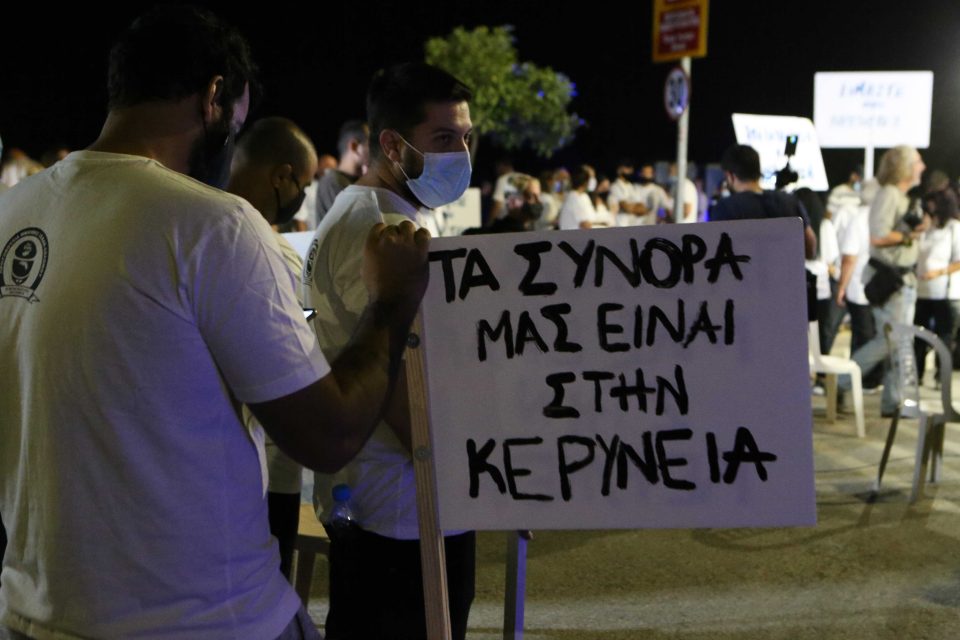 Hundreds of people from all over Cyprus gathered on Saturday evening in Dherynia for a peaceful anti-occupation demonstration to protest the decision by the Turkish Cypriot ‘government’ to open part of the fenced area of Varosha in Famagusta.

The protest, ‘We are all from Famagusta, We are all from Kyrenia’, taking place under strong police presence, was organised by the Initiative for the Memories of Isaak and Solomou (named after the two men killed by Turkish forces in August 1996).

Motorcyclists arrived from various areas of Cyprus to join the demo. Boat owners too gathered in sea area nearby offering their support. Participants were asked to wear white t-shirts and leave their political beliefs at home.

Concerns had been raised over violence at the event after a similar event last Sunday saw around 250 hooded protesters armed with bats and sticks breach the Dherynia checkpoint to protest the partial opening of the Varosha fenced area a few days earlier.

Fearing similar incidents, this time in both sides of the divide, both leaders called for calm.

President Nicos Anastasiades earlier in the day urged people taking part in the protest not to act in a way that could be held against the Greek Cypriot side by Turkey. 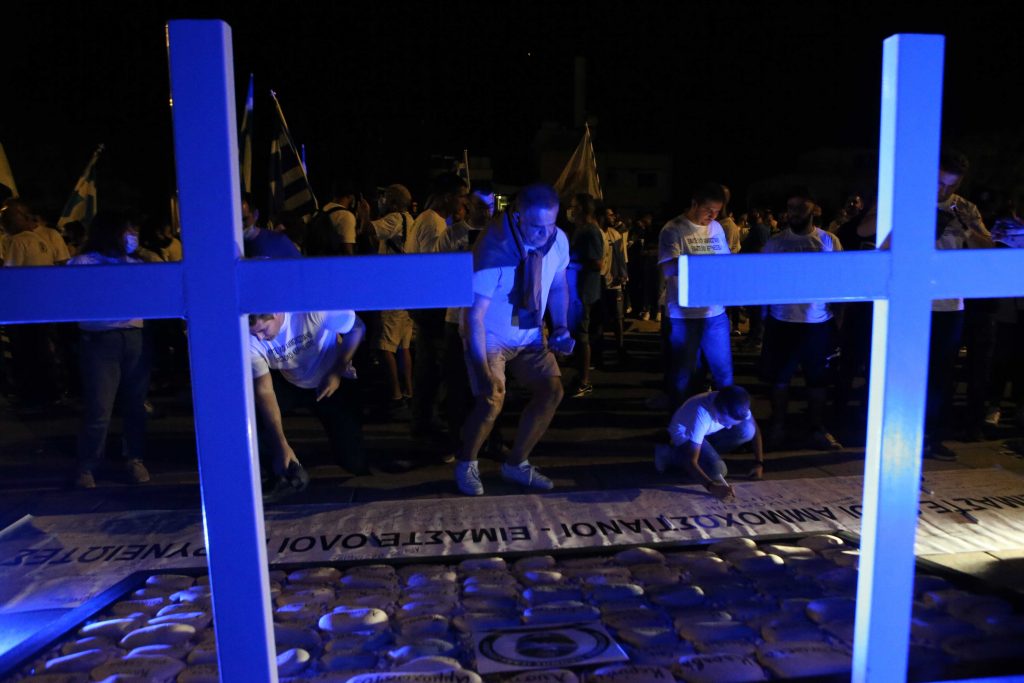 Citing sources, Anastasiades said in a written statement that “Ankara’s henchmen” would gather at the same time on the Turkish Cypriot side of the crossing, seeking to provoke incidents and would use any pretext to interpret the actions of protesters as provocation.

“That is why I extend a warm appeal to all those who will participate in the event, to behave responsibly and to express their feelings of indignation in a way that will not allow the Turkish settlers and the Grey Wolves, who will gather in the area, to use any action to achieve what Ankara is seeking,” Anastasiades said.

The president said he fully understands and shares the feelings of bitterness and indignation caused by Turkey and the occupying regime’s actions. He added that for that reason, the government has already raised the issue both with the UN Security Council and the European Council.

Anastasiades and the health ministry urged protesters to keep all protection measures against coronavirus.

The organisers dismissed any claims they were planning to cause problems, arguing they have proved many times that they respect the community of Dherynia.

The initiative said that the since the day it was established, it has not given anyone the right to question its intentions, which are to keep memory alive, the liberation of all the occupied territories and the return of all refugees to their homes.

They also said that the physical integrity of the participants is their top priority.

“Everything else said aims to cast a shadow over the anti-occupation event,” the group said.

In the north however, influenced by last Sunday’s incident, it was reported that far-right Elam is also involved in the organisation of the demo.

A group with Turkish flags gathered on the north side of the Dherynia crossing in reaction to the event in the south.

Turkish Cypriot leader Mustafa Akinci, in his own written statement on Saturday evening, called for restraint to “prevent the provocations from reaching their goals.”

He said the event was planned by “fanatic Greek (Cypriot) groups.”

Akinci also said he raised the holding of the event with the UN and the Greek Cypriot side and called on them to take the necessary measures so that protesters do not enter the buffer zone or violate the north’s “borders.”

He said he explained to both the UN and the Greek Cypriot side that such actions do not contribute to peace and tranquillity in Cyprus, but also carry the risk of creating tension, and stressed that provocations should be avoided.

Some saw expediencies behind the protest since it is taking place a day prior to the second round of the ‘presidential’ elections in the north. 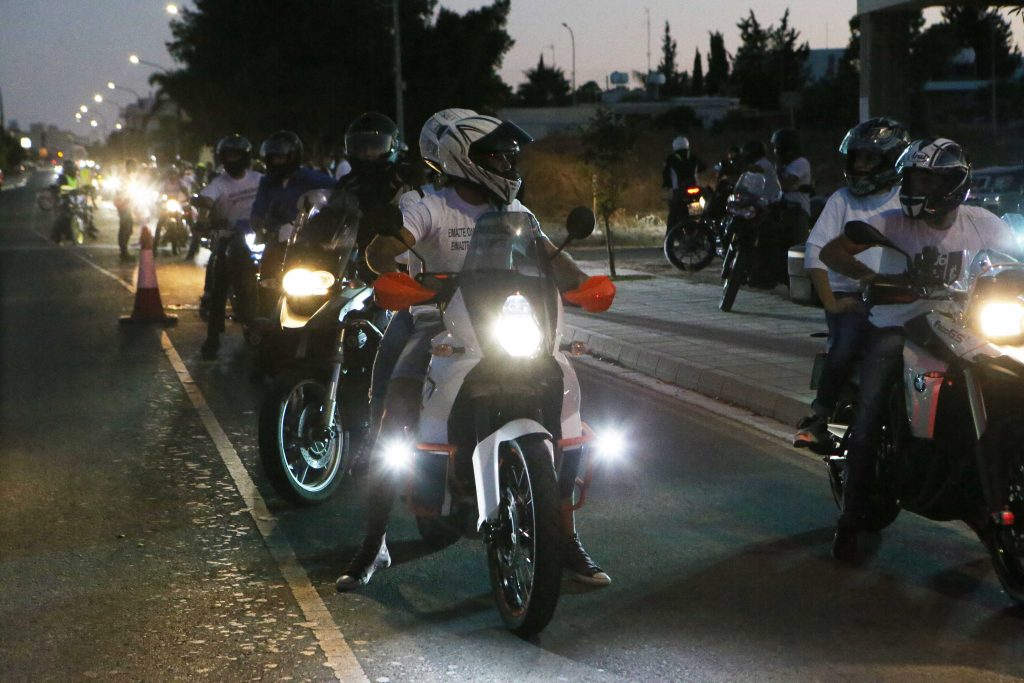 “Today’s planned event at the Dherynia crossing point raises concerns about a possible diversion from the peaceful context. If this happens, it will do serious damage both to the prospect of resuming negotiations and the prospect of a solution,” main opposition Akel said on Saturday.

Last Sunday’s incident was used by one of the two contenders, ‘prime minister’ Ersin Tatar, who is openly promoted by Turkey as the new Turkish Cypriot leader, to boost his election positions. Tatar is against a federal solution, calling for alternative ways.

During the events there was strong Unficyp presence in the buffer zone between the two sides.

Klopp: Aston Villa defeat could be ‘most important game of season’

Cyclist found dead believed to have died from natural causes