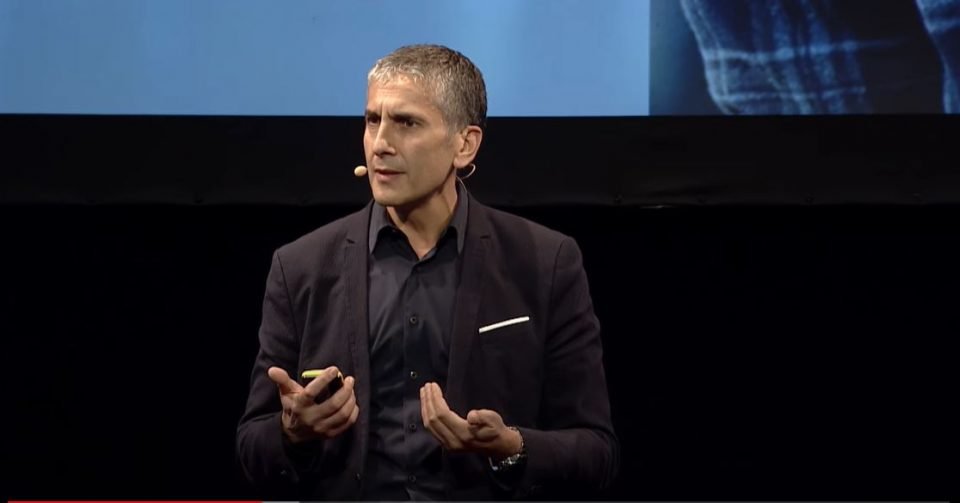 Tom Toumazis MBE is a UK Cypriot business leader who has built a successful career while taking time to give back to society.  More recently, he’s been bringing his skills to bear on behalf of the Cypriot community.

After many years in senior roles in advertising, film and entertainment businesses like ITV, The Walt Disney Company, Eurosport, Endemol Shine and Yahoo!, he is today a Non-executive Director of the Performing Rights Society for Music, one of the largest collectors of royalties in the world.

He’s supported start-up companies, as a founder investor and chair of four start-ups from data analytics, to online art retail, from mobile games to the biggest Expo in the UK for the Hemp and CBD industry.

Toumazis is a Trustee of the National Society for the Prevention of Cruelty to Children (NSPCC), and has helped raise over £14 million for that charity over the last 16 years. Through his work for the charity he was awarded an MBE in 2015 for services to children.

He is also a public speaker, sharing his work/life experiences and encouraging young people to explore a career in the world of media and entertainment. He finds time to support London South Bank University, where he is a Visiting Professor of Business and an Honorary Fellow.

Working with the National Federation for Cypriots in the UK

“I’ve always been proud to be a Cypriot,” Toumazis told the Cyprus Mail in an interview.

“But I’d drifted away from the community as my career took me in a different direction (my family ran a Greek restaurant).”

Then, early last year Toumazis was invited to a event at Buckingham Palace called “Celebrating Cyprus” attended by HRH Prince Charles and by President Nikos Anastasiades, along with about 200 prominent Cypriots from around the UK.

“I was so proud to see so many amazing people from the entire spectrum of industry, the arts and education, and they were all of Cypriot background,” he notes.

“Cypriots have their own special way of getting things done. With over 300,000 UK Cypriots residing here in the UK we are one of the largest minorities.”

Yet it struck Toumazis that the Cypriot community could do more to connect the next generation. “Today, across the UK, Cypriots have succeeded in all walks of life. However, there is an opportunity for our community to play a much larger role within the UK. Surely there is a way to nurture and inspire the next generation of our community. It would be a lost opportunity if we don’t  help young people to become the Cypriot giants of tomorrow,” Toumazis insists.

So Toumazis has set to work with Federation President Christos Karaolis to find ways to build and reinforce that connection. “We are working together to find ways to engage and motivate young Cypriots using the stories, ideas and the wisdom of successful Cypriots.”

Toumazis had an event planned for young Cypriots in London when COVID-19 hit. But he and Karaolis plan to hold that event, and many others like it, in the coming year.

Growing up in North London in the Sixties

Toumazis was very connected with the Cypriot community as a child. “I was born in the UK, my parents came here in the fifties from Cyprus. My father had intended to earn some money, and then go back to Cyprus, but it didn’t work out that way” he says.

Growing up in North London, amongst the Cypriot community he felt what it was like to come from a different ethnic group.

“You are different, but in ways that I believe give you strength: That liveliness, that willingness to debate, argue and make up, laugh and love. These were not the distinguishing characteristics of Britain in my formative years. And then you have an unusual name, you eat strange things, you have a second language…as a child, you don’t see it as that different but it was” Toumazis comments.

This background enabled him to make a strong connection with Cyprus as a senior businessperson.

And he has strong feelings about the future of Cyprus.

“Cyprus has enormous potential. We have a well-educated population who are good to do business with. There is a strong sense of professionalism and honesty. What is needed is investment in infrastructure and technology in order to build on what Cyprus has.”