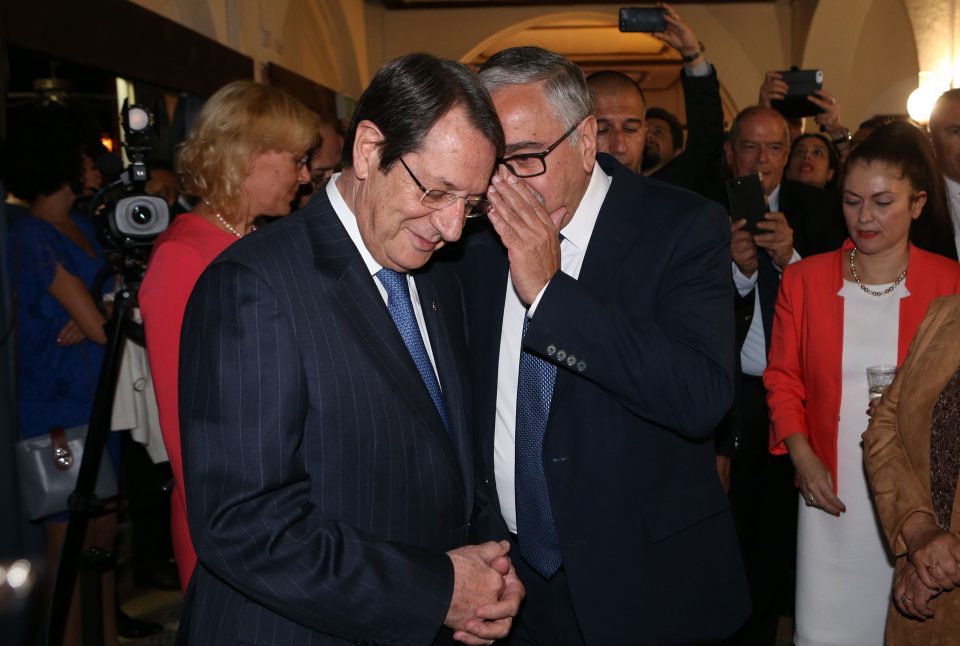 For some years now, I have consistently argued that in the negotiations for the reunification of Cyprus, the Greek Cypriots should have one and only one red line: the need to secure the political and economic independence of northern Cyprus from Turkey.

Quite a few Greek Cypriots used to mock this position, suggesting that I was very naive to believe that it would ever be possible to severe the political and economic cords connecting the Turkish Cypriots with Turkey. Simply put, severing this relationship is a goal that the Turkish Cypriots would never aspire to. Interestingly, this may turn out to be a false impression. Current developments are confirming that the Turkish Cypriots, without denying their own cultural heritage, are ready to coexist with the Greek Cypriots, as long as their safety and well-being can be secured and provided their “equality” and effective participation in the processes that shape the future of our common homeland are adequately protected.

The irony of this is that the vast majority of Greek Cypriots are also favourably disposed towards the idea of co-existence, but they are overwhelmed by a strong fear that, despite their numerical superiority, they will end up under the control of Turkey and of certain extremist Turkish Cypriot elements. They see a visible risk of the whole of Cyprus being chucked out of the European Union. These fears may be exaggerated but they are not unfounded.

Regrettably, the situation has become a vicious circle. In an attempt to pressure the Turkish Cypriots to accept their positions, the Greek Cypriots isolated the latter in Turkish Cypriot enclaves, in which other Turkish Cypriots voluntarily sought shelter and a sense of security. The resultant climate of conflict and polarisation (which has been systematically cultivated by extremists on both sides of the dividing line) exacerbated the situation and finally led to the almost complete separation of the two communities.

If Mustafa Akinci is re-elected today as the leader of the Turkish Cypriot community and the negotiation process for the reunification of Cyprus is launched (as promised by the UN secretary-general and the European Union), the ball will be thrown into the court of the Greek Cypriot leader, who will be called upon to prove his ability and courage to lead Cyprus into safe, calm waters, through the clashing rocks of the ancient myth of Jason and the Argonauts.

The dove depicted below will be set free this coming Tuesday morning, October 2020 with the birth of a new movement One Cyprus.

Argonauts get ready to row with all your strength, navigating the ship through the clashing rocks that are threatening both the Greek Cypriots and the Turkish Cypriots with extinction.

And one footnote. The Republic of Cyprus seems to be sinking, having been overloaded with corruption. It is a tragic irony that those who can clean the stables are the Turkish Cypriots. This is a possible explanation of why certain Cypriot politicians view the prospects of reuniting Cyprus with a hostile eye.

These politicians must go home to make room for newcomers such as Mustafa Akinci. When on numerous occasions in the past, I raised the alarm and indicated clearly and unambiguously that the legislation regulating the compilation of statements of wealth, (which are the most powerful tool against corruption) have been rendered toothless to the point of becoming totally ineffective, our MPs, headed by the ex-Speaker of the House, were giving the impression that they were all deaf, leading to the unhappy state of affairs we are seeing today.

So, if those who are calling today for catharsis really mean what they say, all they have to do is to engage people who have the required technical competence and the necessary integrity to throw the existing toothless legislation into the waste basket and to redraft the rules on a solid foundation, by setting aside all the usual excuses, such as the need to ensure that “personal data” is adequately protected. In the case of the legislation governing the statements of wealth, it looks like a matter of “protecting impunity and corruption” more than anything else.

Decision to let off police officers criticised by opposition