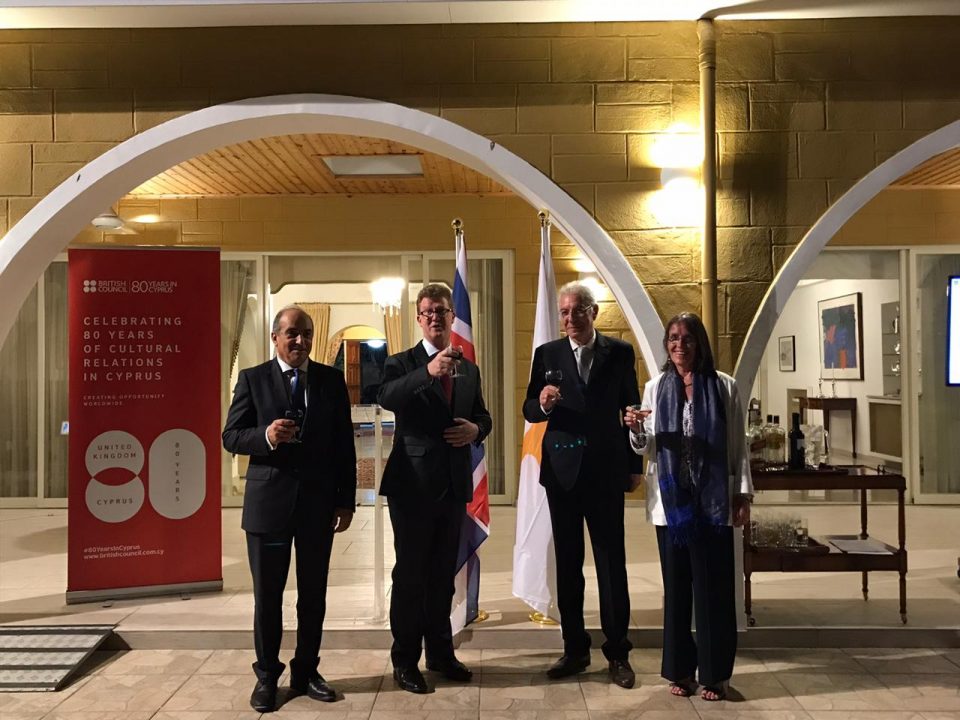 The British Council has launched a new service, a digital library, as part of its 80th anniversary celebrations.

“We are bringing back the library, however in a digital form,” director of the British Council in Cyprus Angela Hennelly said on Monday. The organisation’s extensive physical library closed down more than 15 years ago.

“We are one of the first countries in the European Union to offer the British Council digital library and its vast collection of academic and non-academic e-books, audio books, magazines and newspapers, shows, documentaries and plays, comics and novels.”

The first one was established in Cairo in 1934, and others in the region such as in Turkey and Palestine – and Nicosia – soon followed.

In addition, it set up a newspaper, the Cyprus Post, which when it folded was taken over and renamed the Cyprus Mail, itself celebrating its 75th anniversary.

“During the second World War, there were institutes in Kyrenia, Famagusta, Limassol and Paphos apart from Nicosia,” the director said. “They were teaching English to Indian soldiers, Polish refugees and Romanians.”

Cultural events which were a big deal for a small community were organised throughout the 1950s.

Even with the troubles between Greek and Turkish Cypriots in the 1960s, the council continued its work much as usual, though it was housed in different buildings due to the turmoil.

“We have gone through thick and thin, and plan to be here for the next 80 years,” the director told the Sunday Mail. “History has shown that we will be able to do this.”

In the 1970s and 80s, the institutes also taught English to civil servants.

Thirty years ago, the organisation was housed in a bigger building, with a library and rooms for lectures, targeting all those who wished to learn English.

Nowadays, the target group is more focused, Hennelly explained, with 18 to 35-year-olds being the main group the British Council means to engage.

This group mainly operates via the Internet and social media.

“As always, the world keeps changing and 2020 has taught us of the value of digital technology. We are moving forward and continue to offer our services in a digital world building connections, understanding and trust between people in the UK and other countries through arts and culture, education and the English language,” said Hennelly.

The 80th anniversary of the British Council in Cyprus was celebrated at an event on September 29.

It was hosted by the British High Commissioner, Stephen Lillie and Angela and was attended by former president of the House of Representatives Demetris Syllouris, Education Minister Prodromos Prodromou, the Nicosia mayor and other guests such as university rectors, UK alumni and executives from cultural and educational organisations.

Prodromou focused on the evolution of the collaboration of the ministry with the British Council as well as the new agreement between Cambridge University, British Council and the ministry. The agreement will give the opportunity to students of public schools to receive certificates of internationally recognised examinations such as the Cambridge English B1 Preliminary and Cambridge International IGCSE English as a Second Language.

To find out more about the digital library of the British Council and how to register, visit https://www.britishcouncil.com.cy/programmes/digital-library