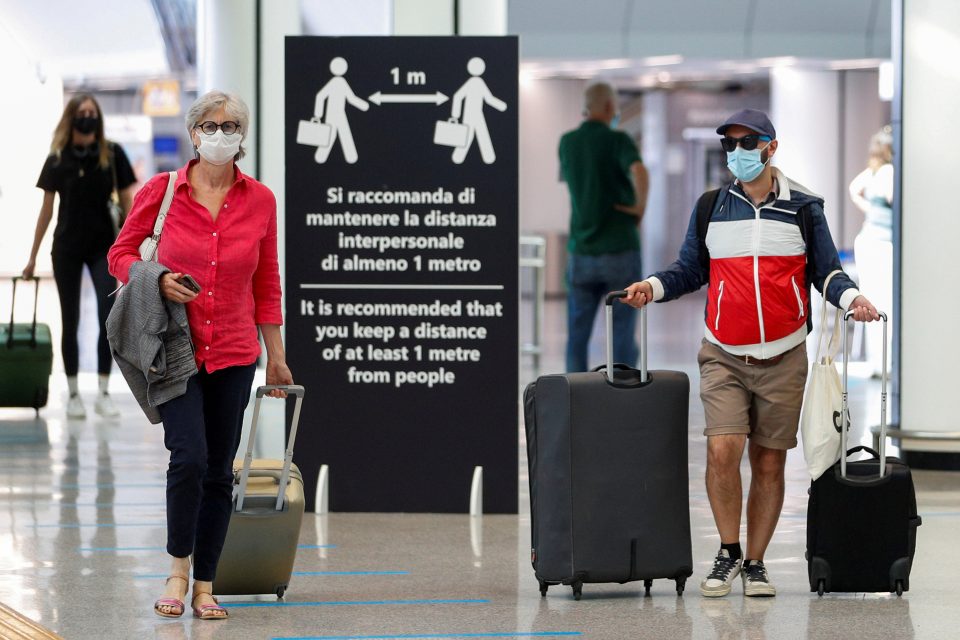 Battle is now joined in northern Cyprus between Mustafa Akinci and Ersin Tatar about the kind of settlement the Turkish Cypriots want their leadership to pursue in negotiations with the Greek Cypriots when talks resume under the auspices of the UN secretary-general.

The election of “president” of the “TRNC” as leader of the Turkish Cypriot community is like a referendum on one of two alternative ways of proceeding: reconstituting Cyprus as a federal state or a two-state solution to the Cyprus question.

As between Akinci and Tatar policy differences on the future of Cyprus is very clear: Akinci believes in reconstituting the Republic of Cyprus (RoC) as a federal state within the EU whereas Tatar supports a two-state solution within the EU.

A federal state has a number of permutations and Akinci’s policy depends a lot on what RoC would be prepared to accept and on what terms. There is a framework put forward by the UN secretary-general in Berlin in November 2019 to which both sides are committed, which would probably be relaunched after the elections on Sunday though its chances of success will depend on the outcome of the Turkish Cypriot elections.

A looser federal arrangement is apparently favoured by President Nicos Anastasiades and there is no doubt that a federal solution can accommodate different degrees of central control. It is a kind of one size fits all kind of settlement depending on what people can handle at any given time adapted and adjusted to get agreement.

There is a precedent for choosing the federal way as the preferred route. After the collapse of the Soviet Union many regimes in East Europe collapsed including the German Democratic Republic also known as East Germany. This immediately raised the vexed question of German reunification and how it was going to be assimilated into the EU.

In the end East Germany did not have to apply to join the EU as a separate entity. If it had, it might not have been allowed to join. Margaret Thatcher, the British prime minister, was dead against German reunification and Britain might well have blocked East Germany’s entry into the EU.

In the event, Margaret Thatcher was ousted from power in 1990 and Germany found a complete answer to the East German conundrum when the five states of East Germany joined the existing 10 states of the Federal Republic of Germany that was already a member state of the EU.

At present the whole island of Cyprus including the areas in northern Cyprus not under the control of the government of RoC is in the EU, but as its legal order is suspended there, the full benefits of membership are not apparent. Under Cyprus’ constitution Turkish Cypriots are citizens of the RoC by operation of law and as such they are also automatically EU citizens, which enables visa free travel across the EU. This has benefited Turkish Cypriots wishing to live, work and study in the UK and be treated like any other British citizen. Alas not any more now that UK has left the EU, but they are still free to travel anywhere else in Europe without being subject to immigration control, which is very useful for those who travel often.

There are also some economic projects run by the EU in the “TRNC” through unofficial agencies: the “TRNC” is not a recognised entity able to engage in relations with the EU so any economic development assistance is channeled through the Turkish Chamber of Commerce. These projects have not provided the economic development they were supposed to when Cyprus joined in 2004. The advantages of membership are going to be in the future with the advent of a solution and they will be considerable – people’s standard of living and quality of life will improve economically, socially and culturally.

The choice Turkish Cypriots face is stark. If they vote for Ersin Tatar and he pursues the separatist two-state route it would be in breach of the treaty of guarantee on which the Turkish side normally relies in negotiations on Cyprus, and will land the Turkish Cypriot community outside the EU for good.

Turkey has been trying to join the EU since 1963 and so far as I know the present Turkish government’s policy is still to join, albeit against all the odds. Yet she is pursuing a policy in Cyprus and in every other direction that she must know reduces her prospects to below zero – not that they were ever above zero.

By contrast the Turkish Cypriots are in the EU and have EU citizenship and freedom of movement in most of Europe. It is a precious right that many citizens of Turkey would dearly love to acquire. I would think twice about throwing it away.

Alper Ali Riza is a queen’s counsel in the UK and a former part time judge.

UK business groups join together in call for Brexit compromise