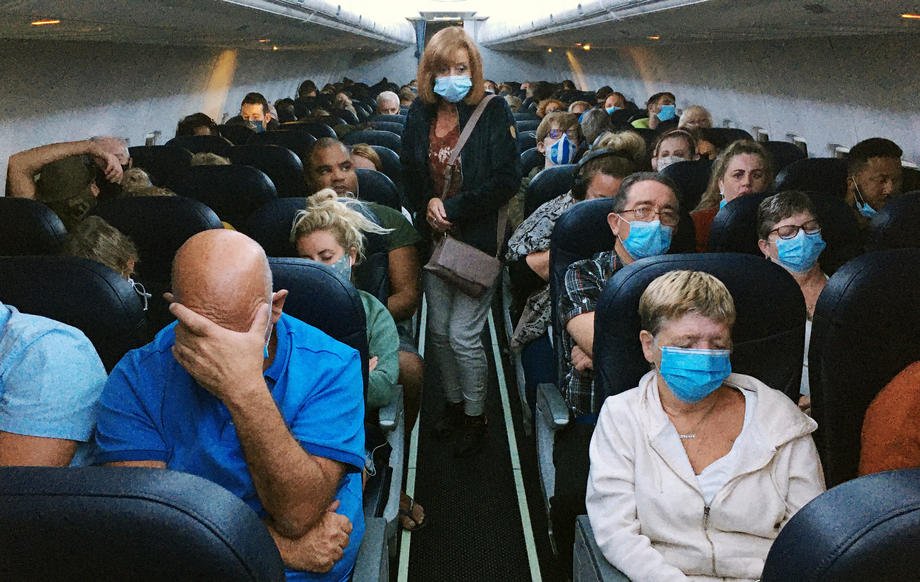 After eight full months of the global pandemic, the pressure to keep the economies open and let the chips (or rather, the elderly) fall where they may is growing strong.

The ‘Great Barrington Declaration’ of October 4 was signed by three medical professors from Oxford, Harvard and Stanford universities and by tens of thousands of other people. It demands a return to “life as normal” – no mention of masks, social distancing, contact tracing or Covid-19 tests – for everybody except “the vulnerable”, who would presumably self-isolate semi-permanently.

Never mind that the sponsor is the American Institute for Economic Research, a libertarian think-tank funded by the Charles Koch Foundation and other hard-right American groups whose main business is climate change denial.

Never mind that the declaration advocates ‘herd immunity’, a blessed state that is normally achieved by mass vaccination, not by exposing the entire population to a disease with a 3 per cent mortality rate.

Never mind either that re-infections with Covid-19 are now a documented fact, which means that ‘herd immunity’ is not really possible with the various strains of this coronavirus. Forget the ideology and look at what is really happening with Covid-19 death rates.

If you include Portuguese-speaking Brazil (709 deaths per million), then seven out of the worst ten speak the languages of the Iberian peninsula. Two others are English-speaking countries with populist governments: the United States (666) and the United Kingdom (633). The tenth, mysteriously, is Belgium (880).

How weird is this? Well, no other country on the planet is above 600 deaths per million. And equally curious is the fact that none of the other developed countries that speak English have exceptionally high Covid death rates: New Zealand (5 deaths per million), Australia (35), and Canada (255).

You can account for the very low Australian and New Zealand death rates by the sheer geographical isolation of these countries, but you could not find two countries closer or more alike (except in their politics) than Canada and the United States.  Yet the US death rate is almost three times the Canadian rate. How can we explain all this?

The great majority of the countries with under 100 Covid deaths per million people are Asian and African nations with fast-growing populations and a median age of well under 30. Covid-19 selectively kills elderly people, and such people are very scarce in these countries.

A few richer East Asian countries in this under-100-deaths-per million group have much older populations (China’s median age is 37.4 years, Japan’s is 43.4 years). But these are all countries with well developed medical systems, strong social discipline, and recent experience with similar pandemics.

Then there is the broad group of countries with between 100 and 500 deaths per million. Most are rich countries with relatively old populations and good medical systems, but lower social discipline (or, if you prefer, more social freedom).

They range from Germany (117 deaths per million) and Russia (157) to Ireland (369) and France (500). Elderly people are a big chunk of the population, and how many actually die seems to be determined mainly by how well each government manages the pandemic. The wrong policy or a few days’ delay in acting can make a huge difference.

And the final group are the Latin American countries (almost all over 500), where median ages are as high as in the rich countries but medical services and government competence tend to be worse. Lots of old people die, and even many younger people who would have survived in better run and less unequal countries don’t make it.

How did the United States and the United Kingdom end up in the same sad group? Both countries have populist governments so obsessed with their own popularity that they reflexively delay or avoid unpopular but necessary decisions. Too little, too late on the way into lock-down; too fast on the way out.

And what about Spain and Belgium? Maybe that was just poor management: there are always a few outliers. But the general conclusion is clear.

What really matters is the age profile of the population. In poor countries with fast-growing, very youthful populations, the economic cost of lock-down probably outweighs the harm done to the relatively few elderly people. In Uganda, only 2 per cent of the population is over 65: protect them by wearing masks and so on, but don’t close down the economy.

In Germany, half the population are over 47, and almost a quarter are over 65. Taking the Great Barrington Declaration’s advice could cost half a million lives. Horses for courses.