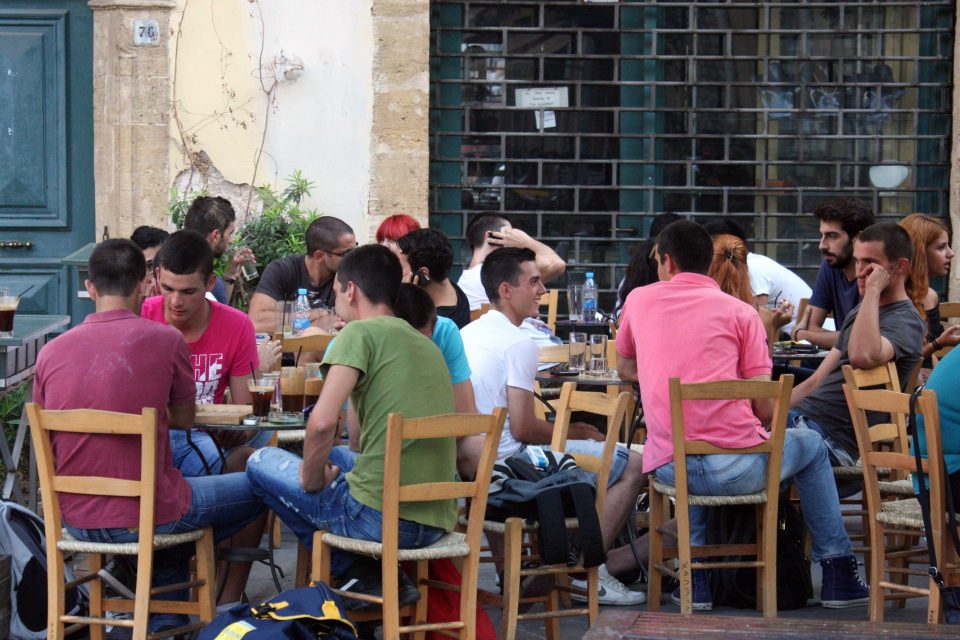 Every effort should be made to prevent rising unemployment, especially among youth

The impact of COVID-19 and the ongoing scandal on the unsavory implementation of Cyprus Investment Program by certain entities are inflicting considerable damage on the fragile Cyprus economy. The tourist sector has been devastated with foreign tourist arrivals falling by 85% in the first 8 months of 2020, while the reputation of Cyprus as a sound place for foreign investments is being tarnished by the scandal.  These adverse factors in turn are hurting a private sector burdened by very large amounts of unpayable debt and an oversupply of immovable properties.

To remedy this grim situation and create a path for the sustained recovery of the economy private sector there is an urgent need for the Government to play a leading role. It cannot just be conducting a marketing and cleansing operation through promoting a revival of tourism and disinfecting the Cyprus Investment Program and return to “business as usual” with routine budgetary policies. In order to sustain growth the vulnerable Cyprus economy with its heavy dependence on the tourist and construction sectors needs to become resilient by diversifying  productive activities. And only the Government with its access to ample EU funding can resuscitate and contribute importantly to diversifying the Cyprus economy. Indeed, the economy cannot be rebuilt with its current unsustainable business model.

In fact, Cyprus has been allocated 1.17 billion euro under the EU’s Budget for the period 2014-2020 with a large amount of such funds remaining unutilized and still available to provide relief and recovery from the adverse effects of COVID-19. There is also up to 479 million euro available to Cyprus under the EU’s SURE employment support program to protect workers and businesses. Furthermore, under the EU’s budget for 2021 to 2027 1.45 billion euro has been assigned to Cyprus to finance socio/economic development programs and projects. And in addition a further 1.25 billion euro is available to Cyprus under the new EU Recovery and Resilience facility with possibly up to 50% of this amount in grants; use of this facility requires policy-makers to make their economies more resilient in order to sustain recovery.

The Recovery and Resilience facility will be crucial in helping to direct resources to render member countries “greener” with and more digitized. Indeed, over 50% of the funds from the Recovery and Resilient facility are to be mandated to the EU’s Green Deal (at least 37%) and digital transition (around 20%). The EU will require also that funds from this facility be employed in supporting reforms in line with specified country recommendations such as in revamping the education and training system in Cyprus.

The Government budgets for the years 2021 to 2023 submitted to the House of Representatives for approval by Minister of Finance Constantinos Petrides are mainly routine and disappoint. While these budgets allocate a substantial amount of funds for achieving a greener and more digitized economy, they do not indicate any compelling need to fundamentally diversify the economy with new investment projects in other potential growth areas. It is noteworthy that while an increased amount of funds is earmarked for so-called development expenditures, projections show that only 1.5% of GDP will continue to be disbursed as capital expenditures for investment projects. In contrast salaries of civil servants are budgeted to increase by 12% between 2020 and 2023 and reach 13.5 % of GDP.

It is questionable also whether the budgets devote sufficient funds to reforms specifically recommended by the European Commission such as for measures to raising the efficiency of the justice system. And it appears that not enough funds are being allocated to supporting households and businesses hurt by COVID-19 and, moreover, addressing the inequalities exposed and exacerbated by the virus. Indeed, such disparities are hindering inclusive economic growth.

In sum, the Government budgets submitted by Minister Petrides point to “business as usual” with expenditure allocations being in line with past priorities such as in providing excessive compensation and benefits to Government employees.

These shortcomings and the failure to adjust budgets to the economy’s and society’s current needs indicate that more is required from Government expenditure and taxation policies and reforms to bring about a sustained and inclusive recovery of the Cyprus economy compatible with the EU agenda.

Most importantly, the Government should be formulating a new growth strategy that stresses  the need to make the economy more resilient and less dependent on the vulnerable tourist and luxury construction sectors. In this connection EU funds and incentives including genuine debt relief should be provided to support companies to make productive investments in the real economy such as in the health and education sectors. The Cyprus Investment Scheme could be substantially redesigned to encourage actual investments by non-criminals in the real economy apart from in purchases to finance luxury property development. More specifically, the setting up of vocational education and retraining centers and instituting research and innovation units attached to universities and medical schools would seem to offer much potential for adding real value and employment. Even builders of high-rise apartments should be able to divert their activities to constructing energy-efficient social housing and infrastructure for the education and health sectors compatible with the Green Deal and eligible for using EU funds.

In addressing inequalities exposed and amplified by the COVID-19 crisis every effort should be made to prevent rising unemployment, especially among youth, and social exclusion stemming in part from recent crises from becoming entrenched.  Funds for measures to provide more equal opportunities for access to the jobs market and to high-quality education and healthcare as well as for the adaptation of the labor market called for by the green and digital transitions should be allocated.

And, moreover, the Government budgets need to be underpinned by a fairer and more buoyant tax system whereby residents pay taxes in accord with their ability to pay. Tax reform should involve a more progressive structure of income tax rates and the introduction of a progressive Central Government tax on immovable property as well as really serious efforts to combat widespread tax evasion.

Even if the design of the Government budgets for 2021 to 2023 were to be in line with EU guidelines and appropriate policies for Cyprus to produce a sustained and inclusive recovery of the economy there are strong doubts about whether the Government can deliver in achieving its budget objectives. Can Cyprus absorb the large amount of funds available from the EU and use the proceeds productively in implementing projects that would be included in budgets?

Past experience has shown that the Government, especially since 2013, has failed badly in the timely and effective implementation of development projects with the implementation rate for development expenditures being 62% in 2019. This is particularly the case for projects funded by the EU. By August 2020 only around 50 % of the amount (1.17 billion euro) available of Structural and Investment Funds for Cyprus [1] had been disbursed in implementing projects and programs. Such persistently large shortfalls are attributable mainly to the lack of institutional capacity and competence reflected in poor project preparation and evaluation, and to inefficiencies and corruption in the tendering process and awarding of public sector contracts.

In Cyprus no specific criteria on performance for the timely and effective execution of Government projects and programs exist. Performance-based budgeting that essentially moves the focus of budgeting away from inputs (expenditure allocations) and towards outputs or results is needed. In many OECD countries performance-based budgeting is conducted through delegating responsibility to line ministries/agencies to determine inputs for particular projects, while these entities in turn are held accountable for results measured in terms of outputs and outcomes. And given the favorable experiences of European countries such as Austria, Finland and Sweden in executing performance-based budgeting and in being more productive than Cyprus in using EU funds it would seem worthwhile for the Cyprus Government to adopt performance budgeting.

Both the Government and Cyprus banks have exhibited much incompetence in failing to use the considerable amount of funds available to finance productive investments. This failure in turn reflects the inabilities of these institutions in undertaking proper project preparation, evaluation, and financing. While there are large budget allocations to the Ministry of Finance’s Directorate for European Programs, Coordination and Development for 2021 to 2023, presumably to provide greater resources to more productively absorb the larger amount of EU funds available, a better alternative would be to use Government funds to help establish a Development Agency. In addition to a Government equity injection, this institution could be capitalized with some of the excess reserves of banks and with funds from the EIB. The Development Agency would employ competent professionals tasked with preparing and evaluating large scale projects that would be eligible for accessing EU funding, and along with Government Ministries and Agencies assist in ensuring that funds are more productively deployed.