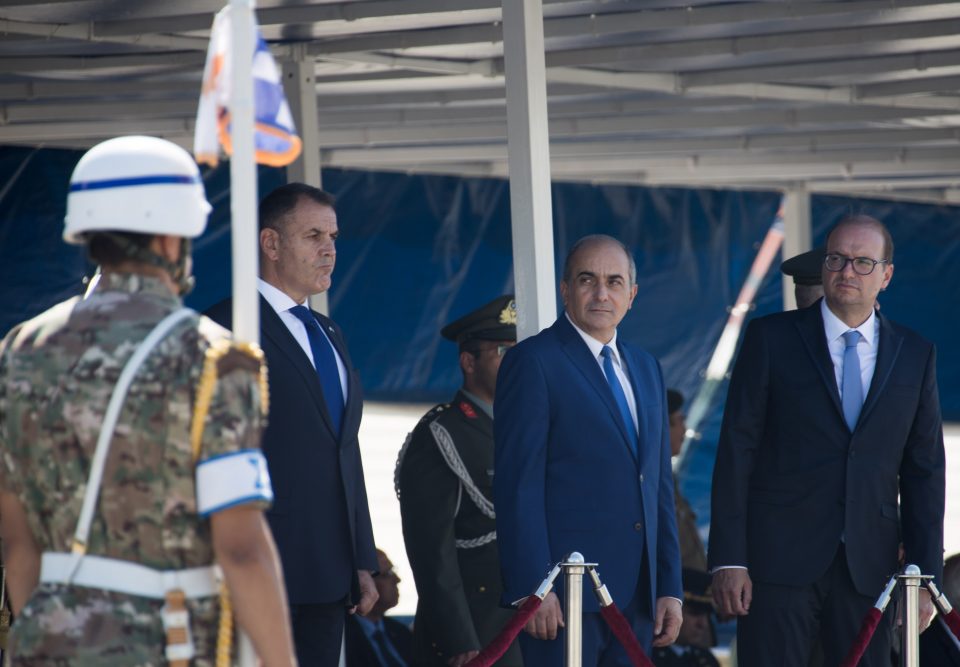 I ALMOST felt sorry for our disgraced former House president Demetris Syllouris the way he became the most hated and reviled man in Kyproulla, the entire population baying for his blood, cursing him and emitting smoke from their ears at the mere mention of his name.

Not even Nicos Sampson in his heyday inspired such universal loathing and disgust and his actions had infinitely worse consequences for the country than Syllouris’ pathetically corrupt behaviour. Maybe it was because there was no social media in those days to spark universal hysteria as happens now.

I still fail to understand the rampant rage and breast-beating of people, as if Syllouris was the only corrupt politician that ever walked our sacred land. I admit that it is a bit different watching the sleaze unfolding on a screen and hearing the subject express it in his own words but is that reason enough to become apoplectic?

Perhaps it was because Syllouris came up with a range of pitifully lame excuses for being caught with his pants down and refused to resign as House President that triggered the outrage button of everyone. He would abstain from his duties until the completion of the police investigation, after which he would announce his decision (presumably not to resign), he said, actually thinking he could get away with it.

If he had a bigger brain he would not have been caught on camera showing off to perfect strangers that he could arrange for a man with a criminal record to get a passport, if not in Kyproulla, in Slovenia, Malta or Latvia, where he knew the speakers of parliament.

LIFE can be very hard on some people. On October 1, Syllouris was living every politician’s dream, taking the salute as acting president of the Independence Day military parade and 12 days later his career was not just over, be he had become public enemy number one.

And he will not be around to see the completion of his noble initiative to introduce a code of ethics for members of the legislature. The code, which aimed to raise the ethical standards of deputies, was the brain child of Syllouris who made sure it included many safeguards against conflict of interest, such as acting as the salesmen of developers, and abuses of parliamentary power.

Advising the representatives of criminals was not one of its provisions, so Syllouris could not be accused of ignoring his code or having double standards. Now in retirement, he could draft the Code on how not get caught on camera.

WE SHOULD not feel too sorry for the man as he left his post with a hundred grand retirement bonus, a state limo, the expenses for which, including petrol, are covered by the taxpayer for as long as he breathes, two or three police bodyguards, one of whom will be his chauffeur and a monthly state pension of about €5,000. Public disservice is very well rewarded by Kyproulla.

That is not all. Former presidents of la Republique and former presidents of the House are also entitled to €3,000 a month for secretarial services. This is a legalised form of theft, because the they receive the amount even if they don’t employ a secretary and it is tax free, because it is an expense. So 8K a month and no petrol or car bills until you depart this world would dull the pain of stopping serving the public seven months sooner than you would have liked.

On the plus side, Syllouris will be remembered as the politician who inspired a front-page editorial in Phil, in the Cypriot dialect, urging him to resign, something that from my knowledge had never been done before. The paper, abandoning its humourless tradition said it used the Cypriot dialect so that Syllouris would understand what it was saying.

AKELITE deputy Christakis Giovannis, the developer, only had a supporting role in the Al Jazeera mega production, which seems to be the story of his life. In Akel he did not even have a supporting role as nobody had ever heard him utter a word in the House.

I am informed that he actually never bothered to show up, which probably suited the party of the proletariat as they did not want people seeing a millionaire developer represent them. I can only guess that Giovannis was there for his contributions to the party, as a member of the ‘New Forces’ wing of the party, membership of which does not require embracing the Marxist faith.

When the AJ production was released the developer refused to resign but did so after being threatened with expulsion by his upstanding comrades. Announcing his departure from the House seat he rarely put his arse on, he said: “The only guiding in my journey was the service to my fellow human being.” Amen.

STAR of the show was the lawyer Andreas Pittadjis, who acted like the model horkatos. He was a know-it-all, laughed at his own jokes, firmly believed he was the smartest kid in the room, boasted about how he could bend the rules and had an answer for everything. He also came up with the catch-phrase that is now on everyone’s lips – ‘this is Cyproos’ – to drive the message home that you can get away with anything in Kyproulla, especially if you are advised by a super-smart lawyer that does not have great respect for the law.

THE DAILY Alithia also carried a front-page opinion piece calling for Syllouris’ sacking and criticising the government’s decision to scrap the citizenship programme, but its metaphor was rather unfortunate. “You have a good shop, in a good area that has roaring trade. But suddenly you find out that some of its employees are cheating on you, either stealing from you or selling your products to the customers at a higher price and pocketing the difference. In such a case you do not close the shop until you reorganise/rationalise it from scratch, but you call in the police to arrest the thieving employees and put them in prison. And the shop continues its business as normal.”

If the opinion was not referring to a shop selling passports, then I completely misunderstood the metaphor for which I would like to apologise in advance.

PREZ NIK did not exactly close the shop by getting his finance and interior ministers to propose the scrapping of the citizenship by investment programme at Tuesday’s extraordinary council of ministers meeting. The shop would carry on accepting applications for citizenship until the end of October and would process the 586 applications that were pending, some 400 of them since 2019. Not a very efficient shop, by Althia’s reasoning.

Some developers posted adverts on their websites urging customers to apply before the ‘shop sales’ are over in two weeks. Astons.UK said “there is still time to apply for Cyprus citizenship before 1st November. Contact the Astons team today….”

The interior ministry issued an announcement stating that advertising Cyprus’ citizenship scheme was prohibited and subject to a €350,000 fine. The announcement also said, “Any new applications must be submitted by 12pm on Friday, October 30. The applications will only be included if they contain all the necessary information and the necessary backing documents.”

Had the ministry mandarins not realised that their announcement read like an advertisement? It was saying exactly what Astons was saying but in a different way.

PREZ Nik’s fellow leaders must have been having a chuckle at our man’s expense at Thursday’s European Council meeting. A few week’s earlier he had accused the EU of betraying its values and principles and headed to Brussels promising to “save the dignity of Europe.” There were no such boasts ahead of last Thursday’s Council meeting. Nik did not bring up the double standards of the EU nor did he accuse any member-state of putting their national interests above European principles this time, suffering indigestion from the big helping of humble pie he consumed last week. None of his fellow leaders offered to rescue the dignity of Kyproulla, which was in desperate need of saving after the Al Jazeera show. Once again, the Europeans let us down, all they were prepared to do was issue some routine condemnation of Turkey’s moves in Varosha.

THE PUBLIC parasites might be slow and unresponsive when serving people, but their alertness in spotting an opportunity for greater inactivity than usual is unrivalled. Their union Pasydy, seeing the spike in Covid-19 infections in the last few days saw a perfect opportunity for ‘working’ from home.

“In view of the safety and health of our colleagues, we believe it is imperative to work remotely in the public sector immediately,” Pasydy said. This is another way of demanding a fully paid holiday over and above the annual entitlement. These guys do not work when they are at their desk so what is the likelihood they would do any work remotely?

“Teleworking in the public sector during the lockdown period has proven that not only is this achievable, but also very effective,” said the layabouts of Pasydy, so we have our answer.

NEXT week we will give you details on how you can sign up to ‘Reinstate Syllouris – this is Cyprus” campaign.

Our View: Government must be ultra cautious over passports