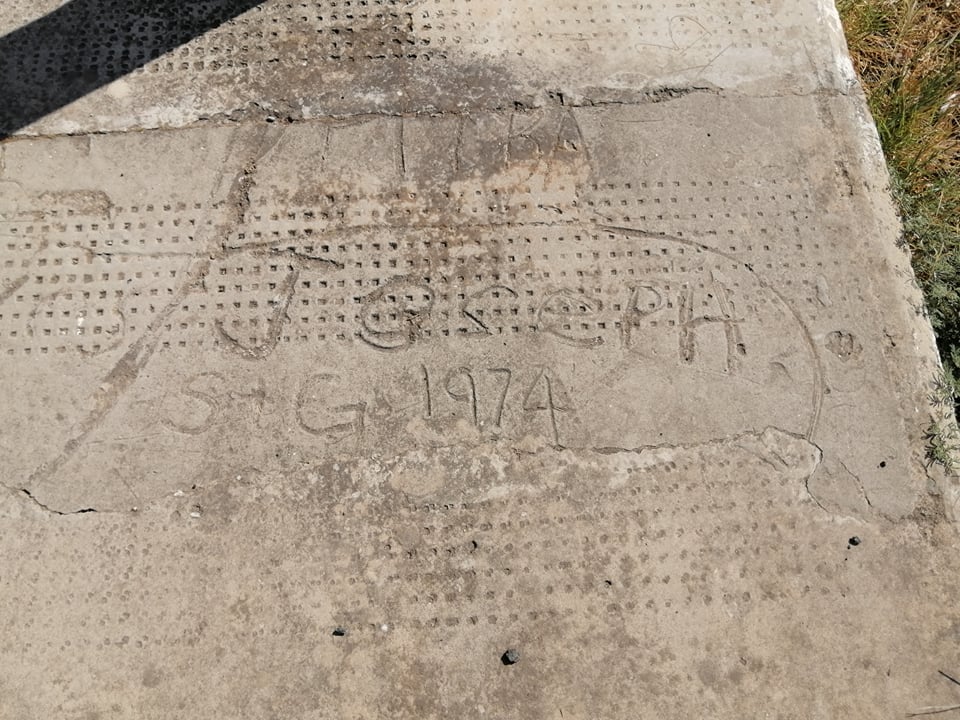 Are Lindsay+Mario and Marga +Walter still together?

A loving couple writing their names in wet cement, like carving them on a tree trunk, is an irresistible stab at romantic permanence the world over, but in frozen-in-time Varosha it has a special resonance.

‘Eric-Inga 1973’, ‘Anna und Ulrik’, ‘Lindsay+Mario’, ‘Marga +Walter, Germany’ are just some of those who declared their undying love on the streets of early 1970s Varosha.

Back then, former resident Anna Marangou who lived there until she was 23, said works were underway for the sewerage system.

“The whole town was in a construction frenzy,” she said.

And that meant endless swathes of wet cement perfect for pavement graffiti.

“I was surprised to find my own name that I had engraved back then. We did not notice them back then, but now we hang onto every detail,” Marangou said.

She was among the former residents who returned to the parts of Varosha that the Turkish Cypriot administration opened up to visitors last week after 46 years.

During my own trip there last Sunday I was moved, like everyone else, by the houses, the shops, the street signs, the weed-choked gardens, but I also found the pavement graffiti very touching.

Initially I thought it was the initials of the Turkish soldiers who served in the area over the years, but a closer look revealed names, couples’ initials, many of them clearly tourists, most of them from 1973, but some from 1972 and even 1974.

‘Anna und Ulrik’, ‘Lindsay+Mario’, ‘Marga +Walter Germany’ immortalised their love on Varosha’s sidewalks while ‘Michael Magnusson 21/6/1973’ and ‘Dan Brundin 21/6/1973’ were more precise about the time of their visit.

There’s even a ‘Marc Bolan’, but surely a fan of the lead singer of the early 1970s band T Rex, not the man himself.

Some even left their footprints.

What could have been perceived as vandalism at the time, today is a poignant piece of Varosha’s history.

But the question is: are Lindsay+Mario and Marga +Walter still together?

Coronavirus: Two schools in Limassol and Paphos to remain closed