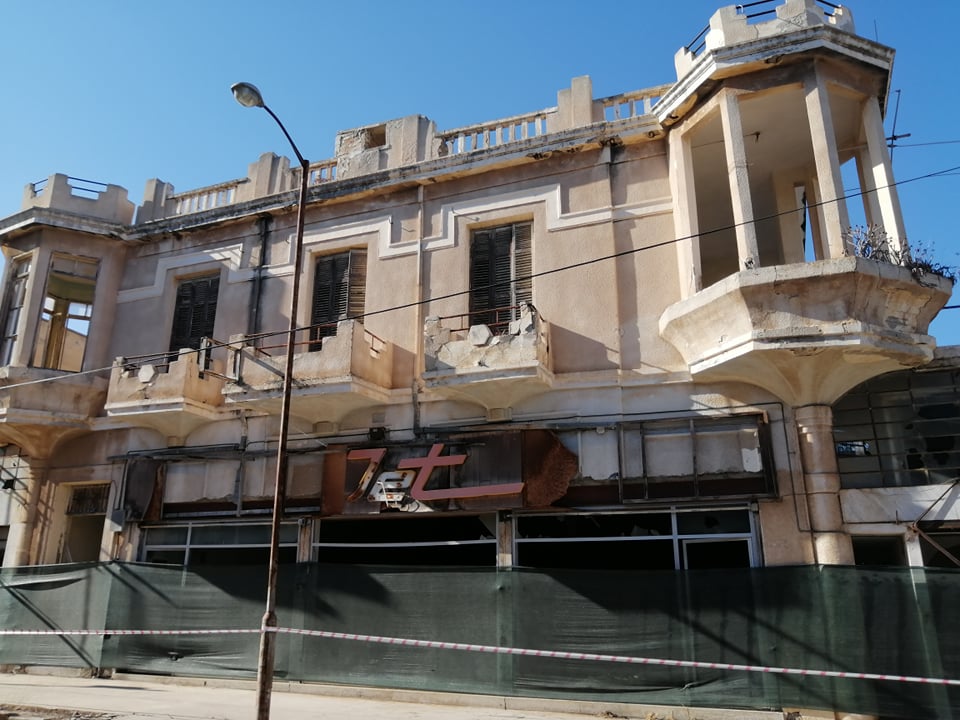 Varosha refugee Christos Fysentzou made the decision 16 years ago, the year of the referendum, that he would return home even if his 46-year-old ghost town was under Turkish Cypriot administration.

“I declared as early as 2004, when I felt so betrayed by all the developments over the years, that if there was a Greek Cypriot canton in Varosha I would go back,” said Fysentzou who was 10 when his family was forced to leave in 1974.

“The game they are playing on our backs is so vile, they leave us no other choice.”

The issue of refugees returning to the fenced-off ghost town has resurfaced since the opening to visitors last week of part of the area by the Turkish Cypriot ‘government’ with Ankara’s blessings.

No such offer of Greek Cypriot refugees returning to their homes since the reopening is on the cards, of course. However, the physical fact of visiting access to shops, restaurants, hotels and, more than anything else, homes which were out of bounds for over four decades has brought the question of ‘Would I go back even under Turkish Cypriot administration if they let me?’ onto the lips of Varosha refugees.

“The issue of return that is a big question hanging over every Varosha refugee,” Anna Marangou, 69, told the Sunday Mail.

The archaeologist and historian returned this week as a visitor for the first time since she fled with her family all those years ago.

“I felt like a foreigner, like a beggar,” she said, after seeing all the people strolling on the beach and the two main roads – Kennedy and Demokratias Avenues – to which access has been granted.

“I felt like where I’m I going to find justice, who will protect me and my town?”

For Iacovos Psaltis, the opening of Varosha was a reality check.

“The opening was a shock,” he said.

When he first started going to the occupied part of Famagusta, a few years after the checkpoints opened in 2003, he would gaze through the barbed wire into the crumbling buildings beyond.

“The feeling was that the town was there waiting for me,” he said, comparing this to the way Kyrenia had been developed since 1974 which was a sign it was lost to Greek Cypriots.

The return of the ghost town has always been one of the main bargaining chips in Cyprus negotiations and should, in a physical sense, be straightforward given that unlike other properties in the occupied areas no one lives there, and there is no issue of dealing with post-1974 occupants.

The ‘government’ in the north announced last year it would gradually open up Varosha and said it would respect the rights of the Greek Cypriot property owners, a move which was dismissed by the south as a PR stunt.

This seemed the right response when the Turkish Cypriot religious foundation, Evkaf, then claimed it owned most of Varosha, citing endowments dating back to the Ottoman rule. The Greek Cypriots swiftly countered that such claims became null and void because the British had compensated Evkaf as part of the independence arrangements.

For her, a decision whether to return to her property prior to a settlement is not something that can be answered now.

“We are at a very crucial juncture, this cannot be answered, it will depend on who will be elected in the north, if the negotiations will resume, if there is hope for a solution,” she said.

“But I will not accept any politician telling me what to do.”

Others too said the outcome of the elections in the north on Sunday and developments on efforts to reach a solution will determine their next move.

“We are always waiting for a solution as the best development,” said Psaltis, who left Varosha in 1974 aged 30.

He feels that if incumbent Mustafa Akinci, who opposed last week’s reopening, is re-elected as Turkish Cypriot leader, the prospects are very good.

“This is a critical juncture,” Psaltis said. But like Fysentzou, he said if things come to the worst, he would claim his property under Turkish Cypriot administration.

Fysentzou has already started legal proceedings demanding compensation for loss of use of his property.

“Not so much for the money but as the only way to declare we want our property back,” he said.

He described the impact on people like his parents of the loss of their properties. They were in their 40s when they were forced to leave, losing everything after managing to build four houses there, one for each of their children.

The family made their way to Limassol.

“My father was begging people to let them rent a house there because no one would let to them because we were refugees,” Fysentzou said.

Iacovos Loizides’ house is also in Varosha but 500 metres from the closed-off area. He too was 10 when his family left due to the invasion. He said he would “go back running” even under Turkish Cypriot administration but as part of a general agreement between the two sides.

“I would not return however under any unilateral move by Turkey aimed at solely serving its own interests.”

For Demetris Lordos, 65, this is a decision each will make in due time.

“Each and every one will decide for themselves when the time is right,” Lordos said. He added he and his family want a federal solution and a unified Cyprus where Greek Cypriots and Turkish Cypriots will peacefully co-exist.

But Famagusta mayor Simos Ioannou warns of the pitfalls awaiting those willing to return under Turkish Cypriot administration.

“The only solution is putting pressure for the relaunch of the talks,” he told the Sunday Mail.

He views Turkey’s latest move as a cruel tactic to pressure the Greek Cypriots.

“They allow people go see their homes, exerting emotional pressure so that they will want to return.”

The municipality’s position, he said, is the same as that of the government and political parties, that it would be wrong to return without a proper solution to the Cyprus problem.

“But on the other hand, no one can prevent anyone from returning under Turkish Cypriot administration if they wish to,” the mayor said.

He warned, however, of the political and economic ramifications.

“They will be paying taxes in the occupied areas, they will be under those authorities,” he said.

If Evkaf claims their property, he said, they would have to go to a Turkish Cypriot court and if they lose the case, they also lose their property.

Ioannou said at the moment, the state of play is threefold: waiting for the outcome of the elections in the north, the restart of the talks and the results of the pressure exerted by the EU, US and Russia on Turkey to reverse its decision over the reopening of part of Varosha.