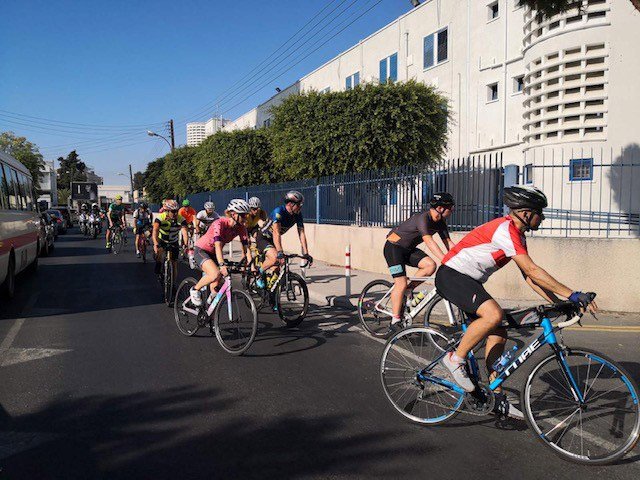 Despite coronavirus measures a cycle challenge has raised more than €40,000, the British bases announced on Monday.

“The second annual SBA Police Cycle Challenge took place on October 17 and organisers have confirmed it has incredibly raised more than €40,000 for two Cypriot charities,” the announcement said.

Cyclists started in the early morning hours on Saturday in Avdimou village and cycled to Ayios Nikolaos via Akrotiri and Dhekelia, covering a distance of 153 kilometres.

According to the statement, despite Covid-19 measures limiting the number of participants and community events this year, organisers were delighted with the money raised for the Cyprus Anti-Cancer Association and the One Dream, One Wish charity.

Bases administrator, major general Rob Thomson, who took part in the cycle challenge himself, explained why he was so keen to support the event shortly before setting off.

“We are here to raise money for a whole load of people who are suffering worse than us and it is really important for the anti-cancer Association and One Dream, One Wish, that we do our bit to raise money for those less fortunate than ourselves,” he commented.

Speaking after the event, Maria Ioannidou, from the Cyprus Anti-Cancer Society and George Penintaex, from One Dream, One Wish thanked all those involved in raising such a large amount of money.

“It takes great effort to make a wish come true for children suffering with different types of cancer. All our children and their families express their gratitude”, Penintaex said.

A further €4,000 was also raised prior to the event after police held a concert at Ypsonas and has already been presented to the charities.