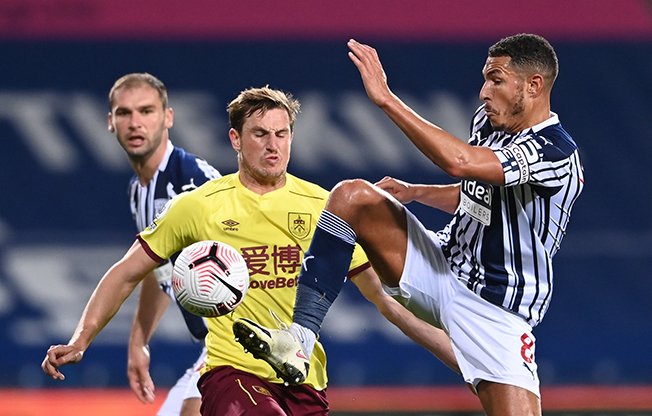 Fans were forced to pay £14.95 to see Albion hold the Clarets to a 0-0 draw at The Hawthorns on Monday evening

West Brom boss Slaven Bilic is concerned fans could be priced out of football after supporters had to shell out to watch the Baggies’ stalemate with Burnley.

Fans were forced to pay £14.95 to see Albion hold the Clarets to a 0-0 draw at The Hawthorns on Monday.

It ended ending the longest wait for a goalless draw from the start of a campaign in the Premier League’s history, coming in the 47th game.

Chris Wood should have won it for the visitors but hit the bar in the second half while Karlan Grant had a goal disallowed for offside as neither side found a breakthrough.

Games remain behind-closed-doors amid the coronavirus pandemic with fans now asked to pay for those not selected for regular TV coverage.

Bilic said: “It’s not my money it’s their money. Football should not be free, but affordable, and I always used to say football is not polo or golf, it’s the sport for masses, a working-class sport and it should be affordable to everybody.”

He continued: “It was a fair result, it’s not what we were looking for and our line-up and philosophy showed that.

“I told the guys to take this positively because I saw a big team effort, really good basics and organisation and the guys gave me everything.

“(Sam) Johnstone made a couple of great saves, that is why we got him. Those saves give him and the whole team confidence and the proof they are good enough.

“We were watching these guys on the TV last season and I can tell them they are good enough but if they don’t feel it, the points, wins or clean sheets – that’s the best way to believe it.”

Albion were initially the better side and Grant, a £15million new signing from Huddersfield, was denied a debut goal by a tight offside call when he headed in Grady Diangana’s cross after 26 minutes.

Johnstone saved from Ashley Barnes in the first half before Nick Pope thwarted Diangana and Matheus Pereira after the break.

But Wood should have won the game for Burnley when Ashley Westwood’s cross found him unmarked at the far post but he could only steer his 63rd-minute header onto the top of the bar.

Johnstone saved from Barnes again to ensure Albion earned a point but they remain winless.

Burnley moved off the bottom of the table after their first point of the season and boss Sean Dyche insists they can build on the result.

“A point on the board is important psychologically,” said Dyche, after three opening defeats.

“We’ve had three out of four away games, even thought it’s awkward times it’s still statistically difficult to win away games.

“In our first season back in the Premier League it took us until March. We’re better than that now but we get on with the challenge, that is what we do.

“We have to be careful with what we wish for and not over-demand because it’s an unforgiving league so there has to be a reality but we can build on that performance.

“We understand the challenges, they are not naive our players.”