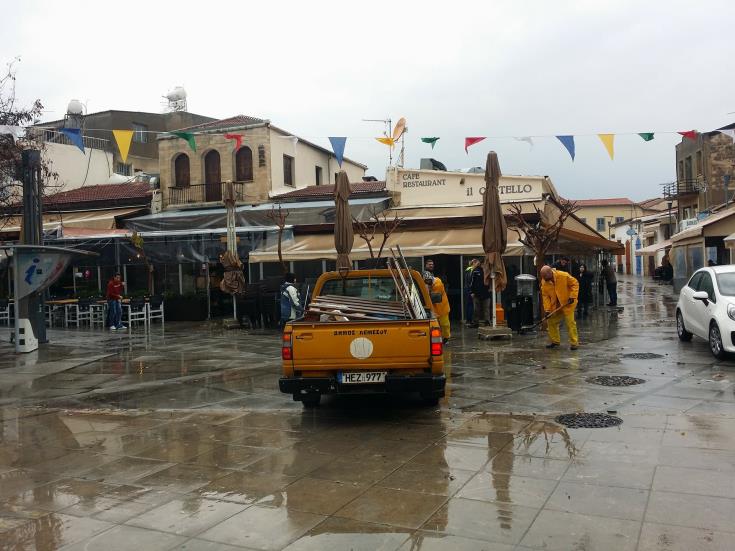 Pending completing of anti-flooding work, Limassol municipality is stepping up preventive measures in the event of extreme weather this winter, its mayor said on Wednesday,

Limassol neighbourhoods, particularly the area around the Castle square, has borne the brunt of flooding in previous years, with drivers becoming trapped in their cars and homes and shops sustaining damage.

Last January, Limassol mayor Nicos Nicolaides said that the city was paying the price of shortcomings in infrastructure, as improvement work underway should have been done years earlier. Overall, €35m in projects are planned for the city centre and the northern suburbs to prevent future problems.

Meanwhile, local authorities are coordinating action – including clearing and marking all the storm drains by the end of October and erecting protective fencing. They will also launch an information campaign for members of the public while the Limassol Sewerage Board is implementing a new online extreme weather monitoring system. Moreover, civil defence will take delivery of 1500 sandbags and will inspect more vulnerable areas.

“The experience of recent years has shown that special attention is needed to deal with extreme weather phenomena which are becoming all the more frequent,” he said.

The Limassol Sewerage Board has already invited tenders for anti-flooding works in greater Limassol and in the centre of town. Smaller projects are being promoted at local level, relying on the experience of recent years, the mayor added.

Pending their completion, special emphasis is being given to preventive steps and to quick response in the event of extreme weather.