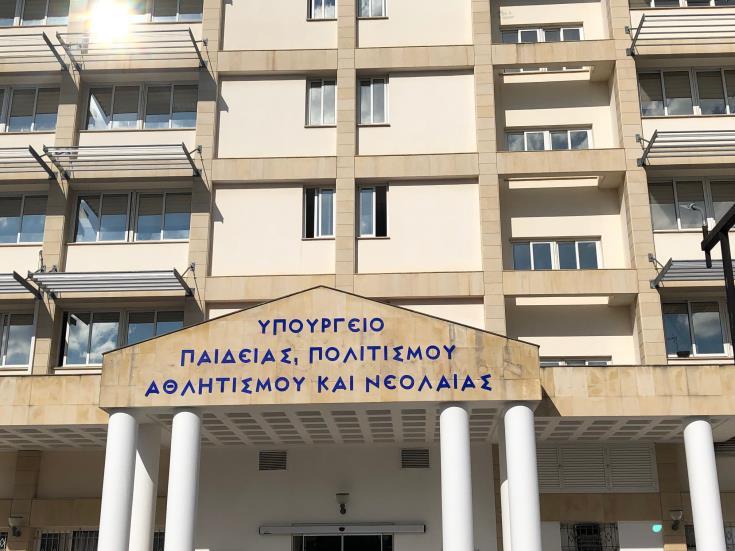 Following an uproar by politicians over the male-dominated composition of an advisory committee for the future deputy ministry of culture, the education ministry said the decision was not deliberate.

“The committee consists of personalities selected on the bases of their work, knowledge and involvement in cultural affairs and it is not meant to be representative of any areas or groups of the population,” the ministry said in a written announcement.

“What is of great importance is that after decades the government decided to give more weight and significance to the issues of culture with the creation of the deputy ministry,” it added.

Earlier, MPs called on the education ministry to reconsider the composition of the newly named advisory committee to reflect gender parity.

Only one woman, historian and writer Nasa Patapiou, was included on the 16-member advisory committee announced by the education ministry on Tuesday, sparking a protest from women MPs.

Early on Wednesday, ruling Disy MP Annita Demetriou tweeted that it was unacceptable for half of the population to be lacking representation. “There are equally capable women in the field of culture who deserve to be in positions of responsibility.”

She also called on the ministry to reconsider the composition of the committee based on “the equal participation of women and the representation of all the sectors of culture”.

The committee, which is composed of academics and people working in the arts, will advise the minister on the establishment of a new deputy ministry of culture under the education ministry.

The comment read “16 people: 15 men and 1 woman” adding three exclamation points to express her surprise for the low number of women.

Their tweets received the attention of other politicians, men and women, who agreed and applaud their initiative.

Citizens also expressed their anger on social media over the lack of inclusion of more women on the committee.

One male art graduate collected some responses on Facebook and posted them with the description “I’m often humbled and inspired by the force and energy, the passion and dedication, of the incredible women artists and cultural workers of Cyprus. In fact, women significantly outdo men in both numbers and impact.”

The ratio of men to women on the committee “is deeply problematic and can only be read as purposefully provocative” he added.

Other responses demanded members from different age groups so as to represent all generations and for the committee to be “less conservative”.

The issue of ethnicity was also raised, as commentators argued that 16 Greek-Cypriot do not correspond to the culture of Cyprus properly which includes many Turkish Cypriots, Maronites and Armenians.

“I am confused, for which future are we talking about?” a Facebook user wrote who wondered who this advisory committee represents.

Flu jabs almost out of stock in pharmacies