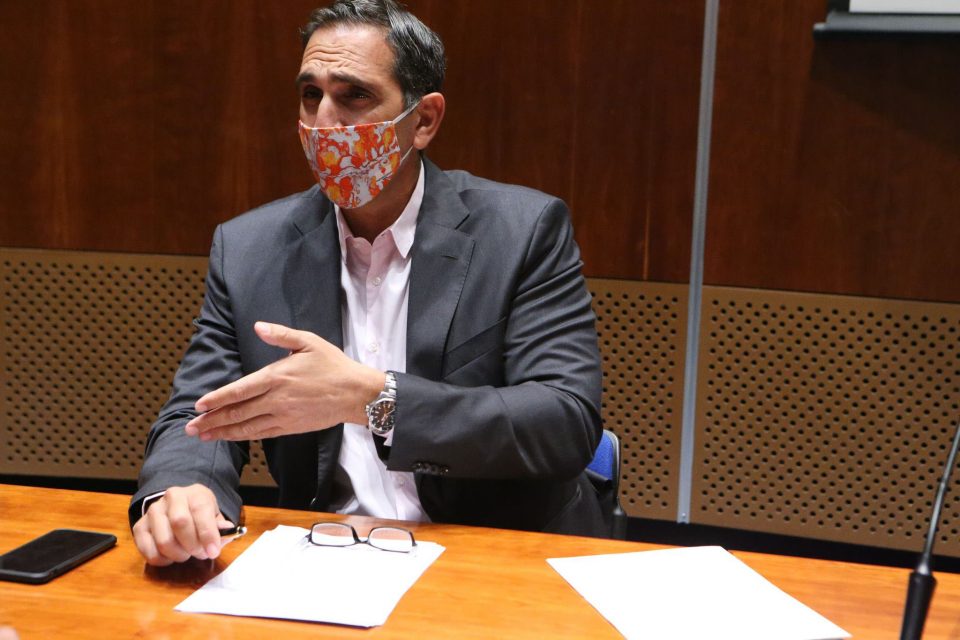 The use of masks will now be obligatory in all areas, including in the open air in all districts will be in effect from Friday, Health Minister Constantinos Ioannou announced on Thursday.

He also announced an 11pm curfew in the Limassol and Paphos districts, after a cabinet meeting in the morning.

All measures will be in effect from Friday and will remain in force until November 9.

As regards Paphos and Limassol, the minister said movement would be banned between 11 pm and 5am except for people needing to get to work, or for medical emergencies or visits to pharmacies. For this, people will need to present a confirmation or proof of the reason they are outside during the curfew.

Restaurants, bars, cafeterias, etc, including those within hotels, must close by 10.30pm but they can continue to deliver after this hour.

All sports and social activities of children under 18 such as football, dance, swimming or martial arts classes, choir practice etc, are suspended. Likewise, all sports championships for under 18s whose clubs are based in the Limassol and Paphos districts are suspended. If a Limassol club was scheduled to have a match with another in Nicosia, that event will be suspended until the end of the measures, the minister said.

The minister also announced measures for all districts, along the same lines as the ones announced last Saturday.

The use of masks will now be obligatory in all outdoor areas except while exercising,” Ioannou said. He reminded that masks were also obligatory in all indoor areas where two or more people are present, including workplaces, while confusingly, weddings are allowed to have 350 people at a dinner.

The only other change is that the number of people who can sit together at a restaurant table has been reduced to six from 10.

The maximum number of people that can be seated in restaurants is 75 indoors and 150 outdoors. The obligation to keep 3m² distance indoors and 2m² outdoors, regardless of each business’ size, is still in force.

Gatherings in houses must not exceed 10 people as well as in public spaces where groups of not more than 10 are allowed.

Sports events will take place without spectators, cinemas and theatres may operate but on 50 per cent of their capacity.

Supermarkets, food and beverage shops and pharmacies will serve only people over 60 and people with disabilities until 9am.

There can be no cocktail parties at weddings and christenings but only the physical presence at dinner of up to 350 people, while not more than six guests can be seated at each table.

As regards weddings and christenings, the health ministry later clarified that in the Limassol and Paphos districts, venues hosting such events between Friday and November 9, must close by 10.30pm. It also said that the night-time curfew must be observed also on these occasions.

Ioannou said the additional measures in Limassol and Paphos have been decided based on the epidemiological outlook in these two districts.

He said that in Limassol during the past 14 days, the average is 180 cases per 100,000 population which is over the 150 limit used by ECDC to place an area in a red zone.

Paphos has been recording an upward trend during the past two weeks, with the average now being at over 80 per 100,000.

According to the minister the transmission rate in Cyprus is now at 1.5 which is very high. “At the moment there is transmission at the workplace, in children’s activities and in social gatherings,” he said.

The minister also urged people to restrict the number of their contacts so in the case a person tests positive, authorities can trace their contacts within a shorter period of time and prevent further spread of the virus.

On average, each case has between 25 to 30 contacts, he said.

The minister called on people to strictly follow all measures. “Without discipline we will not have the corresponding results.”

Prior to the cabinet meeting, Ioannou met with the advisory committee on coronavirus to discuss the situation.

The new measures follow the steep rise in cases over the last few days. In total, 322 new cases have been recorded until Wednesday this week.

Earlier, director of the employers and industrialists’ federation (OEB) Michalis Antoniou, said they suggested a series of measures businesses can implement.

Speaking to state broadcaster CyBC, Antoniou referred, among other things, to remote working, training staff on what they need to do in case they test positive or are contacts of cases, grouping staff if possible so that if there is a positive case among one group the virus does not spread to all staff, meetings to be held through video conferencing, and restricting the numbers of visitors to workplaces.

Meanwhile, the Defence Ministry said that it was suspending all exercises and call ups of reservists until November 9.

Reservists will be notified about their next call up by their respective units.