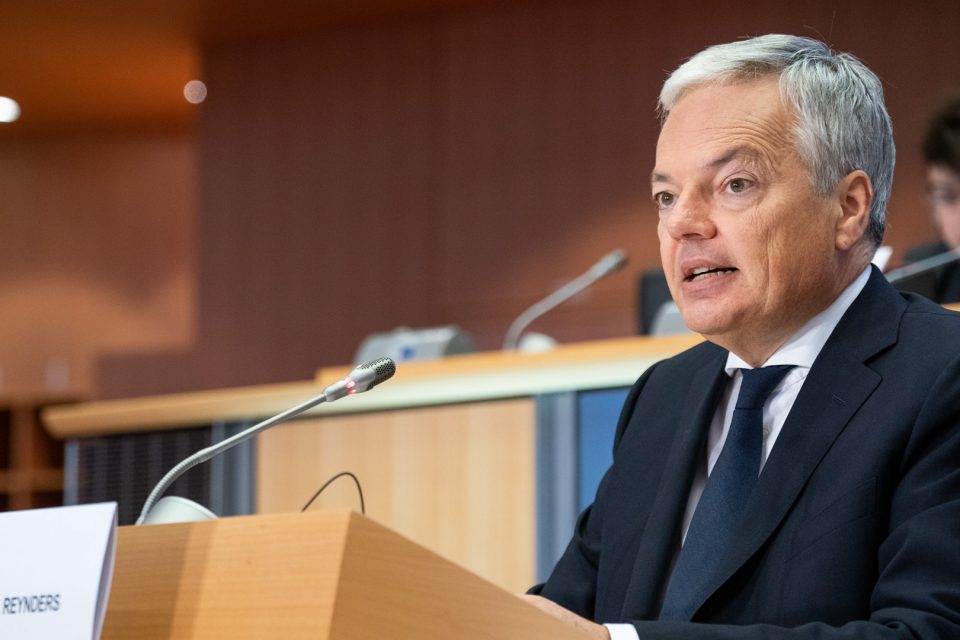 “EU citizenship may not be sold as a commodity. This violates European values and principles,’ Commissioner Didier Reynders insisted in the European Parliament on Thursday.

Reynders was scathing on the subject of Cyprus citizenship schemes, as well as on others, and on visa schemes in the debate held on Thursday in the EU Parliament on “Serious security threats through the sale of EU passports and visas to criminals.”

“The Cyprus government has announced the end of the current citizenship scheme, but a new programme is under discussion. Malta has done the same but is planning a new scheme as well. We are determined to see that this does not happen. We will show our determination and commitment that EU citizenship will not be sold as a commodity,” Reynders stressed.

Bulgaria has a similar citizenship scheme. Reynders warned that the Commission had already contacted the Bulgarian government on this subject, asking them to end the scheme. “A letter of infringement will be sent if the Commission deems it necessary,” he added.

Cyprus has received a letter from the Commission launching infringement procedures for its citizenship scheme, after Cypriot politicians, an MP, and the Speaker of the House, were caught on camera by undercover Al Jazeera reporters, allegedly offering to help a fictitious Chinese investor with a criminal record to obtain a Cypriot passport.

The Commission takes the position that a citizenship scheme violates European law. Cyprus does have the option of bringing the issue to court, however.

“These citizens, who have spent from €1 million to €2 million for their status, have no real link with the Member State that has granted them citizenship. Yet they can now enjoy non-discrimination across the EU, and can take part in European democratic processes, voting in elections, even running for office. The impact of these schemes on other Member States is not acceptable,” he commented.

A number of other Member States have ‘golden visa’ schemes, which do not grant citizenship, only residence.

Reynders agreed that residence schemes, or ‘golden visas,’ do not raise the same legal issues as citizenship schemes. “However, residence, once granted can be a prerequisite for obtaining citizenship. What’s more, these schemes pose risks in security, money laundering and corruption for the entire EU. These residents can travel without a visa throughout the Schengen area.”

Reynders said that the Commission would be carefully monitoring such visa schemes in the future to assure compliance. “Visa access should not be used as a marketing tool,” he continued. Adequate security checks must be made to ensure that other Member States are not negatively affected. The same steps must be made to prevent these schemes being used in tax evasion and money laundering, with “rigorous criteria to identify crime and corruption.”

In the debate, Cyprus MEP Loucas Fourlas noted that Cyprus is being made a kind of poster child for all the schemes across the European Union. “We should not single out Cyprus and its people in this way,” he said. “We should not punish a whole people for the mistakes of a few,” he added.

However, most of the other MEPs who spoke in the debate simply supported the Commission’s position.

One observer, however, noted that the Commission had significantly hardened its position on this subject recently. “The UK was a Member State, and it has its own ‘golden visa’ and citizenship schemes. It’s only after Brexit that the Commission came to the conclusion that such schemes violated EU law.”