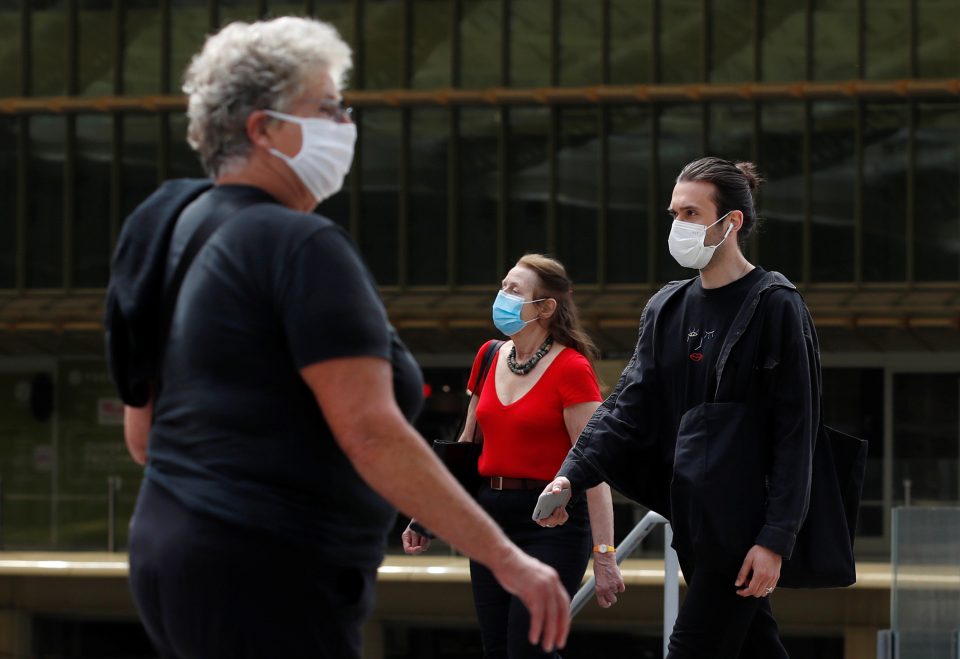 Those seeking clarification on when to wear a mask outdoors are unlikely to receive a clear, single answer as authorities are apparently interpreting Thursday’s decree slightly differently.

The announcement by Health Minister Constantinos Ioannou on Thursday – making the use of masks obligatory in all outdoor areas except when exercising – has led to widespread confusion.

On the one hand, the police appear to be sticking to the absolute letter of the decree while the health ministry is leaving room for common sense.

“If a couple from the same household are walking in a park and there is no one nearby for 3-4 metres then they don’t have to wear a mask,” Margarita Kyriacou, health ministry spokeswoman, told the Cyprus Mail on Friday.

“But if they are taking a walk in Ledra street in Nicosia they do have to wear a mask because there are lots of people there,” she said.

But police spokesman Christos Andreou said that the decree mandates masks be worn in all outside areas.

For the police, it appears unequivocal: “It says outdoor areas, it doesn’t even specify public areas,” Andreou told the Cyprus Mail.

However, he explained that the police would use their experience and judgement to determine genuine exceptions.

Kyriacou reassured the Cyprus Mail that the police have been instructed to be flexible where possible.

Some of the most common questions were along the lines of: “Will I have to wear a mask while walking my dog around the neighbourhood?”

The answer from the health ministry appears to be: use common sense.

“If it’s crowded, they have to wear a mask, otherwise if they’re taking a walk in the park or along the beachfront and they are alone – it’s not crowded – they don’t have to wear the mask,” Kyriacou said.

The other main point of confusion has been over what the policy of mask-wearing is at restaurants, bars and cafes.

Essentially, when you are sat at the table you do not have to wear a mask. That is the magic “mask-free zone”.

But you do have to wear a mask at all other times: when getting up to go to the toilet, to greet someone at another table or upon entering or exiting the establishment.